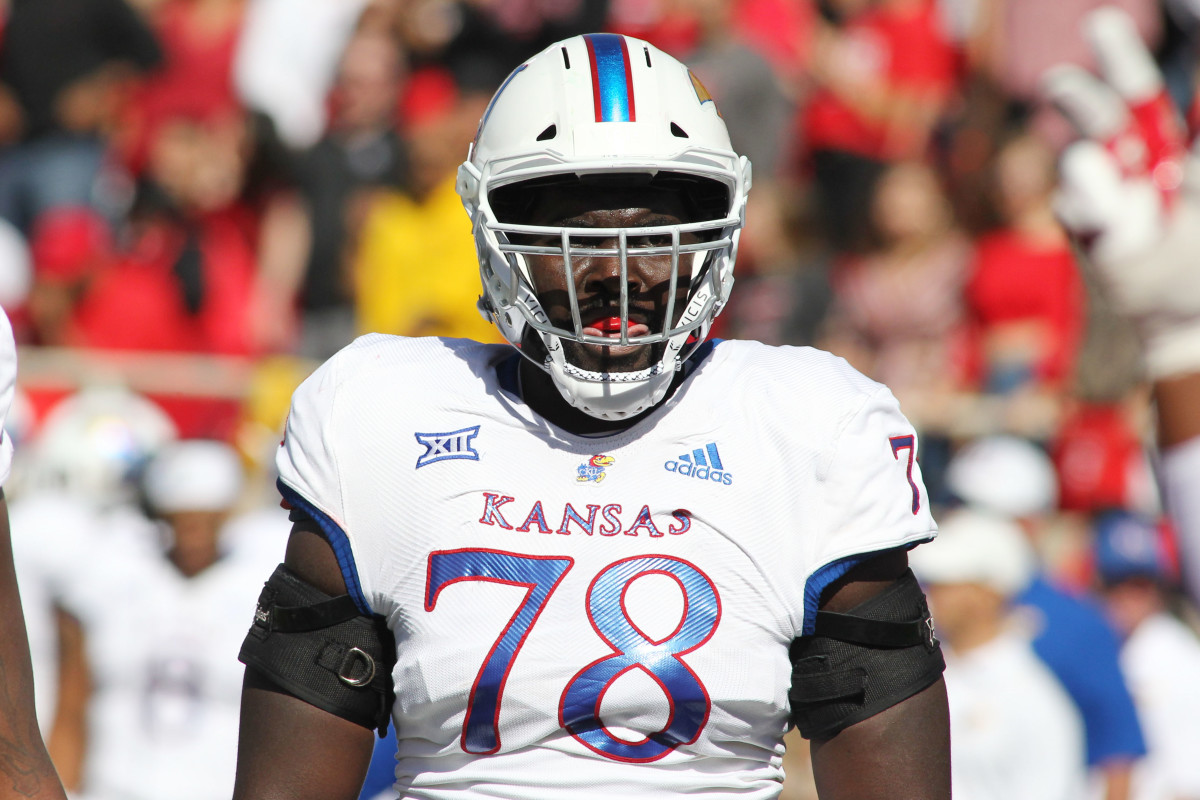 Typically a month before the NFL Draft, players like Kansas offensive lineman Hakeem Adeniji would be traveling all over the country for in-person interviews and private workouts. But as Sports Illustrated’s Jenna West recently reported, COVID-19 has completely disrupted the way incoming rookies, NFL coaches and scouting departments have been able to communicate.

The NFL made the announcement to shut down all visits and in-person meetings with potential draftees on March 13th and days later made a similar announcement regarding meeting with NFL free agents.

But the decision to keep the NFL Draft on schedule for April 23 has forced teams and incoming rookies to get creative in attempt to conduct business as close to usual as possible. For players like Adeniji, who was fortunate enough to have his Pro Day before the nationwide shutdown, that means conducting interviews via FaceTime and Skype.

The former Jayhawk told Sports Illustrated he prides himself on his cooking skills, so his ability to eat healthy hasn’t been hindered during this pandemic. Even when it comes to working out, Adeniji and other draft prospects have to think outside the box. Gyms and training facilities are temporarily closed, forcing many athletes to work out and exercise from home.

The 6-foot-4, 300-pound lineman ran a 5.17 40-yard dash and completed 26 reps on the bench press at the NFL Combine. He started all 48 games as a tackle for Kansas, but primarily worked out as an interior lineman at this year’s Senior Bowl. Two teams that need help along the interior offensive line include the Packers and Broncos.