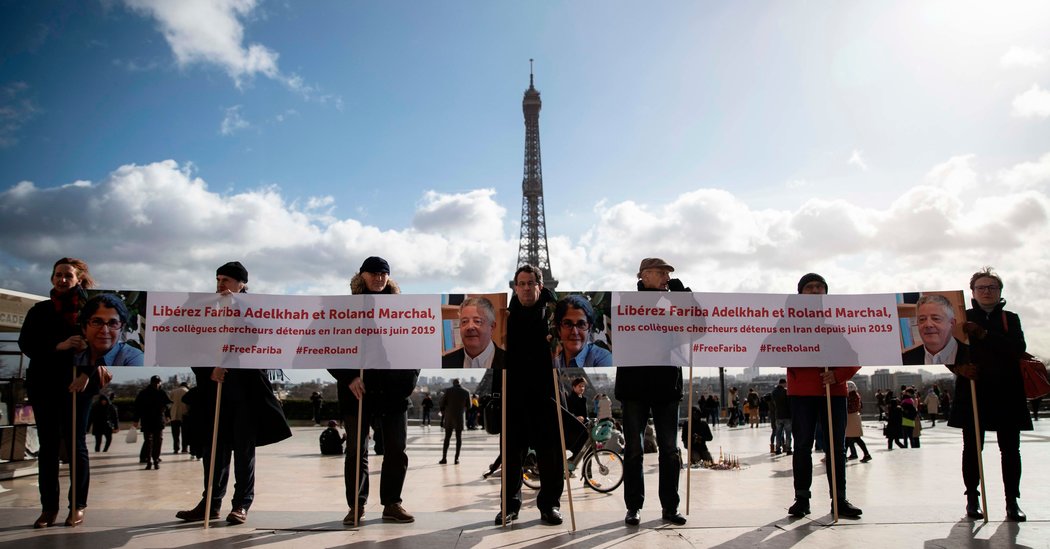 PARIS — Iran has released the French academic Roland Marchal, an official in the French president’s office said on Saturday, as part of a prisoner swap agreement with France.

Mr. Marchal, who had been imprisoned in Iran since June on security charges, was due to arrive in France around midday Saturday, the official said.

Iran and France had agreed to swap Mr. Marchal and Jalal Ruhollahnejad, an Iranian engineer detained by the French authorities over accusations that he violated U.S. sanctions against Tehran, Iranian state media reported on Friday. France had already released Mr. Ruhollahnejad, the state broadcaster IRIB reported.

The broadcaster said that Mr. Marchal had been “sentenced to five years’ imprisonment for acting against national security,” adding that his sentence had been reduced and he was handed over to the French embassy in Tehran.

President Emmanuel Macron of France has urged Iran to also release a second imprisoned academic, Fariba Adelkhah, who holds an Iranian passport as well as a French one, the French official said.

The detentions have complicated ties between the two countries during a period when Mr. Macron was seeking to defuse tensions between Washington and Tehran. The detentions have also coincided with a protracted standoff with Western powers prompted by a U.S. decision to withdraw from an international agreement to curb Iranian nuclear activities.

Mr. Marchal, a senior researcher at Sciences Po university, was arrested in mid-October.

In May, a French court approved the extradition of Mr. Ruhollahnejad to the United States to face charges of attempting to illegally import U.S. technology for military purposes on behalf of an Iranian company that U.S. officials said was linked to Iran’s elite Revolutionary Guards.

Rights activists have accused Iran of arresting the dual nationals and foreign citizens in an attempt to win concessions from other countries, a charge that the Islamic Republic has regularly dismissed.