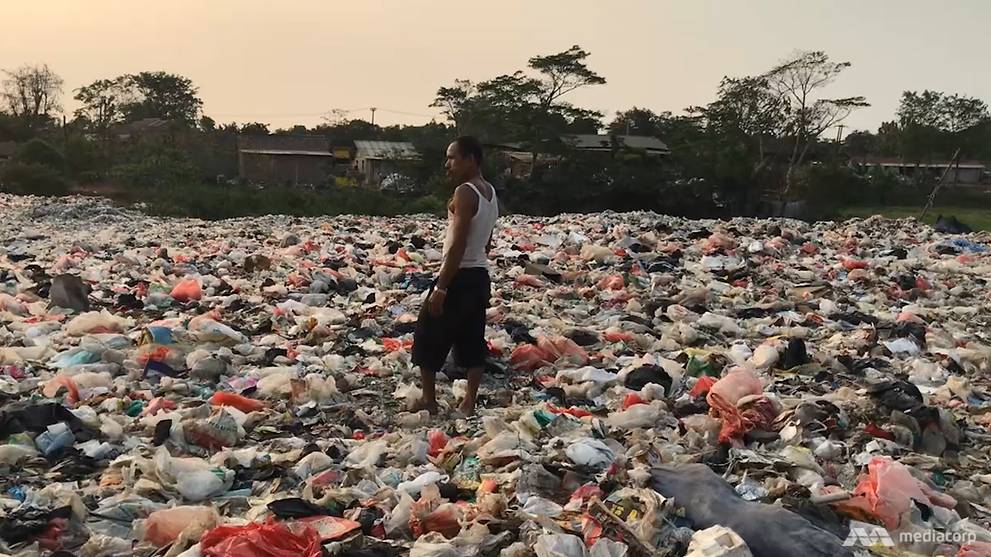 JAKARTA: Indonesia is one of the biggest contributors to plastic pollution in the ocean. It became a dumping ground for the world’s plastic waste after China’s ban on trash imports. And now, a new crisis is brewing in the country.

Its landfills are running out of space, even with only 60 to 70 per cent of urban waste being collected and taken to its hundreds of landfills.

Indonesia’s largest landfill, Bantar Gebang — the only one serving the capital, Jakarta — will run out of space next year, officials have said. It is not the only one, however, facing a deadline.

Owing to urban growth and increasing incomes, Indonesia’s mountains of waste are growing faster than anyone had imagined. “Every zone is almost full because of the increase in waste,” said Bagong Suyoto, head of the National Waste Coalition.

The country produces nearly 200,000 tonnes of waste a day — not only plastic but also paper, rubber, food, et cetera. A lack of funding and weak law enforcement, however, have resulted in an inadequate waste management system for years.

These problems are now coming to a head, the programme Undercover Asia finds out. (Watch the episode here.)

Across the country, most of the landfills operate as an open dump: The waste is piled high, with little control over any resultant environmental problems, such as groundwater pollution and the release of methane gas.

But as landfills are cheap to build and easy to maintain, there has been little incentive to make a change so far.

In West Java, the most populous province, there are even landfills located side by side with communities, with barely any separation from the surrounding farms and homes, like in Burangkeng.

Village resident Hatta and his family live 500 metres from the landfill there. And he complains that “everyone’s affected by the noise and smells”. But they have “tolerated it for 23 years”.

Younger residents such as Carsa Hamdani, however, are upset by the mismanagement of the landfill. He wants a different fate for his hometown, and is starting to take action.

He has enlisted the help of Bagong, who works with communities living near landfills. Among the veteran campaigner’s priorities is to make sure authorities give to Burangkeng something known as “smelly money”, or compensation for what they must face.

“The people of Burangkeng are merely fighting for their rights,” says Bagong.

One of the landfill’s most immediate hazards is the lack of water treatment facilities. By law, waste water in the landfill should be treated, and the rubbish should be covered regularly with soil to control the smell.

But many of Indonesia’s landfills, including the one in Burangkeng, are managed by private operators. And they do not always go by the book.

“The water flow here is uncontrolled, and it’s flowing to the paddy fields, killing them, making them unable to grow crops,” says Carsa.

“Then it directly flows into the river. And it’s very unfortunate. There should be better safety measures; instead, you see wastes piling up near the river.”

What he and other residents want is to be consulted about the landfill’s future, especially as landfill authorities plan to triple its size because it is getting full.

“If possible, don’t do any expansion,” urges Hatta. “Manage the waste properly, improve on it (and) align the policies with the will of the local community.”

Not far from Burangkeng is Bantar Gebang, which holds over 39 million tonnes of waste now, its towers reaching 40 metres high. It receives some 7,500 to 7,800 tonnes daily, says Bagong, “all day and night, especially in the afternoon”.

The clock is ticking, but its future is still being debated, along with that of other landfills across Indonesia.

The government wants to build incinerators to shrink the amount of waste and buy more time. But one reason there has been little progress is the thousands of people whose lives depend on landfills.

At Bantar Gebang alone, there are 6,000 scavengers who are part of an informal recycling network that salvages what Indonesians discard. No one has decided what to do with these informal workers if landfills get nothing but incinerated ash.

In a day, he can collect up to 100 kg of plastics that he can sell to makeshift workshops where the waste is further sorted and then sold to recycling factories.

In his experience, there is a buyer for almost every type of plastic except polystyrene and single-use sachets — which are, ironically, the most common plastic items in the rubbish heaps.

It is filthy, labourious work. And despite these efforts to separate recyclables from trash, about 40 per cent of what is collected from landfills is rejected by recyclers.

Indonesia’s big recycling companies accept only a specific kind of plastic — high-grade, clean and not mixed with other materials — in order to make water bottles, cups and straws, or plastic pellets sold to other manufacturers.

For many of these major recyclers, the only way to satisfy their needs is to look overseas.

“The quality of the materials in the country doesn’t meet our standards because (they’re) smelly, dirty and so on. What we have domestically isn’t enough,” says Indonesia Industrial Plastic Export-Import Association chairman Akhmad Ma’ruf Maulana.

“We’re heavily dependent on the import of (recyclables).”

Indonesia’s plastic recycling industry’s opportunity to grow came when China banned waste imports like plastic and unsorted paper products, with effect from 2018. Shipments of plastic waste to Indonesia that year increased by 141 per cent to 283,000 tonnes.

But it was soon discovered that what was shipped as recyclable plastics often came with dirty, low-grade and even toxic wastes, which were impossible to recycle and led to more contamination.

Paper recyclers also accepted unwanted plastics together with paper scraps, in return for a cheaper price.

Last year, when non-governmental organisations sounded the alarm about foreign plastic waste being dumped in Indonesia, there was public outrage.

The government took action: Extra permits are now needed before paper and plastic recyclables can be imported; customs inspections have been tightened; and hundreds of containers carrying contaminated scrap have been denied entry.

The stringent checks mean a longer time for legitimate recyclables to reach companies, and the industry says the new rules have hurt business. But the authorities are standing firm.

“These improvements are necessary. This is progressive,” says Achmad Gunawan Widjaksono, a waste management director at the Ministry of Environment and Forestry. “Our rules must catch up with developments in the world.”

Across the country too, an environmental movement is growing, spurred by what some have called a waste crisis. In Bali, images of choked beaches triggered a provincial ban on single-use plastics. Elsewhere, thousands of Indonesians have mobilised to clean up major rivers.

Even in Tropodo village in East Java, where at least 50 tofu factories have relied on cheap plastic fuel, especially from imported waste, there seems to be an adaptation to new realities.

While the chimney stacks of some factories continue to spew thick black smoke, the telltale sign of burning plastic, others have switched to wood.

Take, for example, factory owner Komar. Previously, his workers had to not only put up with the pungent smell of burning plastic but also breathe in the poisonous fumes. Firewood, he acknowledges, is more environmentally friendly.

“My motivation is to provide a better working environment, so that I’m able to receive more good prayers,” he says.

Replacing his burners cost him 150 million rupiah — not something many of his fellow tofu makers can afford. But with their old fuel supply drying up and the local government threatening penalties, there is no other choice.

Those working to clean up Indonesia’s waste recognise that the status quo must change. The country’s landfills are an example.

A lack of funding and technology are the challenges Indonesia must now overcome, says Bagong. “We need a new paradigm … and creative, innovative ways to dispose of our waste from the source, using different methods and technologies.”

Watch this episode here. Undercover Asia is telecast on Saturdays at 9pm.