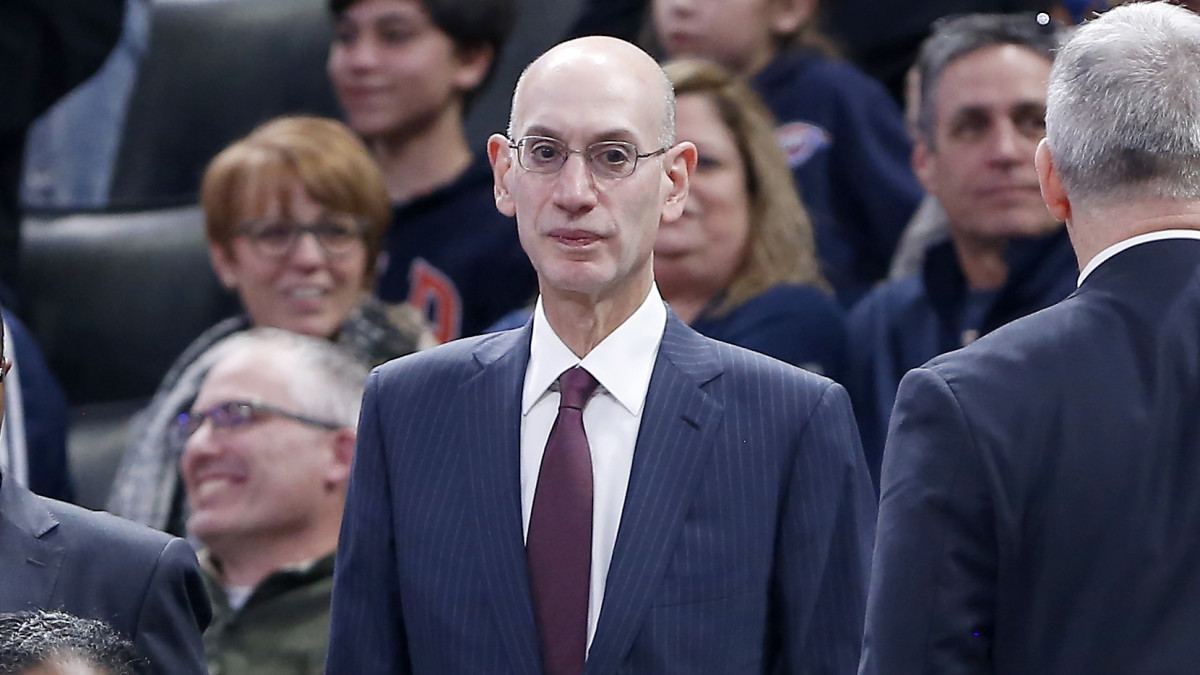 There are seemingly a million ripple effects from the NBA’s decision to suspend its season due to the COVID-19 pandemic. It’s not just the arena workers, or players’ health, or how players will work out, or what a late finish to the season could mean for the league schedule moving forward. It’s all of those things plus several other logistical concerns. One unifying force undeniably keeping Adam Silver, the players, and the owners up at night is also money. While the league unequivocally did the right thing in suspending its season, the financial penalties will be severe. And figuring out a roadmap for the future is just as painful.

If the NBA does try to put together some kind of tournament or faux-playoffs in the late summer, it will in large part probably be to recoup some of the massive losses everyone is taking during the hiatus. Let’s start with the players. First, 10% of their salary is withheld every season to ensure the players’ share of basketball-related income doesn’t exceed 51% of the pie. Typically this isn’t an issue, because revenue meets expectations, and that 10% goes back to the players. But with the league already (projected to be) losing hundreds of millions because of the China situation, and now taking an even bigger hit with the pandemic, that 10% is not getting back to the players.

On top of that, ESPN’s Adrian Wojnarowski reported the league has not committed to sending players their full checks on April 15, indicating the NBA could exercise the force majeure clause in the CBA, which allows the league to withhold 1/92.6 salary from players in the wake of an unforeseen event, like a war, natural disaster, or pandemic. These few months alone, if the force majeure clause is ultimately exercised, will cause both players and owners to lose significant dollars, which gives them both an incentive to get back on the court, even if it’s for something truncated.

And it’s not just this season that will feel the effects of the pandemic. Forget future scheduling—what about the salary cap? The salary cap, again because of China, was either going to dip or stay flat next season. Even staying flat would have been a problem, as teams plan (and sign contracts) with the assumption that the cap will rise incrementally every summer. A massive spike in the cap could put several teams in financial hell. Owners that typically avoid the luxury tax could be in tax hell. Role players will be making an outsized percentage of a team’s salary. The next free agency class—whenever free agency can happen again—will absolutely suffer the consequences as money tightens around the league.

The NBA can help mitigate these circumstances, but only to a degree. A one-year relief from the luxury tax would make sense, ensuring teams that weren’t prepared for this pandemic (which is every single team, I think pandemics is the one essay that hasn’t been presented at Sloan) won’t be doubly penalized. And perhaps the league can also convince the union on cap smoothing this time, engineering losses into the salary cap over several years as opposed to a one-time hit. But again, these set off new complications.

How long would cap smoothing last? The 2021 free agency class was potentially going to include Giannis Antetokounmpo, with LeBron James, Kawhi Leonard and Paul George also holding opt-outs for that summer. Will any of those guys want to become free agents if the cap still hasn’t returned to where it was this season? How would a potential years-long chill on player movement and free agency affect the league from both an interest standpoint and team-building one?

If the pandemic ultimately forces the NBA to cancel this season and delay the next one, the financial effects could last a very long time. Unless the league truly is willing to be flexible on its overall schedule, if next season is also shortened, there will be another revenue shortfall, and while likely not as severe, it will mean more time before business can return to normal. And these financial issues are not only about players and owners making less money. They could genuinely impact the product we see on the court, from which players become free agents, to which players teams can afford to sign under the cap, perhaps changing the trajectories of certain organizations whose five-year plans did not include massive losses.

Of course, all of this pales into comparison to the unprecedented public health nightmare the world is living through right now. The NBA will return at some point, and the league deciding how to divvy up billions of dollars won’t exactly draw anyone’s sympathy at the end of this. Still, if you are desperate for the NBA to return, it’s important to know business probably won’t be running as usual by the next tipoff. The financial ramifications of this pandemic, as too many Americans unfortunately know too well, will likely be felt for seasons to come.