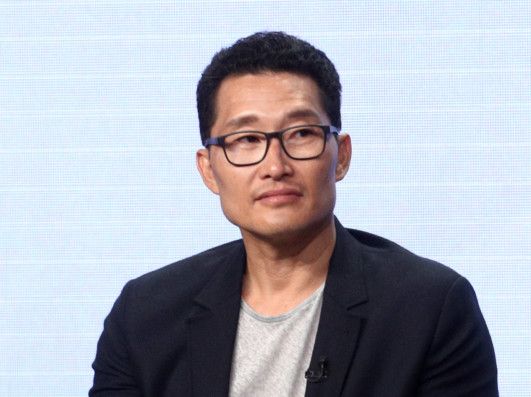 Kim, the ‘Lost’ and ‘Hawaii Five-0’ star, shed a light on the issue before and after revealing he tested positive for COVID-19. Prior to his Thursday announcement video, Kim explained on Twitter that he had originally been “silent in the face of the blatant acts of racism against Asian people” because “there have been so many it’s been too heartbreaking to comment on.”

Later going public with his diagnosis, Kim had a message for anyone using the pandemic as an excuse to aim hatred at people of Asian descent.

“Please, please stop the prejudice and senseless violence against Asian people,” he said in a video, calling out “certain political leaders,” such as President Donald Trump, who have falsely dubbed the illness the “Chinese virus.”

“Randomly beating elderly — sometimes homeless — Asian Americans is cowardly, heartbreaking, and it’s inexcusable. Yes, I’m Asian, and yes, I have coronavirus, but I did not get it from China … I don’t consider the place where it’s from as important as the people who are sick and dying.”

‘To All the Boys I’ve Loved Before’ star Condor also appeared to slam Trump indirectly on Twitter Wednesday while urging her followers to “be safe.”

“You have no idea the ramifications your racist words & actions have on the Asian American community,” she wrote. “You simply cannot even fathom the danger you are putting the community in. How dare you. You should be ashamed of yourself. You call yourself a leader?

“Please. Be better. So we aren’t afraid to leave our house in fear someone will verbally or physically abuse us because of your xenophobia.”

Addressing his thoughts directly to Trump, ‘Avengers’’alum Ruffalo also challenged the president to “do better” when speaking on the public health crisis.

“When you blame a virus on an entire race of people, you turn people against them,” he tweeted. “When you make these unscientific political statements, some of your followers begin to act violently and in exclusionary, xenophobic ways against these people.”

‘Crazy Rich Asians’ breakout star Golding added his voice to the chorus on Friday, insisting “the virus really doesn’t care where you come from.”

“Using dangerous rhetoric to incite racism isn’t what is needed right now,” he tweeted. “The virus … is unbiased to all. Stand up for each other in these dark times, it’s the only way we are going to make it out on the other end.”

As part of a new #WashTheHate campaign — aimed at combating “the rising tide of coronavirus-related discrimination and violence against individuals of Asian descent” — ‘Mulan’ actor Tzi Ma also shared a PSA on social media.

“We act out of our fears by wearing masks, hoarding supplies, and sadly, some of lash out at Asian Americans as if Asian Americans were responsible for this virus, just for being of Asian descent,” he said while scrubbing his hands in a minute-long clip. “Stop it. Acts of violence against Asian Americans will not stop the spread of this virus. So the next time you wash your hands, wash out the hate that you may have for your fellow Americans. Hate will get you sick, even if the virus doesn’t.”