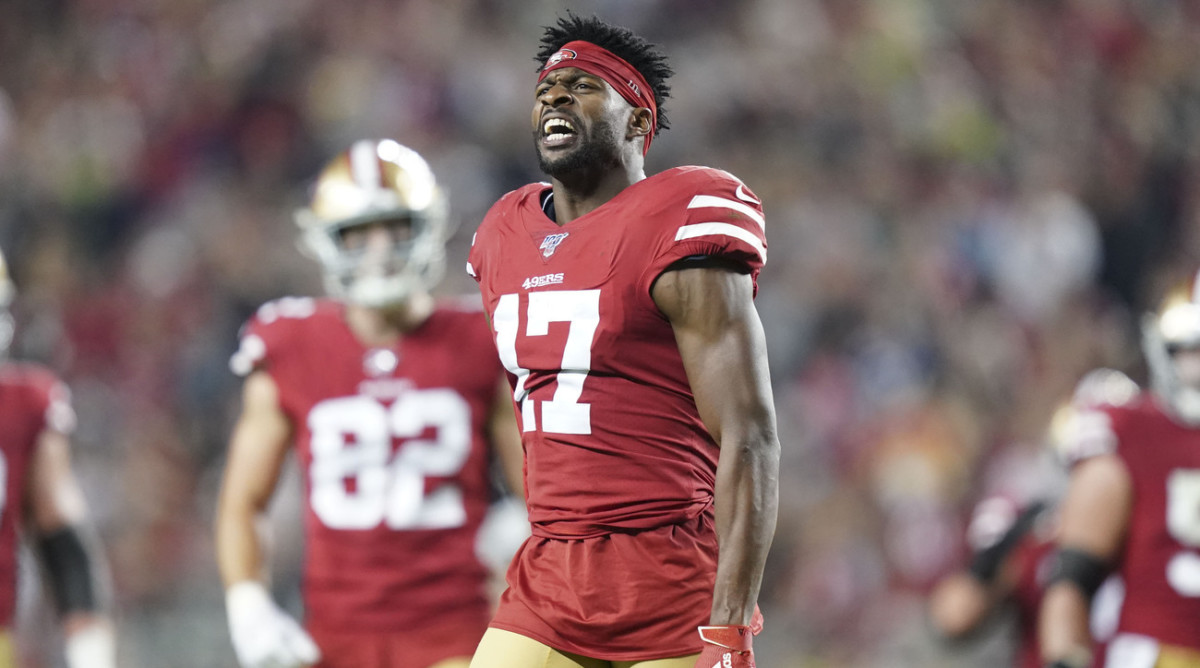 This is exactly the move the Saints needed to make, with Ted Ginn Jr. leaving via free agency and 2018 third-round pick Tre’Quan Smith yet to make an impact on the New Orleans offense. It’s a great fit for Sanders too, as he joins a high-powered offense that already includes Thomas, tight end Jared Cook, running back Alvin Kamara and a returning Drew Brees.

Sanders finished the 2019 fantasy football season as the WR27 in overall PPR points, but was only the WR41 on a per-game basis. It’s important to keep in mind that he was still recovering from surgery to repair a torn Achilles, yet played all 16 games last season. He may be another year older (33), but he’ll also be more than a year removed from that surgery when the 2020 season kicks off.

His in-season trade from the Denver Broncos to the 49ers will be remembered for how much it opened things up for Deebo Samuel to thrive. But it’s not like Thomas needs any more help being productive in New Orleans. In this case, the move is more about what Sanders can bring to the Saints and fantasy players.

Before suffering that Achilles injury that ended his 2018 season prematurely, Sanders was a legit WR2 in fantasy. Despite playing only 12 games, he finished as the WR20 in total points and WR18 in points per game. He also had back-to-back-to-back 1,000-plus yard seasons for the Broncos between 2014-2016.

So what’s his upside in New Orleans?

Thomas is still going to get the lion’s share of the targets and fantasy production as the top player at the position, but Sanders can still have a major role. He can play outside or in the slot and should serve as a solid short-to-mid-yardage option for Brees. Thomas and Cook should scoop up the majority of the goal-to-go targets, but Sanders does usually find his way into the end zone a handful of times per season (he’s averaging 5.7 TDs per 16-game pace in his career).

Sanders projects as a WR3 in fantasy for 2020. It’s tough to envision him cracking the Top 24 if Thomas is healthy (the 27-year-old has missed just one game in his four-year career) because of the sheer volume of targets he commands. The same can be said for Kamara and Cook’s target volume, effectively making Sanders the fourth option in the Saints offense. That’s a big reason why it’s been awhile since we’e seen two Saints wide receivers crack the Top 75 at the position.

Still, Sanders always finds a way to be fantasy relevant and is joining the best offense he’s had the opportunity to play with since Peyton Manning retired. He’ll be worthy of a top-100 pick in fantasy drafts.