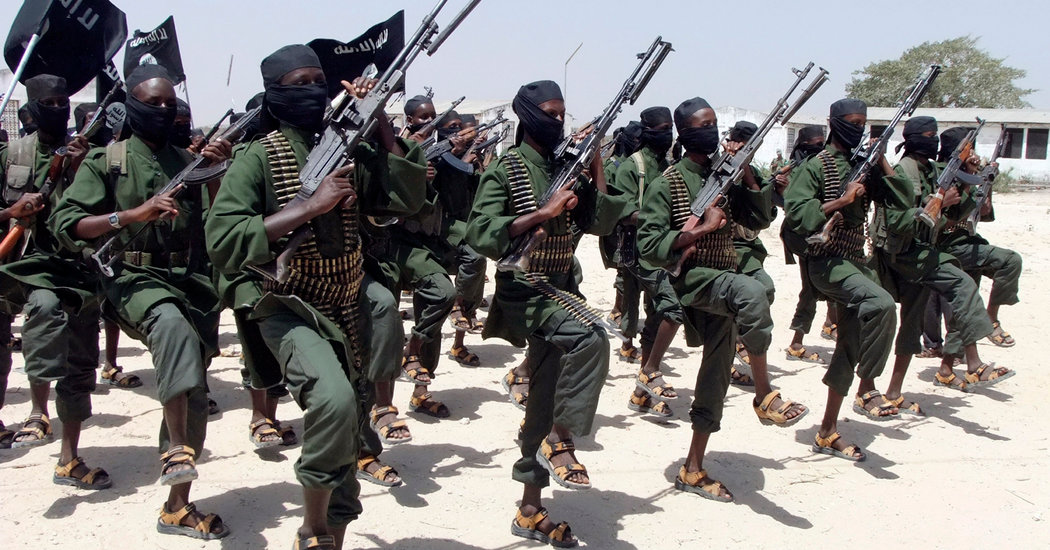 The Shabab formally pledged allegiance to Al Qaeda in 2012. But long before that, its members fought Western-backed governments in Mogadishu as the group sought to impose its extremist interpretation of Islam across Somalia. In defending the fragile government, the United States has largely relied on proxy forces, including about 20,000 African Union peacekeepers from Uganda, Kenya and other East African nations.

The United States estimates that the Shabab have about 5,000 to 7,000 fighters in Somalia, but the group’s ranks are fluid.

In recent years, the Shabab have proved adept at transforming itself into an agile and adaptive guerrilla force that has developed fiendishly sophisticated homemade bombs, including improvised explosives devices, or I.E.D.s.

Mr. Ali said the Shabab had expanded its popular base by building on the issues that afflicted Somalia, including the influence of warlords, tribalism, regional meddling, and the lack of a government to expand and deliver services.

“Ensuring that we deliver services, register and pay civil-service and soldiers, and properly register weapons coming into the country, these are important,” he said of the government’s priorities.