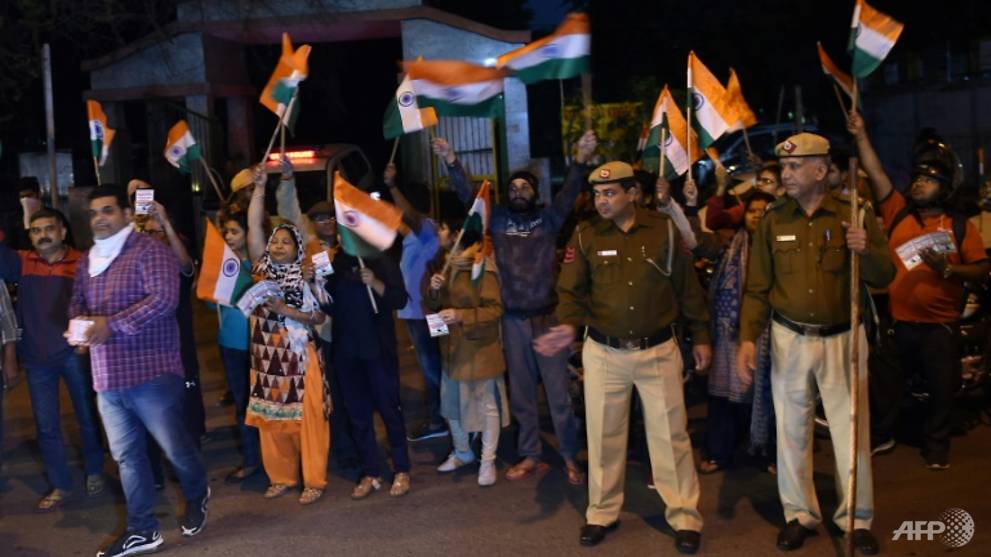 NEW DELHI: Four men were hanged Friday, more than seven years after a gang-rape and murder that stunned India. Here are the facts surrounding the crime.

Jyoti Singh, 23, was returning home from the cinema with a male friend when they boarded a private bus on the evening of Sunday Dec 16, 2012.

Six assailants knocked out the male friend and dragged Singh to the back of the vehicle where they raped and assaulted her with a metal rod.

After an ordeal lasting more than an hour, she and the friend were dumped for dead.

Singh survived long enough to identify her attackers but died a fortnight later in a Singapore hospital.

She was dubbed “Nirbhaya” (“fearless”) by the Indian media.

Police tracked down the driver of the bus and arrested him and three others on Dec 18. The remaining two were arrested within a week.

The five adults and one juvenile were charged with 13 offences in February 2013 by a fast-track court.

A month later, the main accused Ram Singh was found dead in his prison cell. Officials said he killed himself, but his family and lawyer alleged he was murdered.

That August, the juvenile was found guilty of rape and murder and sentenced to three years in a correctional facility.

The four remaining adults were found guilty and sentenced to death the following month in a fast-track court.

But it took more than six more years until they were hanged after a series of legal appeals.

Singh was studying physiotherapy and worked at a call centre. Her family had moved from a rural area and her father earned around US$100 a month as an airport baggage handler.

The men on the bus – Ram Singh, Mukesh Singh, Vinay Sharma, Akshay Thakur and Pawan Gupta – did menial jobs and lived in a slum in south Delhi.

Nearly 34,000 rape cases were reported in India in 2018 but there are likely many more victims too scared to come forward.

Huge and at times violent demonstrations involving tens of thousands of people broke out in Delhi and elsewhere over Singh’s case.

Under pressure the government introduced harsher penalties for rapists and the death penalty for repeat offenders.

But justice remains elusive, and horrific crimes against women continue to be reported.

At the end of 2017, there were almost 150,000 rape cases pending trial in India’s labyrinthine legal system.

India is among a dwindling group of nations that still have capital punishment.

A total of 186 people were given the death penalty in India in 2018, according to Amnesty International which said it was the highest in nearly two decades.

At the end of 2019 there were 378 people on death row, according to the National Law University.

However executions are rarely carried out, the last being in 2015 over bomb attacks in Mumbai in 1993.