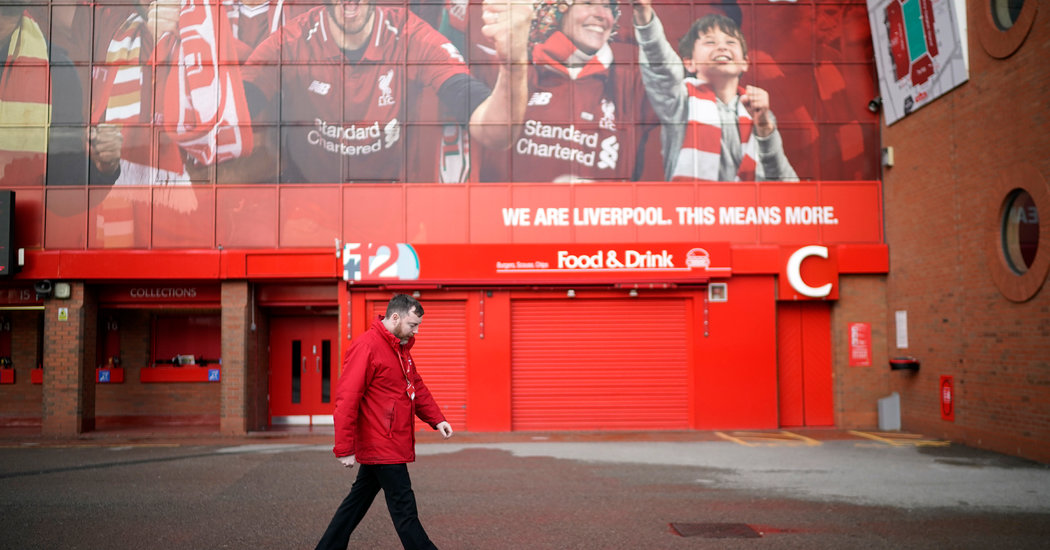 Mostly, though, Klopp focused on the human impact of such an unsettling time. He told Liverpool’s employees not to panic, not to be afraid. He told those players who were far from their families, and those that live alone — like Takumi Minamino, a Japanese midfielder only recently arrived in England — that they would have the support of the club, that they would not be alone. He told them all not to put themselves, or anyone else, at risk. He told them not to worry about league titles.

When he finished, the mood was somber. The players said goodbye: not shaking hands, not hugging, not knowing, really, when they would see one another again. A squad that had brought Liverpool to the brink of a historic moment drifted off, unsure whether the season’s pause would be the end of their story, or merely a gap in it.

Over the weekend, there was a flurry of WhatsApp messages, as there always is. The players did not talk about the league title or whether, if the season was canceled, they might be denied their chance to win it. Instead they were discussing what they were seeing on the news. Many had friends at clubs far less financially secure than Liverpool; they tried to find out how — if — they might survive a shutdown.

Jordan Henderson, the team’s captain, noticed a report that an initiative to help stock a food bank in the city, like similar ones elsewhere, would suffer because it gathered as much as a quarter of its donations on Liverpool matchdays. He sent a message to the organizers to say that the players would cover the shortfall.

On Sunday, when Liverpool should have been preparing for the week it has been awaiting for 30 years, the defender Joël Matip ran laps in Sefton Park, a peaceful, verdant spot to the south side of the city, not far from Penny Lane. He passed by almost unnoticed. For now, that is all Matip — like his teammates, like his team’s fans — can do: go around in circles, and wait for news.