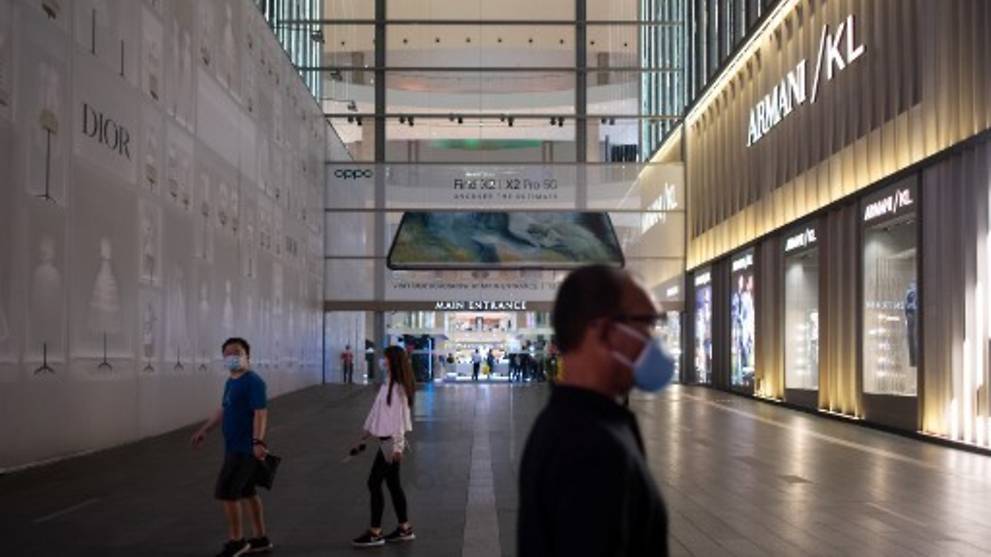 KUALA LUMPUR: When the Malaysian government announced a two-week movement control order starting on Wednesday (Mar 18), Mr Wong Kok Wah had no choice but to remove perishables from the fridges in his coffee shop.

He had bought several hundred ringgit worth of vegetables, meat and tofu for the week’s business.

“I took some home and shared some with my relatives. What to do? Who will compensate us for the losses?” said the 62-year-old, who runs a coffee shop in Cyberjaya, a tech hub next to Malaysia’s administrative capital of Putrajaya.

Almost all of his customers are those who work in the township, and there is “no point” opening for business even though restaurants are still permitted to operate for takeaways and food deliveries, when non-essential businesses and schools nationwide were ordered to close.

“Rental for the premises and salary for our four workers still have to be paid even though we’re closed,” said Mr Wong.

The measures to restrict people’s movement were put in place by the Malaysian government and aims to rein in the COVID-19 pandemic in the country. On Friday, confirmed cases rose to 1,030 – the highest in Southeast Asia – with three deaths.

Malaysia closes its borders to foreigners, while citizens are barred from leaving the country for two weeks. Prime Minister Muhyiddin Yassin, on Wednesday night, pleaded with Malaysians to “just stay at home” so that the chain of infection can be broken, or the government may be forced to extend the order.

The 14-day nationwide shutdown has thrown daily life into disarray, with people scrambling to stock up on groceries and making plans to work from home.

While the livelihood of many people have been affected, especially those who live hand to mouth, those interviewed by CNA said they understood the necessity of such an order, given the severity of the COVID-19 situation.

With events postponed or called off, freelancers who depend on gigs are feeling the pinch.

A musician, who only wanted to be known as Raj, usually performs at pubs and bars, but these establishments are closed during the two-week period.

“I am going to have to be extremely prudent. With bills to pay and commitments to meet, it will not be easy,” he said.

“Thankfully I was not booked for any weddings this month, or my losses would have been greater.”

Cancelled events aside, photographer Thomas Tam said a client of his has also deferred payment, claiming that his invoice cannot be processed when the office is closed.

“I have a job which was earlier completed and the payment was supposed to be made in the middle of March,” he said.

“But due to the movement control, the client’s company has stopped operations and this has resulted in the payment being postponed to the end of the month or early next month.”

The movement control order has also derailed plans for many people. Yong Chang Pong, 31, had wanted to make arrangements to sign up as a driver on an e-hailing app in the second half of March.

To qualify as a driver, he needs to go for a medical check-up, send his car for inspection and obtain the Public Service Vehicle licence, but these have to be put on hold for now.

“I work in property development in Ipoh, but the market has been quite weak, so I want a side hustle to supplement my income,” the 31-year-old said.

IMPACT OF COVID-19 TO LINGER

Globally, the COVID-19 pandemic has infected more than 240,000 people and claimed at least 10,000 lives, leaving significant ramifications on the economy.

Most industries are reeling from the impact, which is expected to last for some time.

Mr Wong, who runs the coffee shop in Cyberjaya, said business has dropped by 30 per cent even before the movement control order was enforced.

“People stopped dining out because of the coronavirus, while many of those who still came showed up in masks,” he said.

“In the months to come, I will cut down on personal expenses and don’t spend so much,” he added.

READ: Rohingya, UN step up efforts to get Malaysia refugees screened for COVID-19

Mr Tam, the photographer, said many weddings have been postponed to the end of the year or early next year. Commercial events have mostly been cancelled.

He said he lost up to 90 per cent of his usual income for March, adding that he would not anticipate much business at least until May.

Despite the loss in income, they told CNA that it is important for all Malaysians to abide by the movement control order and to continue taking necessary measures to contain the spread of COVID-19.

Makeup artist G Suganthi, who runs the business with her sister, said the cancellation of events has caused them “great losses” in income, but she is relieved that people are taking the order seriously.

“We haven’t got confirmed dates for the events that were postponed, because everything is uncertain and things will only go back to normal once the control order is lifted and the situation is under control,” she said.

“We think this is a good move for now because our priority should be everyone’s well-being. We are also thankful that brides are being very responsible at a time like this.”

Swimming instructor Shauqie Aziz, 29, has had to cancel all swimming classes for the duration of the order. He said that while his business is affected, he knows this period is difficult for many other people.

“We have to follow the order in the interests of the country,” he added.