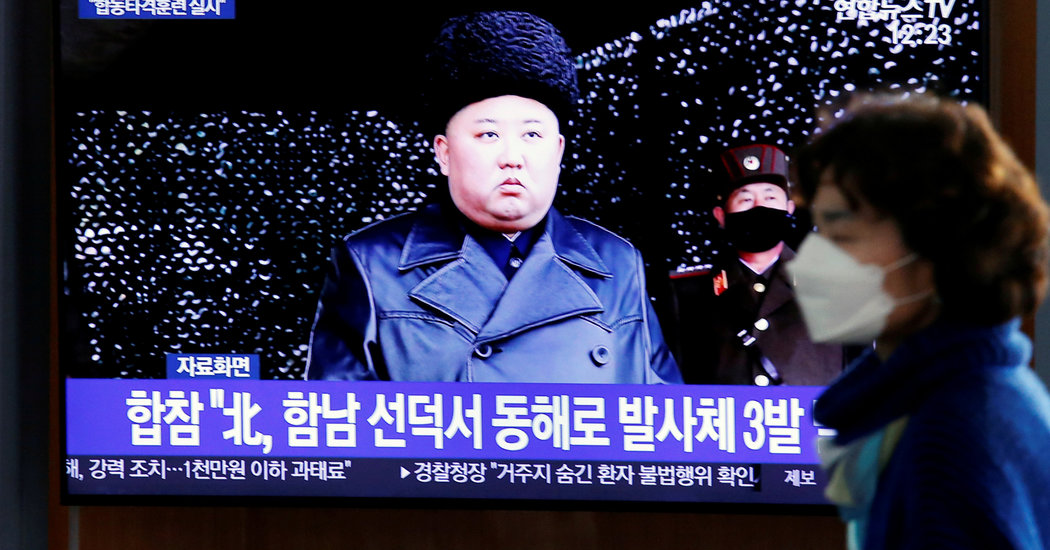 The missiles were fired from North Pyongan Province in the northwest of North Korea and fell in waters between the North and Japan, South Korean defense officials said. They provided no further details, as they were analyzing data collected from the test.

In its last weapons test, on March 9, North Korea fired various types of multiple-rocket launchers as part of a live-fire winter military drill overseen by its leader, Kim Jong-un. The country conducted a similar live-fire drill on March 2.

These tests marked North Korea’s return to its provocative behavior a year after a failed summit meeting between Mr. Kim and President Trump.

The summit meeting, held in Hanoi, Vietnam, in February of last year, collapsed over differences regarding how to denuclearize North Korea and when to ease American-led U.N. sanctions.

Afterward, Mr. Kim repeatedly said North Korea was no longer interested in diplomacy with Washington. He also warned that his country no longer felt bound by its self-imposed moratorium on testing nuclear weapons and long-range ballistic missiles and that the world would witness a new strategic weapon “in the near future.”