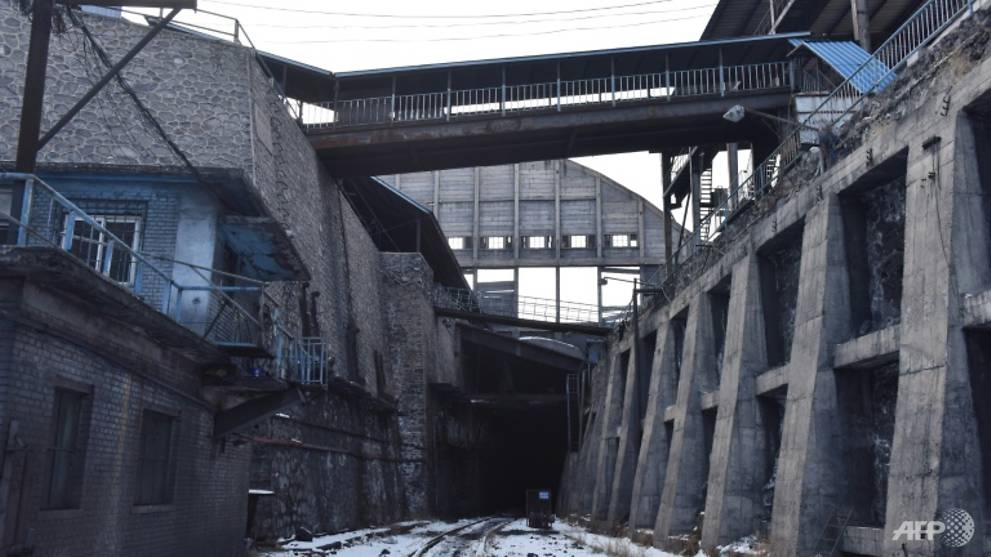 MENTOUGOU, China: Gutted factories, rusting pickaxes and crumbling homes that will soon be abandoned dot the scarred hills in Mentougou – home to Beijing’s last coal mine slated to close this year as the city battles chocking smog.

One of China’s oldest mining towns it has powered the capital for nearly 300 years.

But more than 270 coal mines in the area have been shut down over the past two decades, as China scambles to cut carbon emissions and switch to renewables.

The last remaining mine – which employed about 7,000 workers at its peak – will fully close later this year.

“Once the Datai coal mine closes there won’t be any coal mines in Beijing left,” said Ma Shihui, a miner from Sichuan.

The young workers have already collected their severance cheques and moved to cities to find work.

But hundreds of others like Ma have little hope of finding new jobs due to old age and have no rights to farmland in their villages.

Now his family survives on a 1,540 yuan monthly hand out from the mining company.

“My family doesn’t have farmland anymore … So I can’t go back. Even if you go back it’s no use, you couldn’t survive.”

According to Beijing Jinmei Group, the state-owned enterprise that owns the mines near the capital, the government-mandated closures will mean the loss of six million tons of coal production capacity and the “resettlement” of more than 11,000 workers, mostly migrants.

Those left behind like Ma go twice a day to sign an attendance sheet at the mine office. They also help sweep away shredded documents and recycle mining waste.

Beijing’s last coal mine was scheduled to close in March, but this has been postponed indefinitely due to the novel coronavirus outbreak, a mine official told AFP.

“I hope the company will be able to arrange some work for me at their other mines in Ningxia or Shandong,” said Ma “I don’t mind even working as a cleaner.”

Miners suffering from lung diseases after inhaling coal dust are also stuck in this dilapidated town southwest of Beijing, because their government health insurance only covers treatment from hospitals in the area.

A miner from Guizhou surnamed Zhang said he was diagnosed with black lung disease in January last year. He had worked at the Datai mine for 30 years.

The government has promised 380,000 yuan in compensation for sick mine workers, Zhang said, but the money hasn’t reached many.

Some 1,400 workers suffering from occupational illnesses have filed a lawsuit against the mine operator, accusing the company of syphoning their compensation for work-related injuries.

Calls and faxes to Beijing Jinmei Group on the issue went unanswered.

Liu Sheng, 51, had worked in coal mines since 1989. He was forced to retire in 2012 after being diagnosed with black lung disease.

“The main thing about this kind of illness is lung trouble. It takes a lot of effort to go outside … It can’t be cured,” Liu said.

Liu now lives on a 4,000 yuan monthly government handout. He is unable to return to his village in Sichuan because the health insurance card given by the company is only accepted in hospitals in the Mentougou area.

China accounts for half of the world’s demand for coal and almost half of its production. But the country is switching to greener sources of energy to fight chocking smog and reverse the environmental damage from its coal addiction.

A local government circular says they plan to turn Mentougou into an eco-park, with “green mountains, blue waters and red tourism,” spotlighting the coal town’s role in helping the communist party.

Beijing’s subway line is being extended to reach this far corner in hopes it will bring curious tourists.

But so far, there are no hotels or even adequate public toilets to cater to visitors.

“First officials tried to introduce sheep herding, but it ended up harming the already deteriorated environment,” he said.