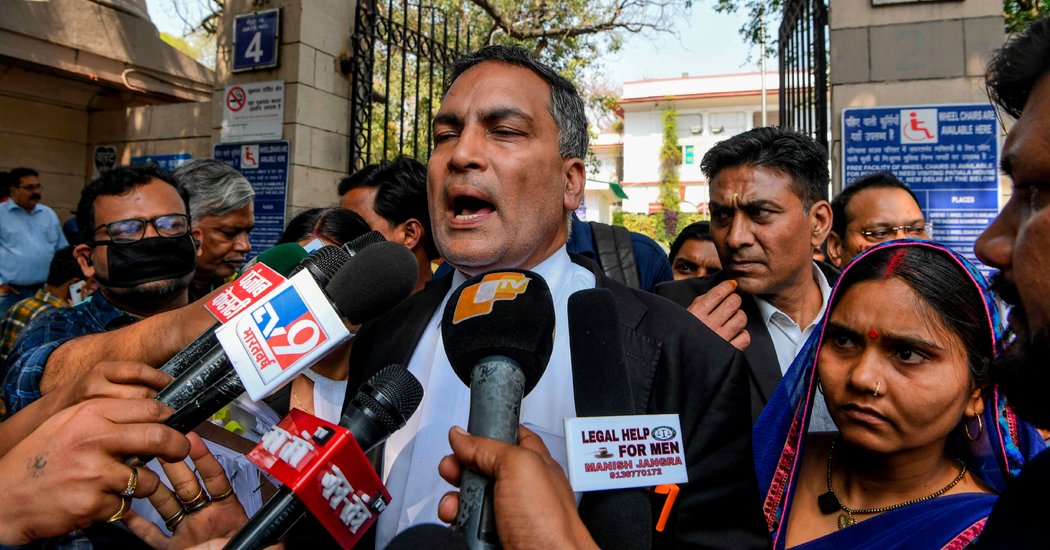 In recent weeks, as it became clear the courts were losing patience, Mr. Gupta’s mother, Indira Devi, who works at the same small stand selling grapes, apples, cherries and oranges as her son had, said she didn’t have the strength to talk to her son anymore.

“It’s nearing the end and still no one listens to us,” she said.

On the night of the attack, Dec. 16, 2012, the physiotherapy intern and a male friend were leaving a mall in New Delhi after watching the film “Life of Pi.” A private bus, mostly empty, offered them a ride.

According to investigators, the passengers on the bus were the Singh brothers, Mr. Kumar, Mr. Gupta, Mr. Sharma and the juvenile. They had robbed at least one other person that night, the police said. When the intern and her companion boarded, the men locked the doors and savagely attacked the couple.

As the bus cruised Delhi’s streets, the men raped the woman, rammed the iron rod into her body, beat her and bit her all over. An hour or so later, they pushed the couple’s bloody, naked bodies out the door and left them for dead.

The victim’s male friend recovered, but the woman died 13 days later at a hospital in Singapore.

“It’s like she had been dragged from the clutches of animals,” her mother said.

Her mother, who has become a women’s rights activist and now travels around India speaking against rape, said that at a recent court date, one of the convict’s mothers asked her for forgiveness.

“I can’t forgive,” the victim’s mother said. “All good memories of my daughter are gone. When I see her in my mind, I see her blood-streaked face. The face of December 16 is the only face that comes.”