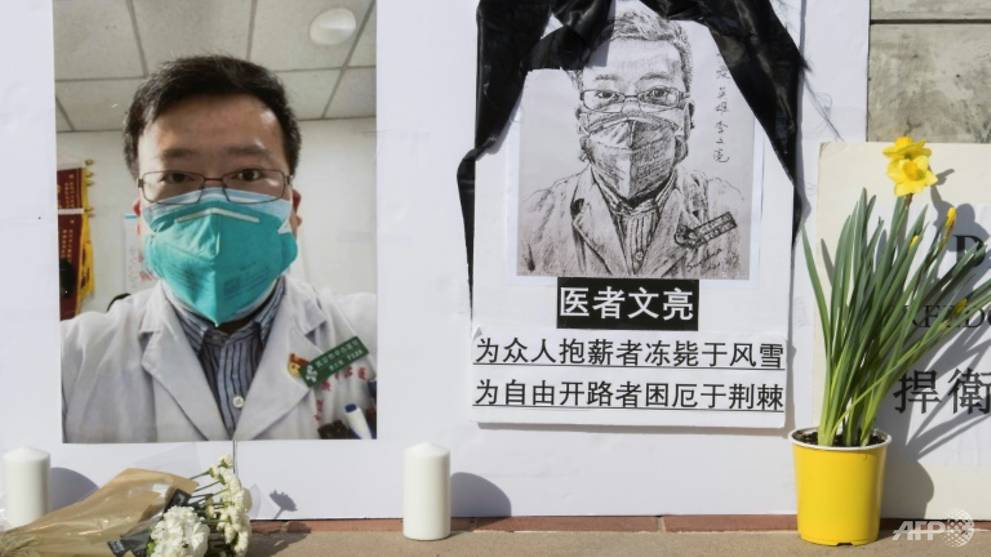 SHANGHAI: A Chinese report into the coronavirus death of a young doctor reprimanded by police for “spreading rumours” when he tried to raise the alarm about the disease drew quick criticism online after it merely suggested the reprimand be withdrawn.

The investigative team also denounced the “anti-establishment” labels of “hero” and “awakener” that some had given to Dr Li Wenliang, who became one of the crisis’s most visible figures in the early days of the outbreak when he tried to sound the alarm in the central city of Wuhan.

News of his death at 34 in early February triggered an outpouring of outrage and sadness in China.

The report, issued by China’s top anti-corruption agency, the National Supervisory Commission, said a team sent to Wuhan looked into how he found out about the virus, how he had been summoned to a police station and how he was treated when ill.

Their key recommendation, according to the report published by state broadcaster CCTV, was to say that Wuhan authorities needed to find the police who had reprimanded Li and hold them responsible for not following correct procedures.

It said the reprimand by police should be withdrawn.

“Is that it?” said one user on China’s Twitter-like Weibo, where news of the report was the top read topic, with over 160 million views, on Thursday evening.

Many social media posts criticising the government report were still available on Weibo hours after they were published, in contrast to how in early February numerous discussions of his death were censored, especially ones blaming the government.

“Didn’t these cadres follow their leaders’ orders? This is too much,” said one.

Li’s treatment by police prompted public calls for the Wuhan government to apologise, especially as the city’s authorities were accused of covering up the outbreak in its early days.

Since then, the virus has spread globally to 172 nations, infecting nearly 220,000, killing more than 8,900 people and crippling the global economy.

The investigative team said Li had not disrupted public order with his actions, describing him as a professional who had fought bravely and made sacrifices. His family had received workplace injury and funeral subsidies, it said.

The investigating team, in a question and answer session published by state news agency Xinhua, said some hostile forces gave Li the “anti-establishment” labels of “hero” and “awakener” for the purpose of attacking the ruling Communist Party and government.

“This is completely untrue,” it said. “Li was a Communist Party member, not a so-called ‘person who was against the system’. Those who have ulterior motives to fan flames, confuse and poison people’s minds, to agitate society’s emotions are doomed to fail.”