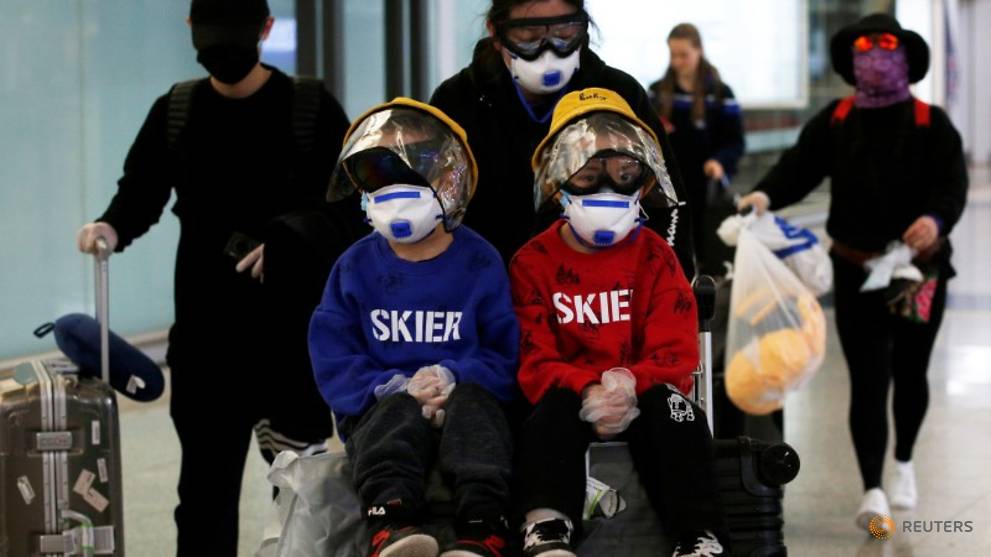 HONG KONG: Many overseas arrivals in the Asian financial hub of Hong Kong are going unmonitored as they begin two weeks of mandatory self-quarantine, with only a third of the 6,000 electronic wristbands issued to them being activated, authorities said on Friday (Mar 20).

Hong Kong has witnessed a surge in people returning home this week, as they flee an explosion of disease caused by a coronavirus in Europe, North America and the Middle East, but delays in verifying their accounts have held up the activations.

“I don’t have a smartphone,” said John Batten, an art critic based in the city who arrived from Australia on Thursday, adding that his tracking device had not yet been activated.

“I imagine someone is going to knock on my door at some point,” he said, adding that authorities at the airport had told him he would receive a smartphone at home.

With 256 infections and four deaths, the city has toughened curbs on travellers, ordering 14 days of quarantine for arrivals from midnight on Thursday and advising against all non-essential travel.

It has seen some success in reining the spread of the virus, but more than 90 per cent of sufferers in a recent spike in cases caught the virus overseas or had close contacts with travellers.

Hong Kong has said it has more than 20,000 bracelets ready for arrivals and will send anyone with upper respiratory symptoms directly to test centres near the airport.

A QR code in the bracelets is meant to pair with a smartphone app to identify those who break quarantine during the 14 days.

On Friday, broadcaster RTHK quoted Chief Information Officer Victor Lam as saying some delays were the result of the abrupt launch of the system. He did not elaborate.

The government did not immediately respond to a request for comment from Reuters.

Many residents posting on social media on Friday said they had not received a verification message from the government required to activate the app. Some bands, not properly secured, could easily slip off, they added.

Travellers also complained of a lack of guidelines for quarantined people to get home from the airport or buy food, with many taking public transport and shopping before entering their apartments.

With many wristbands not activated, it was unclear how many arrivals would observe quarantine.

One resident, Deepa Jivan, said her wristband was only activated on Friday, a day after she had returned from London.

“I think Hong Kong is doing better than most places,” said Jivan, adding that she had started quarantining herself before the activation, but worried others might not be as disciplined.

“Unfortunately there are some people who just don’t care.”