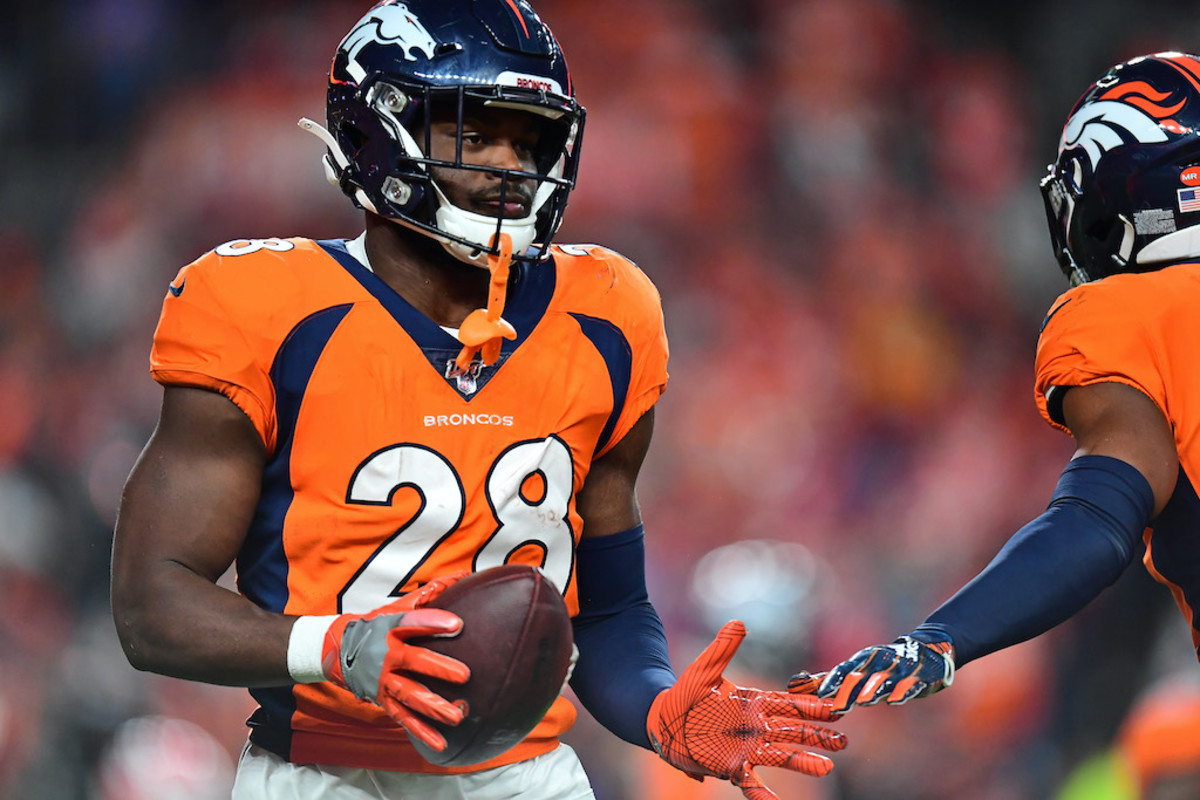 The Denver Broncos’ backfield got better on Friday with the addition of Pro Bowl running back Melvin Gordon, but it didn’t get any easier to navigate for fantasy football players.

Gordon and Phillip Lindsay were both starting-caliber running backs in fantasy the last two seasons. Now together, neither have a value as high as they previously did, but they’ll both be very fantasy relevant. But where does that leave the other back on the Broncos roster, Royce Freeman?

Freeman vs. Lindsay was a debate that was decided in 2018. By the time last season rolled around, it was pretty clear Lindsay was the lead back and that Freeman could be a medium-upside bench option for fantasy managers.

Freeman finished as the RB34 in total PPR fantasy points last season and the RB40 in fantasy points per game. He has no value if he starts 2020 behind Lindsay and Gordon, but one can surmise that a trade is likely to happen before the 2020 season kicks off.

Where are the three best realistic landing spots for Freeman from a fantasy football perspective?

The Chiefs are the ideal landing spot for Freeman for the same reason any other running back would be: Andy Reid. Fantasy managers want any running back attached to this high-powered offense because they throw to backs often and there are ample red zone opportunities.

In 2017, Kareem Hunt finished as the RB5 in PPR formats on a per-game basis. In 2018, Hunt was the RB8 before his suspension. Damien Williams took over in Week 12 and was the RB6 as the starter over the final five weeks of the fantasy season. The running back situation was chaotic in KC last season, but Williams and Darrel Williams each found success at times.

Freeman would not walk in as the starter, but could easily share the workload with Damien Williams. Williams doesn’t have a history of being able to handle a heavy season-long workload, so Freeman could potentially find himself as the starter for a handful of games. It’s also possible he gets significant goal line work even when both backs are healthy. Any of those scenarios like this the best possible landing spot.

Kerryon Johnson has missed 14 of a possible 32 games in his two-year NFL career so far, which makes finding a back-up for him a high priority. Fantasy managers remember the nonsense of sorting through the wire wire replacements for Johnson last season when he was injured.

Freeman could easily slide into the role of Johnson’s backup, spell him and be the clear top option should the starter go down. Freeman could also get some significant goal line work.

Darrell Bevell wants to run the ball and we live in an NFL world where having at least two backs is a must. Freeman landing in Detroit gives him one of the easiest paths to him being a starter at some point next season with a defined role in the meantime.

There is no amount of injury insurance the Eagles can have that will feel like overkill after what happened last season. However, there may be an actual role for Freeman even when Miles Sanders is healthy.

As much as I (and Eagles fans) want to see what Sanders can do in a featured role for a full season, Jordan Howard was pretty effective for Philadelphia early in the season. I wouldn’t anticipate anywhere near the same type of timeshare—Freeman isn’t Howard and Sanders isn’t a rookie finding his way anymore—but Freeman can lineup in the backfield and they can get creative with where Sanders lines up on certain plays.

Boston Scott played a significant role for them down the stretch last season by necessity, but Freeman is a much better option should they need something like that again. Plus, like with the other two teams mentioned above, Freeman getting significant goal line work isn’t out of the question.

Other potential landing spots include the Bills and Giants, but they wouldn’t be as good for fantasy as the three listed above.

Freeman could still find his way to fantasy relevancy in 2020, but he’ll need the right situation, or an injury, to make it happen. If he lands in Kansas City, Philadelphia or Detroit he may maintain the ADP he’s had over the last couple seasons.