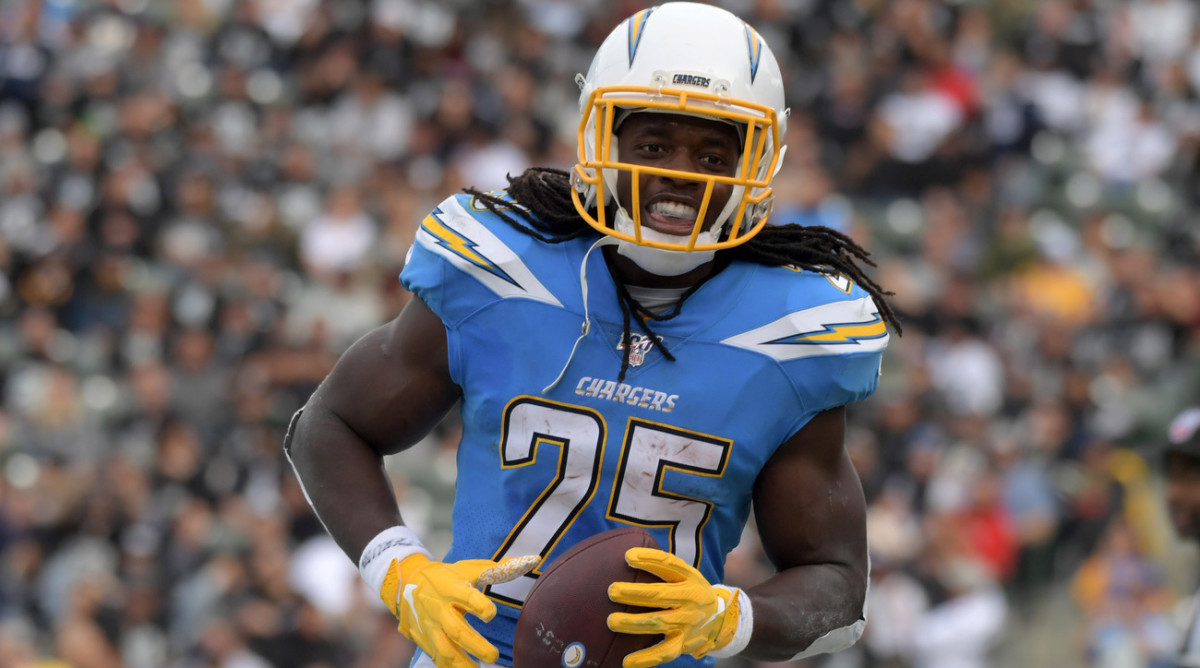 The Denver Broncos have signed talented running back Melvin Gordon to a two-year deal worth a reported $16 million with $13.5 guaranteed. Gordon, a former Wisconsin Badgers star, did not find the interest in free agency he had envisioned when he held out of four games last season while a member of the Los Angeles Chargers. The star back attempted to leverage his way into a long-term deal by refusing to report, which backfired as he was out on the street looking for a new home this offseason.

From a fantasy perspective, the running back situation in Denver is an absolute mess with Gordon joining a backfield that already consists of Phillip Lindsay and Royce Freeman. My guess is the Broncos will look to trade Freeman, splitting time with Phillip Lindsay, much in the same way he did with Austin Ekeler in Los Angeles.

The Pro Bowl running back who will turn just 27 next month, runs with power and speed along with great hands out of the backfield as a receiver. Including his holdout season last year, Gordon has touchdown totals of 9, 14, 12, and 12 over his past four years, so he’s undoubtedly one of the top backs in the league with a nose for the goal line.

If we take a look at the Broncos expected offensive starters, there is a lot to get excited about in terms of potential. However, it all hinges on the development of second-year quarterback Drew Lock.

The Broncos will now have one of the better running back tandems with Gordon and Lindsay, but this signing is a big blow for those fantasy players who own either in dynasty leagues. Gordon will remain a threat for double-digit scores behind a solid offensive line. However, he should only be drafted as an RB2 with upside due to his expected timeshare with the talented Lindsay. Gordon’s best season was in 2017 when he rushed for 1,105 yards, the only time that he rushed for over 1,000 yards in his career. It was also the only time in his five seasons that he was able to play a full 16 regular-season games. Investing draft stock in either of these two talented backs could be a significant risk, but if Gordon can stay healthy, he is the one to own in 2020.

Under new offensive coordinator Pat Shurmur, I would expect him to surpass 50 total receptions lining up wide in many sets looking to draw coverage with linebackers or safeties. As we all know, the fantasy success of this entire young and talented offense will all depend upon the strides Lock can make under center with just five career starts under his belt.