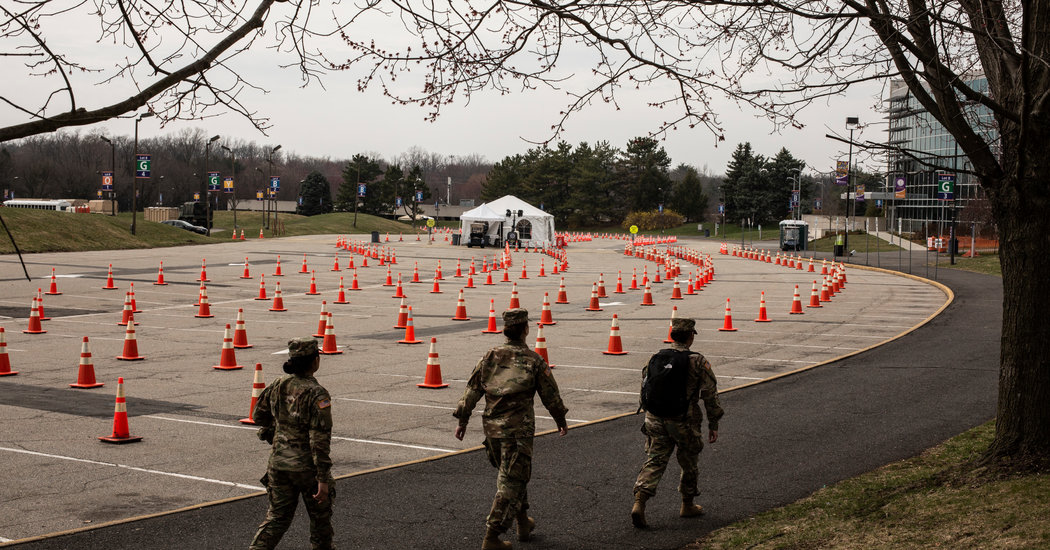 As for Mr. Schrock in Washington, his doctor called him on Tuesday, about five days after he got his test, to say that he had tested positive. That night, officials from the district’s health department called him, asking for information — name, age and numbers — for anyone he had come in contact with. The next day, officials went to his home and tested all of his roommates. They also went to his boyfriend’s home and tested him.

“They brought me a goody bag of gloves, masks and Purell, and an information booklet about the coronavirus,” Mr. Schrock said. He also had to download an app called SureAdhere Version 2 on his mobile phone, and create a video log detailing his symptoms, recording his temperature and showing it to the camera. His roommates have to do the same as well, and the information is reviewed by medical staff members within the health department.

In addition, various health officials called him daily. “I’ve gotten used to picking up random phone numbers in the past few days,” he said. They have also called him using Zoom video calls. They asked questions about the number of roommates he has, access to a bathroom, his roommates’ access to bathrooms, what the kitchen situation is and whether he has enough food.

The guidelines are changing daily: What’s advised today might not be the same tomorrow, he was told.

On Friday, a nurse practitioner from the health department called him with good news: He was no longer under quarantine. “I’m standing outside,” Mr. Schrock told me.

The updated guidelines said that because he had not registered a fever in three consecutive days, and because he was no longer showing the same symptoms he had initially, he was free. He should expect an official letter in his email. While he no longer has to log in to SureAdhere’s app, his roommates still do.

“Really lean on your circles,” Mr. Schrock said. “I think everyone, whether you’ve been diagnosed or not, everyone is experiencing this virus, and everybody’s lives has completely changed.”