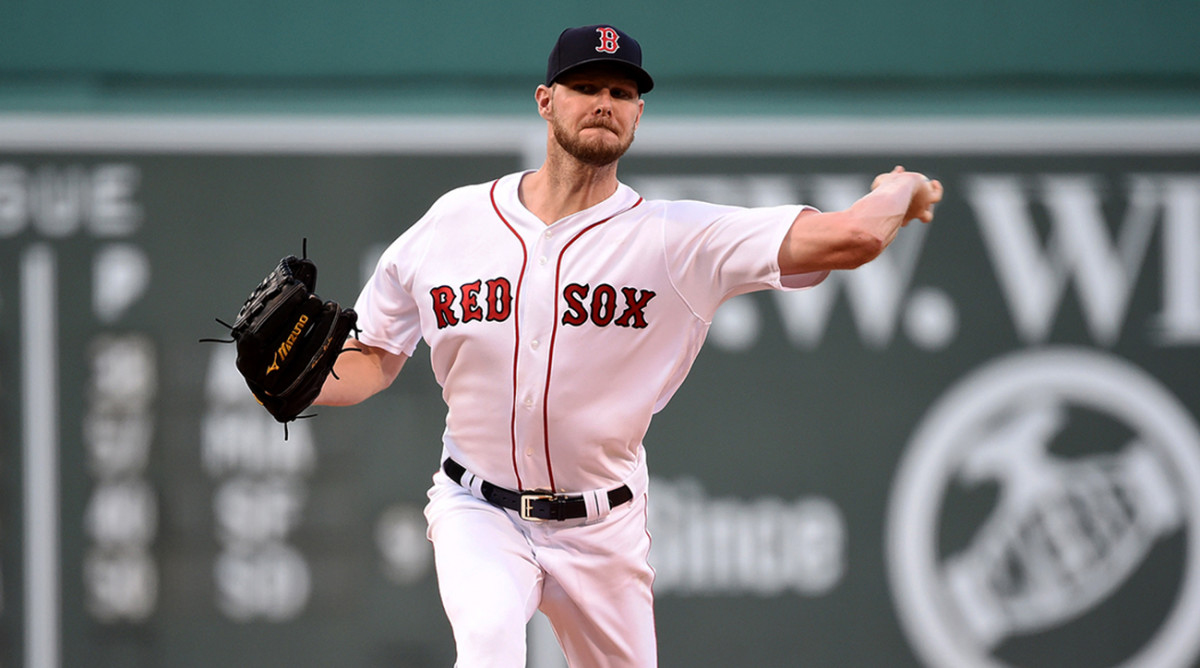 Before the 2010 draft, the Chicago White Sox held a long internal discussion about Florida Gulf Coast pitcher Chris Sale. They loved his stuff and his competitiveness, but there was worry about how he might hold up. Sale was skinny and threw with an awkward arm action in which he raised his throwing elbow at or above shoulder height, a red flag for most pitching observers because it causes a “late load” of the baseball that first strains the shoulder and then the elbow.

White Sox executive vice president Kenny Williams once told me he went around the room asking the opinions of those he considered pitching experts and medical and training personnel. The verdict: Sale’s mechanics put him “right on the borderline” of a potential breakdown.

Chicago pulled the trigger. It drafted Sale 13th overall. The Sox were richly rewarded. Sale made the All-Star team all five years he pitched out of the White Sox rotation before the club flipped him to Boston for Michael Kopech and Yoan Moncada.

It took 10 years, but now Sale is broken. He needs Tommy John surgery, which puts him out until midseason of 2021. Sale turns 31 on March 30.

This breakdown came with multiple warning signs, especially over the past three years as Sale withered physically. It was during that time that the Red Sox gave him a five-year, $145 million extension—a contract that begins only this year and, when you think about how Boston was motivated to get under the luxury tax threshold this year, helped push Mookie Betts out of Boston. It is yet another reminder that investing in pitchers, especially outlier throwers, is riskier than playing the stock market.

Six teams passed on Sale before he fell to the White Sox. Those first six pitchers taken 10 years ago underscore that volatility of pitching:

5. Drew Pomeranz, Cleveland. A career record of 46-58 with six teams. Reinvented himself as a reliever last year.

7. Matt Harvey, Mets. After a brilliant start, Harvey endured Tommy John and thoracic outlet surgeries. Since 2016 he is 19-31 with a 5.65 ERA and is currently out of baseball.

9. Karsten Whitson, San Diego. He chose college rather than signing out of high school for about $2.1 million. He suffered injuries to his rotator cuff and labrum at college. In his only pro season, 2014, he threw seven innings in A ball.

11. Deck McGuire, Toronto. He bounced among seven organizations before landing in the Korean Baseball Organization last year, where he posted a 5.05 ERA.

With Sale out, none of the first nine pitchers selected in 2010 figure to be in a major league rotation when baseball resumes.

Sale always was a risk because of his body type, his mechanics and the sheer force he put into not just pitching but trying to strike out hitters. From 2012-18, Sale threw the sixth most pitches and struck out the second most batters. Last year he reached 2,000 strikeouts faster than any pitcher in history. He was so successful, who would dare change him? But the Red Sox might have been able to see this breakdown coming:

2017: He looked like a Cy Young winner, until he wore down over the final two months, which now looks like the first real trouble. Sale led the league with 214 1/3 innings, then added 9 2/3 innings in the postseason. He posted a 5.01 ERA in his final 10 games.

2018: He was shut down with shoulder inflammation in August and September. After the Red Sox won the World Series, with Sale getting the last out, they extended his contract with one year remaining on it.

2019: He suffered the largest four-seam velocity drop in the majors, falling from 95.2 mph to 93.4. He threw his last pitch on August 13, going on the injured list with elbow inflammation.

2020: He was diagnosed with a flexor tendon strain after he resumed throwing to hitters in spring training.

It was a classic mechanical-based kinetic chain breakdown. It first presents as shoulder soreness, then elbow inflammation, then the dreaded warning of a flexor tendon strain, then Tommy John surgery. Sale hasn’t been right for more than two years. In 35 games since July 28, 2018, he is 8-11 with a 4.21 ERA.

The most telling sign is that Sale could no longer pitch well without velocity. He lost life on his fastball, not just miles per hour. In 2017 Sale hit 95 mph on 61% of his fastballs. Last year, when he showed flashes of brilliance, it was down to 28%. What kind of difference does an extra tick or two on a fastball mean to a pitcher? Sale offered a stark answer last year:

A similarly dramatic gap in results shows up over the past three years:

The truth is likely that Sale hasn’t been right for a long time. But as one of the game’s fiercest competitors, he kept doing his level best to push through. In his prime Sale was a wonder to behold. Like outliers such as Tim Lincecum, Kerry Wood and Dontrelle Willis, there was no one quite like him. Sale had elite velocity, a sweeping breaking ball, a stealth changeup and a slingshot delivery with those flying elbows. Listed at 6′ 6″ and just 180 lbs, Sale seemed to jump at hitters. There was no poetry in his delivery. It was violent and forceful, as if he was spring-loaded. Every pitch seemed an act of defiance, filled with purpose and the urgent intent of a cornered man.

Data suggest that spring training often is a dangerous time for elbows, though the rate of breakdowns at the major league level is improving. Sale joins Luis Severino this year. Last year it was Michael Fulmer and Mark Leiter Jr.

Sale is an example of why March can be such a cruel month for pitchers. It’s not that spring training itself makes them especially vulnerable to traumatic injury. It’s that underlying issues have been taking their toll for some time. A winter’s rest leaves them dormant, not cured. It is upon the resumption of a regular program of competitive throwing that they can reach a breaking point.

The Red Sox had to be prepared that this day was coming, though they do not have the pitching inventory to withstand it. After the trade of Betts and David Price, a full-season injury to Sale loomed as the worst possible scenario for Boston when camps opened. Now it is here. We have no idea when the season will resume, which means we have no idea how many games clubs will play. But even in a much shorter season, Boston is in trouble. It is much closer to being a fourth-place team than a first-place one.