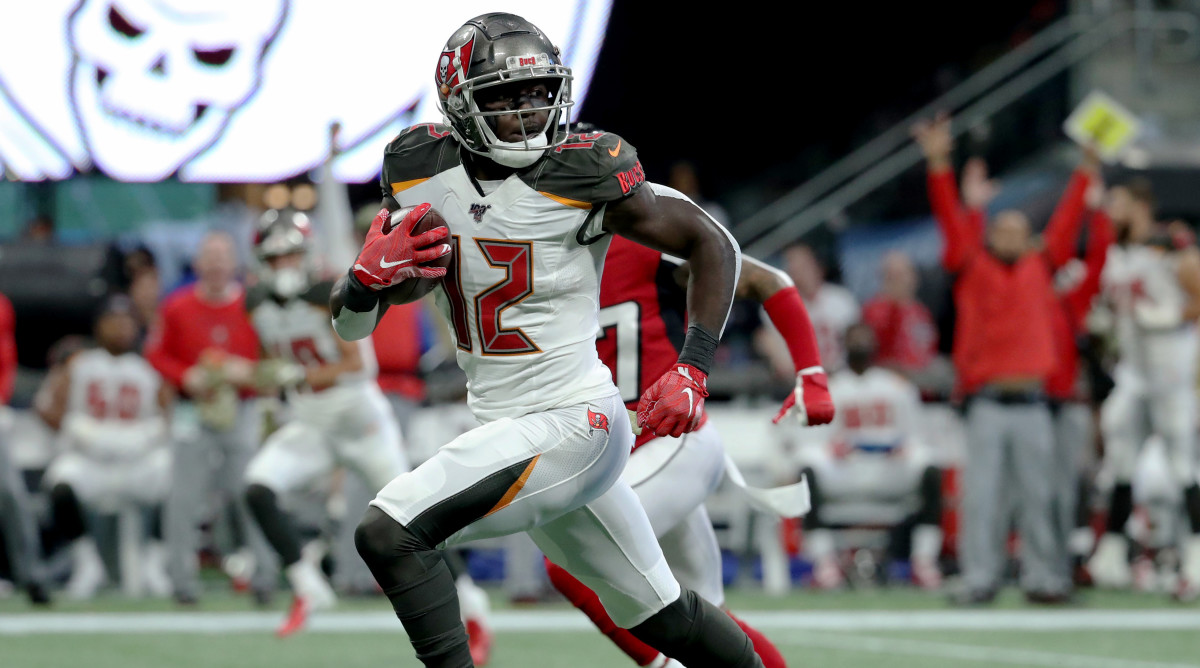 The team hasn’t announced Brady’s new number yet, but Tampa Bay Pro Bowl wide receiver Chris Godwin appears to be more than willing to change his own number and let the Hall of Fame QB wear No. 12 next season.

“Obviously, If he doesn’t want it, or if he’s not making a big deal out of it, I’m definitely going to keep it. We’ll see how that goes,” he said in an interview with the Buccaneers’ website. “I think just out of respect for what he’s done, what he’s accomplished, just kind of the career he’s built for himself, you have to lean into that respect.”

Godwin added Friday to the team website he’s already talked with Brady, though the number didn’t come up in their conversation.

In an interview with ESPN’s NFL Live on Friday, Godwin reiterated his thought on the number.

“He’s the GOAT,” Godwin said, adding that he would defer if Brady asked him to.

Godwin told ESPN he has worn No. 12 since high school.

Brady wore No. 10 while attending Michigan before switching to No. 12 when he joined the Patriots in the 2000 NFL draft.

Brady will look to help the Buccaneers make their first playoff appearance since 2007. The franchise has made just two postseasons after winning the Super Bowl in 2002.

Super Bowl LV is in Tampa Bay in February 2021.