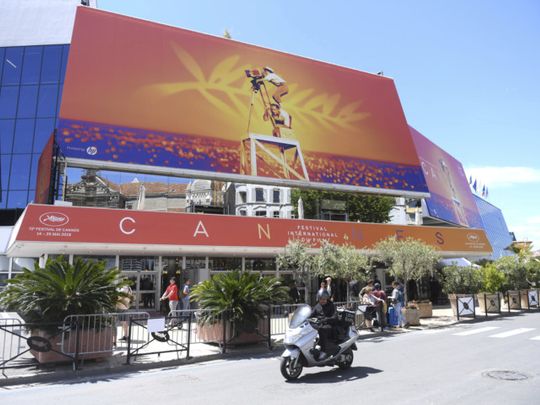 The 73rd Cannes Film Festival, which was scheduled to take place May 12-23 in the south of France, has been postponed, for now, due to the growing coronavirus crisis, festival organisers announced Thursday.

The news follows the March 9 announcement by the French government banning all gatherings of more than 1,000 people, as the country struggles to contain one of Europe’s largest outbreaks of the virus. Last year’s edition of Cannes brought in more than 12,000 attendees from around the world, and the festival’s largest venue, the Louis Lumiere auditorium, holds 2,300 people.

Festival organisers said that a postponement of the event until the end of June or early July is being considered but will depend on how events unfold.

“At this time of global health crisis, our thoughts go to the victims of the Covid-19 and we express our solidarity with all of those who are fighting the disease,” organisers said in a statement.

“As soon as the development of the French and international health situation will allow us to assess the real possibility, we will make our decision known, in accordance with our ongoing consultation with the French Government and Cannes’ City Hall as well as with the Festival’s Board Members, Film industry professionals and all the partners of the event.”

One of the film industry’s most prestigious and glamorous events, Cannes traditionally offers the first preview of many of the films that will be most talked about as the year progresses. Last year’s winner of the festival’s top prize, Bong Joon Ho’s class satire “Parasite,” went on to earn the Oscar for best picture.

The move comes in the wake of the March 6 cancellation of this year’s South by Southwest festival, as public health officials and event organisers around the world scramble to try to halt further spread of the virus. The event encompassing film, music, interactive media and television, was to be held this month in Austin.

As speculation swirled in recent days about the fate of this year’s festival, Cannes organisers initially struck a resolute tone, with a spokesperson telling the Guardian that despite France’s ban on large gatherings, “Nothing has changed.”

Indeed, even as the number of coronavirus cases in the country grew, Variety reported that the festival opted not to buy insurance covering it in the event of cancellation.

The only time the Cannes Film Festival has been cancelled was in 1968, when it was called off midway amid widespread civil unrest in France.