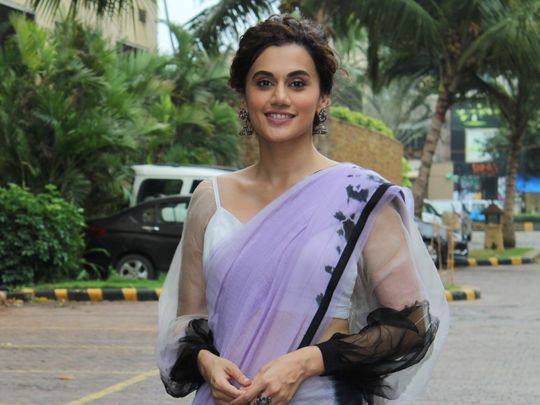 Bollywood celebrities took to social media to laud the hanging of Nirbhaya’s rapists and also extend support to her parents.

Akshay Thakur, Pawan Gupta, Vinay Sharma, and Mukesh Singh — the four convicts in the 2012 Nirbhaya gang rape and murder case — were hanged at 5.30am in Delhi’s Tihar Jail on Friday. While Bollywood is happy, many felt justice should have been served long before in this case.

“Nirbhaya Justice. “Jaisi karni waisi bharni” Let this set an example not only in India but world over. Punishment for rape is by death. You have to respect womanhood. Shame on the people who delayed the execution. Jai Hind!” Rishi Kapoor tweeted.

Riteish Deshmukh tweeted: “#JusticeForNirbhaya My thoughts and prayers are with the parents, friends & amp; loved ones of Nirbhaya. The wait has been long but the justice has been served.”

“Good Riddance. The planet is less 4 monsters. 8 long years, the parents have waited for justice. High time we demand swift justice. We have finally put Nirbhaya to rest,” wrote Raveena Tandon on Twitter.

“If #Nirbhaya rapists were hung in 2012 the judicial system would have stopped so much crime against women. Fear of the law would have kept the lawless in check. Prevention is always better than cure. It’s time the Indian govt takes steps for judicial reforms. #RIPNirbhaya,” opinion Preity Zinta, in her Twitter handle.

Filmmaker Madhur Bhandarkar tweeted: “Finally justice has been served for #Nirbhaya, I pray for the much needed mental peace for her parents now. #JusticeForNirbhaya #nirbhayagetsjustice”

Writer-director Milap Zaveri tweeted: “Finally. Justice served. RIP #Jyoti #Nirbhaya Sorry for what happened to you and sorry for the delay in justice.”

Aftab Shivdasani tweeted: “Prayers for you to rest in peace #Nirbhaya… it’s taken 7 years but the resolve and grit didn’t die with you. The devils have been punished. May you now rest in peace. Congratulations to your family. #NirbhayaJustice.”

Lyricist Manoj Muntashir tweeted in Hindi: “Today those four names haves been deleted from India’s population register which were incorrectly written as ‘male’ instead of ‘animal’. Congratulations #Nirbhaya #NirbhayaCase

“Justice delayed is not justice denied. Woke up with the wonderful news of the #NirbhayaCase convicts are finally executed. This is a victory for Nirbhaya’s parents & amp; every Indian who fought in their own way to bring justice for Nirbhaya,” Isha Koppikar tweeted.