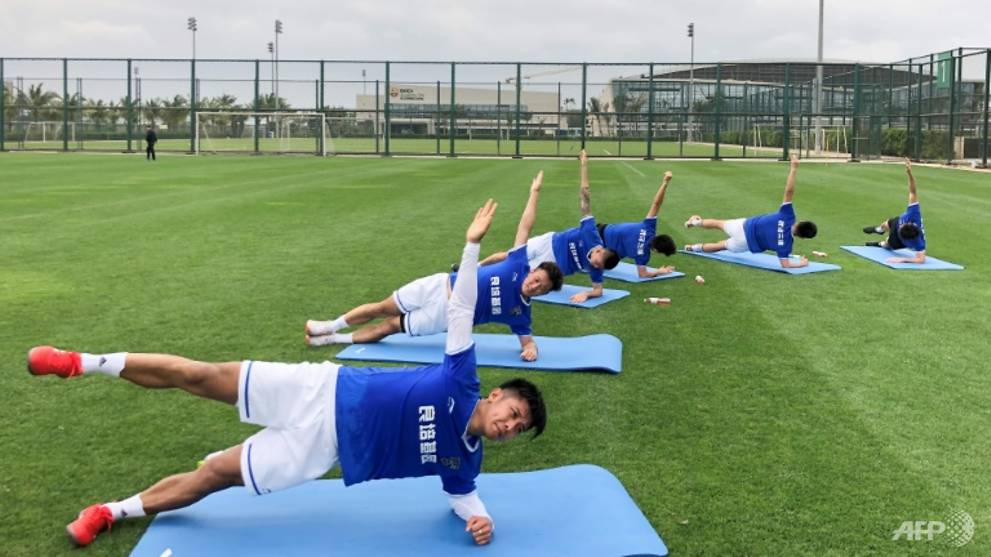 SHANGHAI: The team are split in half, with some players in lockdown and others training, but a modest Chinese club from the epicentre of the coronavirus pandemic is at last beginning to turn its attentions to football again.

Wuhan Three Towns FC, a team in China’s third division that draws crowds of between 2,000 and 4,000, were gearing up for a promising new season in League Two South when their world was turned upside down.

“We have been isolated at home for almost two months,” Yu Chen, an assistant coach, told AFP by telephone from Wuhan – the city of 11 million people where the outbreak emerged in December.

As virus deaths ticked up alarmingly, Chinese authorities placed Wuhan and the surrounding province of Hubei on a strict lockdown in January, with nobody allowed in or out of the area and an estimated 56 million people ordered to stay indoors.

The start of the Chinese football season was indefinitely postponed.

“Earlier, when the epidemic was serious, I was very panicky,” said the 32-year-old Yu.

“At that time, I felt that many people in Hubei were quite afraid, so were my friends.

“We were worried about the health of our families and did not know if they were going to be infected and how.”

But as the coronavirus spreads in other parts of the world, notably in Europe, China is beginning to see some light at last.

The country on Friday reported no new local cases for a second straight day, suggesting that the stringent containment measures are having an impact.

The Chinese government, which has begun slowly easing travel curbs, is now concerned about a second wave of infections from people arriving from other countries.

Mercifully, no Three Towns players or staff have contracted the coronavirus, which has killed nearly 3,300 people in China, most of them in Hubei.

Nor have any of the players lost loved ones.

“This is a blessing amid misfortune,” said Yu.

But some players have suffered a psychological toll from being confined to their homes for weeks on end, he added.

Ten players are languishing in Wuhan – which is still under harsh measures – and they have been attempting to keep fit by doing basic exercises at home for an hour each day, five days a week.

Fourteen more players are 1,500 kilometres (900 miles) away, training on the Chinese island of Hainan.

“At the moment, the whole team is separated and there is no centralised training, which is the biggest difficulty,” said Yu.

Wuhan Zall, the Chinese Super League (CSL) side from the city, have also been badly affected by the virus outbreak.

They returned to China this week having been stranded in Spain since the end of January. But with nobody allowed in or out of Wuhan the team are in Shenzhen, where they are in quarantine.

Zall have at least been able to train together for the new season, whenever it begins.

Yu said the Three Towns players are desperate to get out and meet again, and hope to eventually play a small part in getting the city back on its feet.

The team’s Spanish head coach, Albert Garcia, is with the bulk of the players in Hainan – although he too is in quarantine – and Yu hopes that the rest of the squad can soon join them there.

“Hubei province and Wuhan city are slowly returning to work, and the work of the club will soon get back on track,” said Yu.

“Our team will represent the city of Wuhan on the pitch and the players will have a sense of responsibility and honour.”