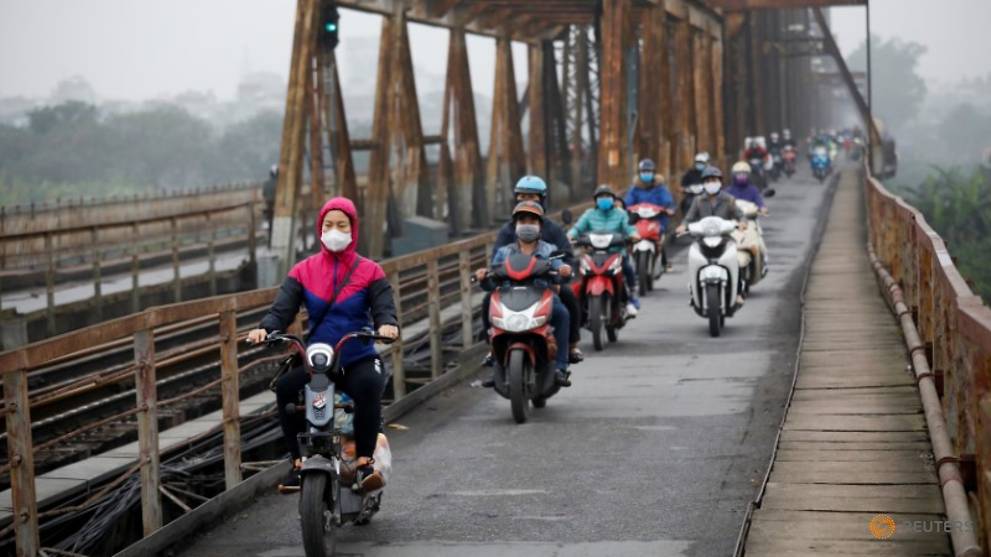 HANOI: Vietnam’s capital, Hanoi, has advised its residents to self-isolate at home until at least the end of March, after Vietnam recorded the biggest daily increase of the coronavirus, the city’s ruling body said on Thursday (Mar 19).

Weeks after declaring the recovery of all 16 of its coronavirus sufferers, Vietnam has confirmed 76 cases of the virus, ten of which emerged on Wednesday, after authorities announced a surge in infections from overseas.

READ: Vietnam to halt issue of all visas in coronavirus battle

Schools and entertainment venues have been closed in the capital of the communist-led country, but the Hanoi People’s Committee said it was bracing for a wave of new infections.

“The outbreak in Hanoi will surge in the upcoming days as thousands of Vietnamese are set to flock home in droves to flee pandemic,” Hanoi’s chairman Nguyen Duc Chung said at a meeting, according to a statement on the Committee’s website.

“We are entering a new phase of the fight against virus. If nothing urgent, stay at home,” Chung said, adding the outbreak was still under control.

Hanoi alone has recorded 20 cases of the virus – most of whom had travelled from Europe.

Authorities also advised residents in the capital to limit large gatherings and refrain from using public transport as “the chance the virus existing in the community is very high”.

Schools citywide will remain shut until Apr 5. City authority has ordered the closure of cinemas, clubs and bars, massage parlours, karaoke lounges and online game centres until the end of March.