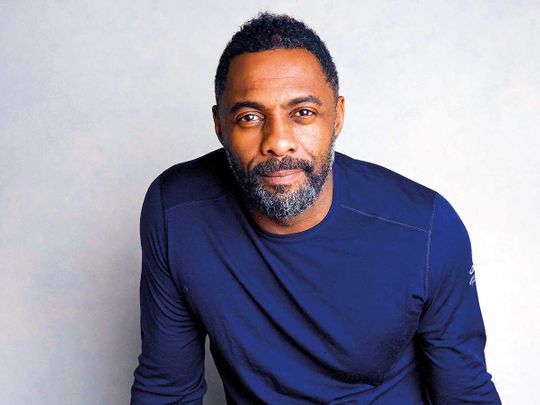 Actor Idris Elba went live on Twitter to offer updates on his well-being and dispel a “weird myth” he’s noticed since revealing he tested positive for the coronavirus.

“Something that’s sort of scaring me when I read the comments and see some of the reactions is: my people – black people, black people – please, please understand that coronavirus … you can get it, all right?” he said in the first of two lengthy video chats conducted Tuesday afternoon. “There are so many stupid, ridiculous conspiracy theories about black people not being able to get it. That’s dumb, stupid.

“That is the quickest way to get more black people killed. And I’m talking about the whole world. Wherever we are, please understand that you can get it. … Just know you have to be as vigilant as every other race. This disease does not discriminate. … As a black person who has contracted the virus, it needs to be said.”

In a follow-up livestream, the ‘Luther’ star also addressed confusion surrounding why he was tested for the respiratory illness in the first place despite not showing any symptoms.

“The simple answer is that on Friday last week, I was told that someone that I had been in contact with had tested positive,” he said, noting that the person “is also in the public eye.” “So it was definitely something that I had to do as I was about to start filming, and I was around a lot of people. … It meant putting a lot of people at risk if I had been exposed.”

Elba explained that he had been on location for an upcoming film project when he received news that he had been exposed. He spoke at the WE Day 2020 event in London on March 4, where Sophie Gregoire Trudeau, the wife of Canadian Prime Minister Justin Trudeau, also spoke and reportedly posed with the actor. She tested positive for coronavirus last week.

Because his latest job required it, Elba said he was “really lucky to get a test very quickly because of the shortages of tests.” According to IMDb, Elba currently has two projects in pre-production: movies titled ‘Three Thousand Years of Longing’, also starring Tilda Swinton, and ‘The Harder They Fall’.