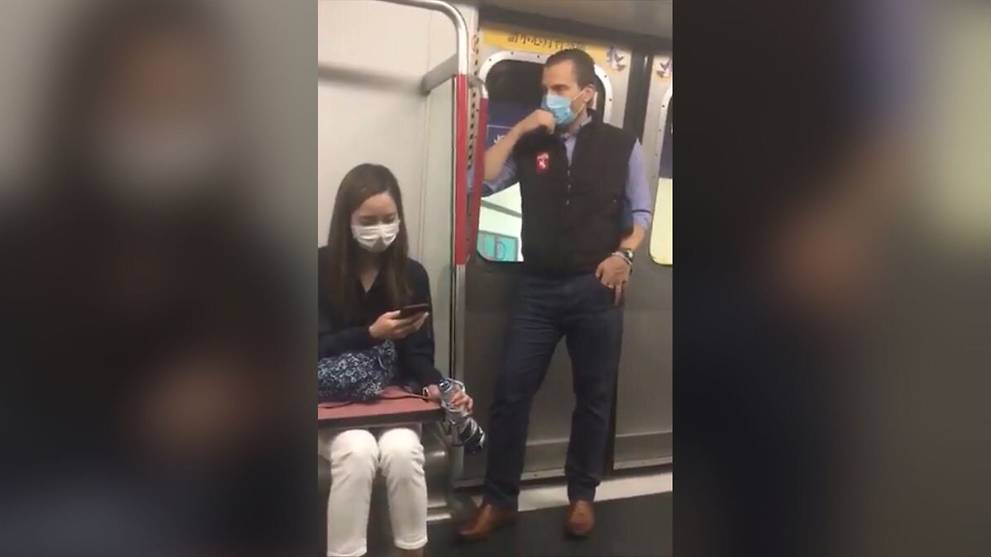 HONG KONG: A hedge fund manager in Hong Kong has publicly apologised after a parody video of him licking his finger and wiping it on a hand rail in a metro car went viral, sparking anger in the city which is grappling to contain an outbreak of the new coronavirus.

Several Hong Kong newspapers ran screenshots of the video in their print editions on Thursday (Mar 19), one on its front page, while many residents took to social media to condemn the video.

“I made light of the COVID-19 situation in a parody video that was only intended for a handful of friends,” Joel Werner, chief investment officer at Solitude Capital Management said in a public Facebook post. “But I now realise that I shouldn’t have done that. A global pandemic is no laughing matter.”

Werner said in the post that he unreservedly apologised to anyone he may have offended, adding that he had used hand sanitiser before and after touching the pole, and had also wiped the pole with hand sanitiser afterwards.

Hong Kong has 192 confirmed cases of coronavirus, with the bulk of recent infections involving people arriving from overseas.

Some Hong Kong people have expressed concern that the city’s expatriate population has adopted fewer precautionary measures to halt the spread of the virus than locals, for example by not wearing surgical face masks.

A representative for Hong Kong rail operator MTR Corp said the company had reported the incident to the police.

“These acts, which ignore public morality, run counter to Hong Kong society’s determination to fight the epidemic,” MTR said in an emailed statement.

Werner did not immediately reply to a LinkedIn message. Phone calls to Solitude Capital went unanswered and the fund’s website showed a black screen on Thursday morning.

The South China Morning Post quoted Werner as saying he had shared the video and a second clip showing him disinfecting the handrail in a private WhatsApp group with friends.

One member of the group had taken it more seriously than intended and shared it with the police, Werner told the newspaper, adding he had spoken to the police who told him they were not interested in the case.