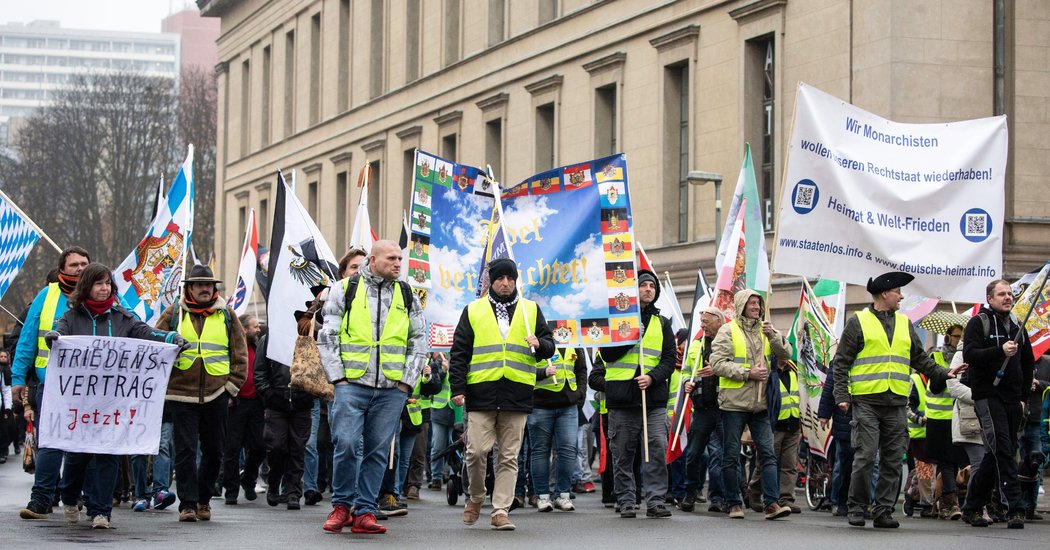 In their denial of a modern German state, members of Reichsbürger have harassed and threatened officials and their families, including Chancellor Angela Merkel. In 2018, German news outlets reported that the group was trying to form an army in the state of Thuringia.

Matthias Quent, the founding director of the Institute for Democracy and Civil Society, a research organization in Jena, Germany, said: “There is quite a large potential for violence in the scene, especially given the widespread possessions of weapons.”

He added, however, “These are not political organizations that are capable of carrying out a coup.”

Their followers have become more visible in recent years. Since 2016, they have been under observation by the German intelligence service. In October of that year, one Reichsbürger shot and killed a police officer and wounded two others during a raid on his house, where the authorities found 30 weapons.

On Thursday morning, 400 police officers in coordinated raids searched the dwellings of 21 leading members of the group in 10 states, including Berlin. They found weapons, propaganda and narcotics, but none of the leaders were arrested.

The clubs that were banned on Thursday — United German Peoples and Tribes, and its subgroup, Osnabrück Landmark — comprise about 120 members, according to news reports. That is far short of the roughly 19,000 people who intelligence services say are part the movement.

Still, the government’s action on Thursday represented the first official federal ban of clubs integral to the movement (earlier raids on the group were coordinated at the state level). The ban comes as the country is experiencing a growing wave of violence against elected officials.

There are currently 32,000 known far-right extremist in Germany and 13,000 of them are prone to violence, according to the country’s intelligence service. How many of the roughly 19,000 Reichsbürger fall into either count remains unclear.