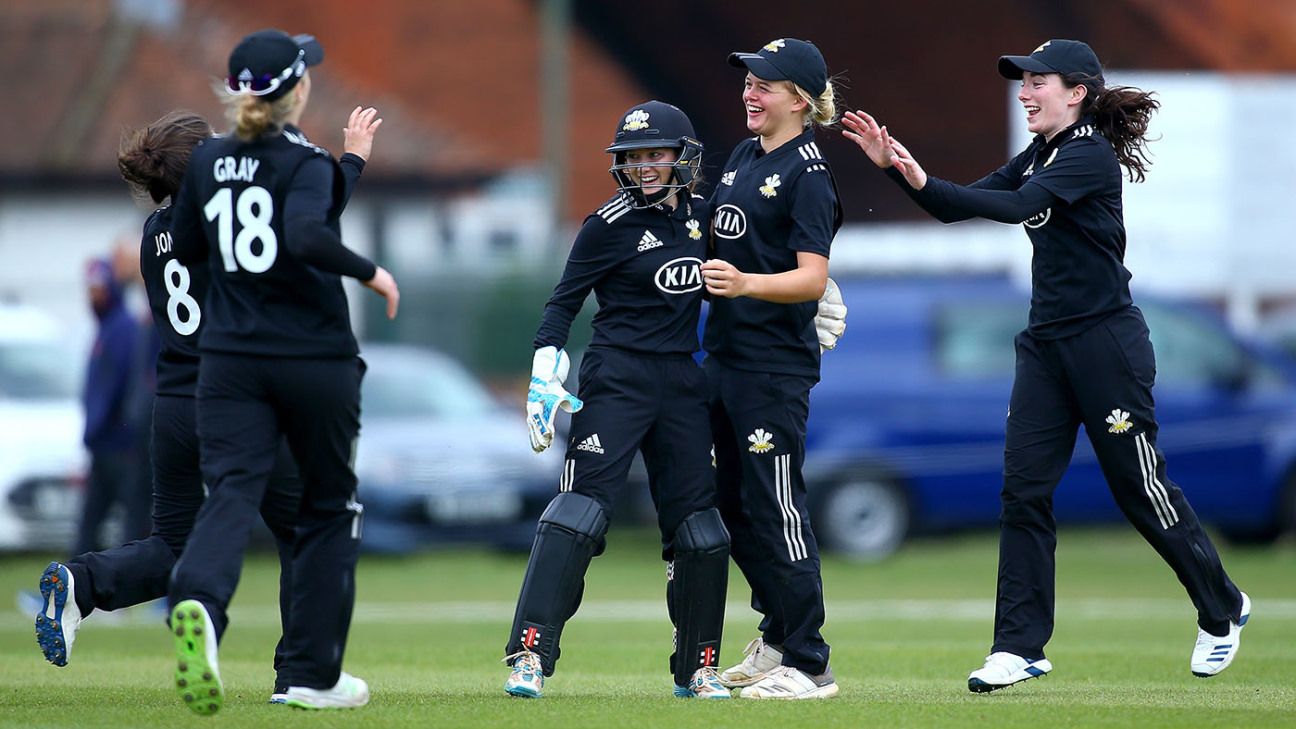 Despite ongoing uncertainty surrounding the English season due to the coronavirus outbreak, a handful of counties concerned by changes to the structure of women’s cricket are planning to launch a new 50-over competition this summer.

With the 50-over Women’s County Championship and the T20 Kia Super League discontinued from 2020, and eight centres of excellence established in alignment with the venues chosen to host the Hundred, several existing counties have been left feeling disenfranchised and lacking quality cricket.

As a result, Surrey, Middlesex, Kent and Essex hope, subject to Covid-19 considerations, to contest the London Championship this season. They hope other counties may join them in future years, with Sussex and Hampshire understood to be following events with interest. The name of the competition could be changed if more teams get involved.

“Going from having all those counties to eight regional centres of excellence smacks of Dr Beeching’s cuts to the railways in the 1960s,” a county chairman said. “This is the start of the county comeback.”

While the new competition has been endorsed by the ECB, it does represent something of a breakaway. It underlines the dissatisfaction some counties have with the ECB’s approach to women’s cricket and their preparedness to act to fill the void left by the absence of the County Championship and the KSL.

There are echoes here, perhaps, of the early days of limited-overs cricket in England and Wales. In 1962, Derbyshire, Leicestershire, Nottinghamshire and Northants contested the Midlands Knock-Out competition; a 65-overs-per-side cup devised by the then Leicestershire Secretary, Mike Turner, and designed to revive the fortunes of clubs struggling to attract spectators. Northants won the final.

The tournament’s success led to the introduction of the Gillette Cup – the world’s first List A tournament – the following year.

In the women’s game, Surrey and Middlesex have also competed against one another in a one-off T20 match, dubbed the London Cup. The match was held at Lord’s for the first time in 2019 and was due to be played on May 20 at the Kia Oval this year.