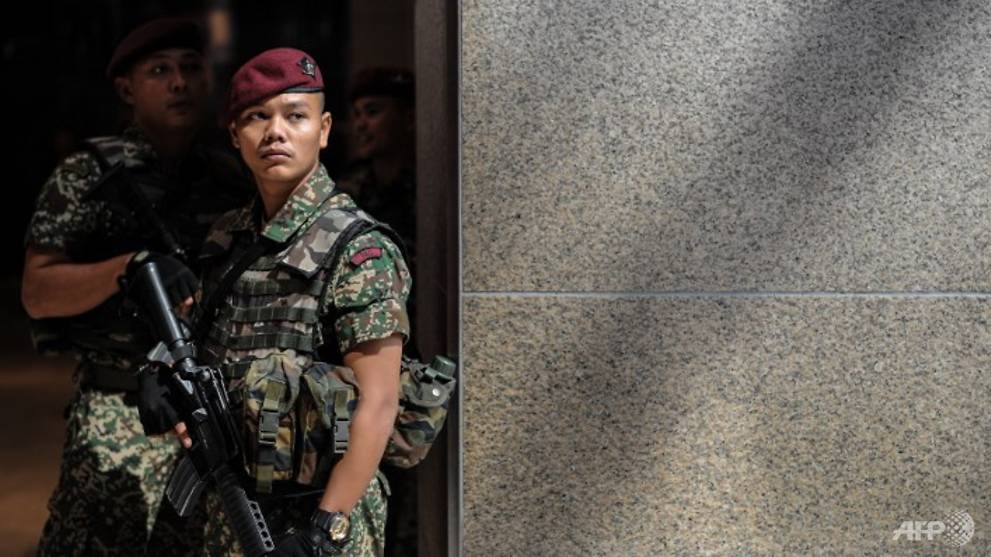 PUTRAJAYA: Military troops may be mobilised if Malaysians do not comply with the movement control order introduced by the government to contain the spread of COVID-19, said Senior Minister Ismail Sabri Yaakob on Thursday (Mar 19).

Ismail Sabri, who is also defence minister, said this was among the proposals brought up at the meeting of the newly formed Special Ministerial Committee on the implementation of the order.

However, he said as of Thursday the government was still fully confident that the police were capable of enforcing the order.

“As of now, I believe that it is unnecessary, but if there is no choice and if the compliance level remains at only 60 to 70 per cent, I believe there is a huge possibility that military troops will be mobilised,” he said at a press conference.

“But having the authorities alone is not important … What’s more important is for all of us to exercise self-control and obey any instruction or order issued by the government.”

More roadblocks ahead 🚔
Do not force the police to take action against motorists, warned district police chiefs. This after thousands of cars were still on the highways, one day after the movement control order was implemented in Malaysia pic.twitter.com/i0Anca3e3g

The order, which is in force for 14 days starting from Wednesday, involves the closure of all government and private premises except for those providing essential services.

All houses of worship and business premises are also closed except for supermarkets, wet markets, grocery shops and convenience stores selling daily necessities.

The government has also called on the public to stay at home and avoid going out during the order period to prevent the spread of COVID-19 in the country.