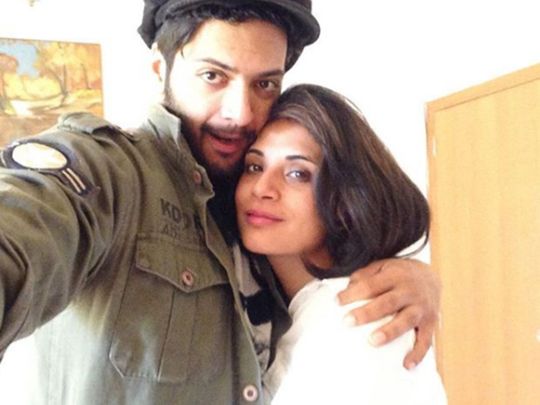 Bollywood actors Richa Chadha and Ali Fazal, who were due to marry in April third week, have postponed their wedding due to coronavirus health scare.

“Given the current scenario and the unfortunate turn of events owing to the COVID-19 pandemic globally, Ali Fazal and Richa Chadha have decided to postpone their wedding functions to the later half of 2020 tentatively. They wish everyone to be healthy and safe and at no cost would want their friends, family and well-wishers to be affected,” said their spokesperson in a statement.

Chadha and Fazal were due to marry in a court ceremony followed by celebratory parties. The couple put out their wedding announcement in February.

“The couple are working towards an official registration in the last week of April followed by celebrations. All we can say at the moment is that it’s a happy occasion and all the parties involved are elated,” said the actors’ spokesperson in a statement.

Chadha and Fazal are a portrait of Bollywood’s modern day romance where they don’t hide their relationship or flaunt their adoration for each other on social media. The two have also appeared together on red carpets underlining their relationship status on several occasions.

The two met on the sets of Bollywood comedy Fukrey in 2012, but they confirmed that they were dating much later in 2015.

2020 seems to be a year of weddings for Bollywood, but Coronavirus scare might topple all those well-laid secret plans. Rumours that Alia Bhatt and Ranbir Kapoor will marry this year were also doing the rounds. Actor Varun Bhatt was also slated to marry longtime girlfriend Natasha Dalal sometime this year. But the pandemic has cratered all such wedding plans in a country which loves to throw lavish bashes.