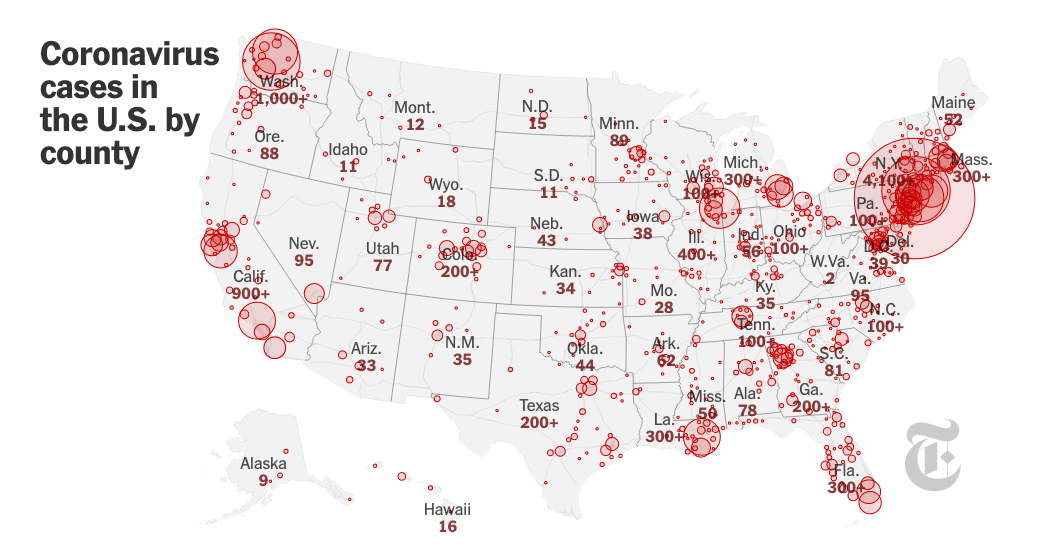 No, Covid-19 does not spare the young

It’s clear that older people and those with health problems are most at risk of dying because of the coronavirus — but that doesn’t mean younger people who catch it won’t become gravely ill. Many already have.

Adults between 20 and 54 make up almost two-fifths of the people being hospitalized in the U.S. with the coronavirus, according to the Centers for Disease Control and Prevention. Twenty percent are under 44 — millennials, more or less.

And nearly half of the most severe cases — the ones who land in intensive care — are younger than 65, the agency found. The figures come from a study of the first 2,500 cases reported in the U.S. (the tally is now over 10,000).

Even children — especially babies and preschoolers — can sometimes become seriously ill, though they are the least likely to do so; it’s not yet clear why.

Some young adults have kept socializing as if “lower risk” meant “no risk.” A CBS News video of students on spring break in Florida shrugging off the pandemic raised hackles on social media.

Worry about complacency, not panic: Benedict Carey, a Times science reporter, talked to an Israeli expert, Dr. Ido Erev, about how people make decisions under threat.

A few will overreact and become hysterical, Dr. Erev told Ben, but studies show that many more will, as time passes, start to discount warnings and take more risks. That’s the greater danger now.

To get tested, it pays to be well-known or well-heeled

Getting tested has been an uphill battle in parts of the U.S., but some Americans — the wealthy, famous and well-connected — have had a much easier time than others.

Complaints of elitism and preferential treatment have mounted as politicians, celebrities and pro athletes have received tests without having symptoms or any known contact with an infected person — requirements under some testing guidelines.

Meanwhile, in the hardest-hit states — New York, California, Washington and Massachusetts — a surge in demand and a shortage of kits have left health care workers, sick patients and their known contacts untested for days or weeks.

When President Trump was asked on Wednesday whether the elite have been able to cut the line, he replied, “You’d have to ask them that question,” and added, “Perhaps that’s been the story of life.”

Stuck in limbo: Long turnaround times for test results have left many Americans in the dark. In New Jersey, the virus infected seven members of one family, killing four, and leaving 20 others quarantined as they await test results.

A different approach: On today’s episode of “The Daily,” Sarah Maslin Nir, a Times breaking news reporter, visited New York’s first drive-through testing center, in New Rochelle. Centers like that, shown to be highly effective in South Korea, are being set up elsewhere in the state.

“This is how we’re going to get a handle on this disease,” Sarah concluded.

A milestone in China: No new local cases

For the first time since the virus broke out, China reported zero new local infections on Thursday. The only new cases, and it was just a handful, were people who had come from abroad.

If it’s more than just a statistical blip, it would represent a remarkable recovery for the country, which peaked a month ago at around 2,000 new cases a day.

And it would mean that severe movement restrictions on hundreds of millions of people had worked — a lockdown the country was forced to impose after first trying to cover up the crisis while the virus spread through the city of Wuhan.

China’s early role in the outbreak led to fear and suspicion toward the country, and some racism and xenophobia directed at Asian-Americans.

In a video for our Opinion section, Katherine Oung, a Chinese-American high school student in Florida, recalls that after the virus started to spread in the U.S., a classmate announced, “Everyone knows Chinese people are disgusting.” She said it “felt like a stab to my chest.”

But the tables are turning. With outbreaks in the Europe and the U.S. raging while China’s is ebbing, it is now the West that is the object of fear and suspicion among Asians, our correspondents write.

“We came back because we think going back to China is safer than staying in New York,” said Farrah Lyu, 24, a recent college graduate who flew home to eastern China this month.

A new project from our graphics editors looks at which countries have had success in slowing the spread of the virus — known as “flattening the curve.”

What should you do about your babysitter? Anyone entering your home is a potential carrier of germs, so don’t be afraid to ask them to wash their hands — and remember that they are probably worried right now, too.

How to clean your home for coronavirus: It takes only a few minutes, but cleaning high-traffic surfaces once a day can make an important difference.

How can we band together? Some people are finding inventive ways to help, from delivering groceries to the doorsteps of the homebound to buying gift certificates from struggling restaurants.

A hub for financial help: Has your income fallen or disappeared completely? We’ve set up a guide to connect you to basic information you’ll need.

Join our DealBook team for a conversation

How will the pandemic affect business and society? What options do policymakers have for stimulating economies, supporting workers and aiding industries at risk?

Andrew Ross Sorkin, our financial columnist, and others from The Times will discuss these questions and more on a group call with readers on Friday at 10 a.m. Eastern. R.S.V.P. for this free event here.

Having almost everything on our calendar canceled has prompted me to commit to a daily walk with my camera. The walk provides time out of the house and regular exercise. The camera encourages me to take a fresh look at our neighborhood every day as I try to find something new to photograph in an area I have walked around for more than 20 years.