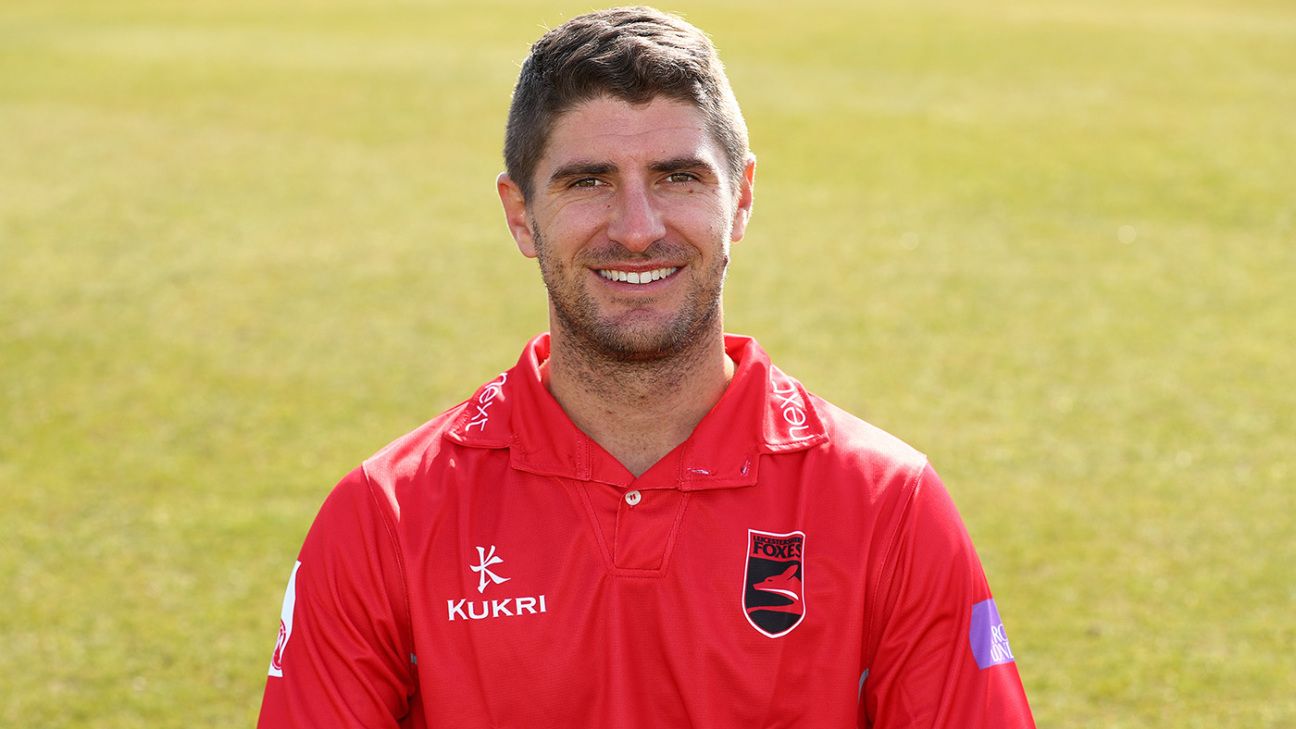 Colin Ackermann has been named as Leicestershire’s new club captain. Having previously captained the white-ball teams, he will now succeed Paul Horton across all formats.

Last season, Ackerman was the team’s leading run-scorer in the Blast, as well as taking a world-record 7 for 18 against Birmingham Bears, and the Royal London Cup, where he took charge for their final two games. In the Championship, he added 675 runs at 35.52, as the club finished bottom of Division Two for the fifth time in the last seven seasons.

“We are absolutely delighted that Colin has taken on the captaincy role,” Leicestershire’s head coach, Paul Nixon, said. “It is important that our captain plays in all formats. Colin impressed during the T20 campaign with his leadership skills. He has the respect of everybody in the club and we look forward to an exciting time ahead.

“We would also like to thank Paul Horton for being the previous captain and continuing to be a role model as well as a key senior member of the team.”

Ackermann, 28, joined Leicestershire on an initial two-year deal in 2017. A former South Africa Under-19 international, last year he made his debut for the Netherlands.

“It is obviously a huge honour and privilege to captain this club,” he said. “Nico [Nixon] approached me a couple of weeks ago and asked me if I wanted to do it, and obviously it was an easy decision for me.

“Paul Horton did a fantastic job over the last two years. He led the team very well but his job is not finished just yet, I will still lean on him for advice throughout the season as well as Chris Wright and Mark Cosgrove, the other senior players in the team.”

What shape the 2020 season takes remains to be seen, with the coronavirus pandemic casting a long shadow over the possibility of cricket in the UK this summer.