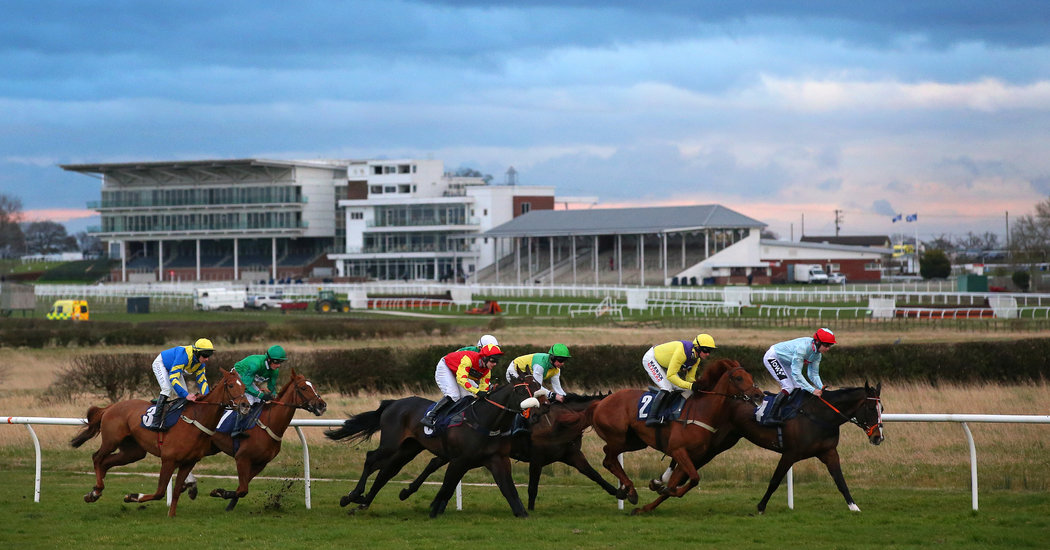 The Kentucky Derby, long known for its spot on the sporting calendar on the first Saturday in May, is making a big shift to September. But even the coronavirus pandemic has not stopped horses from racing and gamblers from betting on it across the United States.

While the virus has transformed the sporting landscape, leaving fans with virtually nothing to watch or bet on, horse racing has remained an option particularly for gamblers isolated at home.

On Wednesday, for example, you could watch and bet on horse races taking place at tracks in Australia, Louisiana and Texas, as well as harness racing in Sweden, Canada and Ohio. On Friday, several major thoroughbred tracks, such as Aqueduct in New York and Santa Anita Park in California, plan to be open for competition and wagering, running full slates with four to 10 horses per race. Fans will be prohibited from the tracks, as they were last weekend.

NBC Sports — in need of live broadcasting content — announced Wednesday that it would simulcast “Trackside Live,” the signature program of the horse racing network TVG that jumps around to live races around the sport on Saturday and Sunday.

Despite its many, many problems — including an alarming number of horses who suffer fatal injuries and a federal doping investigation that has so far yielded 28 indictments — horse racing remains a multibillion-dollar industry and racetrack operators intend to keep their doors open, if possible. Even as schools and restaurants close and large gatherings are restricted, the races have held on, with the blessing of regulators.

Brad Maione, a spokesman for the New York State Gaming Commission, said that it had approved the continued racing at Aqueduct as long as no fans are allowed to attend.

He said Aqueduct is an open-air facility, capable of producing racing programs with a small number of workers (fewer than 50, and not in a confined area). Beyond no fans or food, the restrictions are that no visitors, including horse owners, are permitted in the barn areas.

“Opening Aqueduct, and racetracks across the country, supports horsemen and their businesses, racetrack employees and the backstretch community,” said David O’Rourke, chief executive of the New York Racing Association, which operates the largest tracks in the state as part of an industry that supports the jobs of some 19,000 people statewide.

In California, where races generate more than $16 million in annual tax revenues, racing had also been approved for this weekend, said Mike Marten, a spokesman for the California Horse Racing Board.

While social distancing has become regular practice in so many parts of American life, many fans have stuck with one of the few live sports still happening, even remotely.

More than $17.5 million was bet on races at Aqueduct from Friday through Sunday, according the to association. TVG, which broadcasts races from more than 150 tracks across the world, saw a 75 percent increase in wagering on its betting platform on Saturday and Sunday, compared with the same two days in 2019.

The FanDuel Racing app was downloaded more over the weekend than it had been in the previous three months, reaching the No. 6 most-downloaded on Apple’s list of free sports apps, according to TVG. The app was designed for first-time horse-racing bettors in anticipation of the Triple Crown races.

“We didn’t think it would take off under these circumstances,” said Kip Levin, the chief executive officer of TVG. “As you can tell, people were looking for a distraction.”

The network also told its anchors and commentators to simplify their explanations and insights to make them understandable for novice bettors. Its simulcast arrangement with NBC Sports could nearly double its reach: TVG is in 45 million homes while the NBC Sports Network is in 83 million homes.

So far, TVG has a significant number of tracks still running to broadcast. “But that may be changing by the hour,” Levin said.

At a time when nearly 600 people live in facilities on the backside of Belmont Park to take care of feeding, grooming and walking horses, New York racing officials said they are simply following the recommendations of state and federal health authorities to not have fans at the track. The horses must be cared for whether there is racing or not.

Churchill Downs, the home of the Kentucky Derby, postponed America’s most famous race until Sept. 5. The Preakness and Belmont Stakes — the other two-thirds of the Triple Crown — have yet to decide if they will follow the Derby into the autumn.

“All options are on the table, including running the Belmont on June 6,” said Pat McKenna, a spokesman for the New York Racing Association.

The prospect of holding the Derby before a crowd of more than 150,000 prompted Churchill Downs to delay the race for the first time since World War II.

“Its energy and its magic really comes from everybody being there to enjoy it,” Bill Carstanjen, the chief executive of Churchill Downs Inc., said during a conference call. “We will roll with the punches but we feel very good that Sept. 5 is the right date.”

NBC Sports, which holds the broadcast rights to the Triple Crown, is in talks to hold the three-race series within a window of five weeks in the fall. If that happens, the Preakness would most likely be held Sept. 19 and the Belmont on Oct. 10.

Maryland Jockey Club officials acknowledged that they were talking to NBC Sports about a deal to move the Preakness.

“It had to be done,” Carstanjen said of the Derby postponement. “We own it and will make it a really special day. We are also excited that NBC is in talks to move the Preakness and Belmont Stakes to September and early October, respectively. We hope the parties can reach a final agreement.”