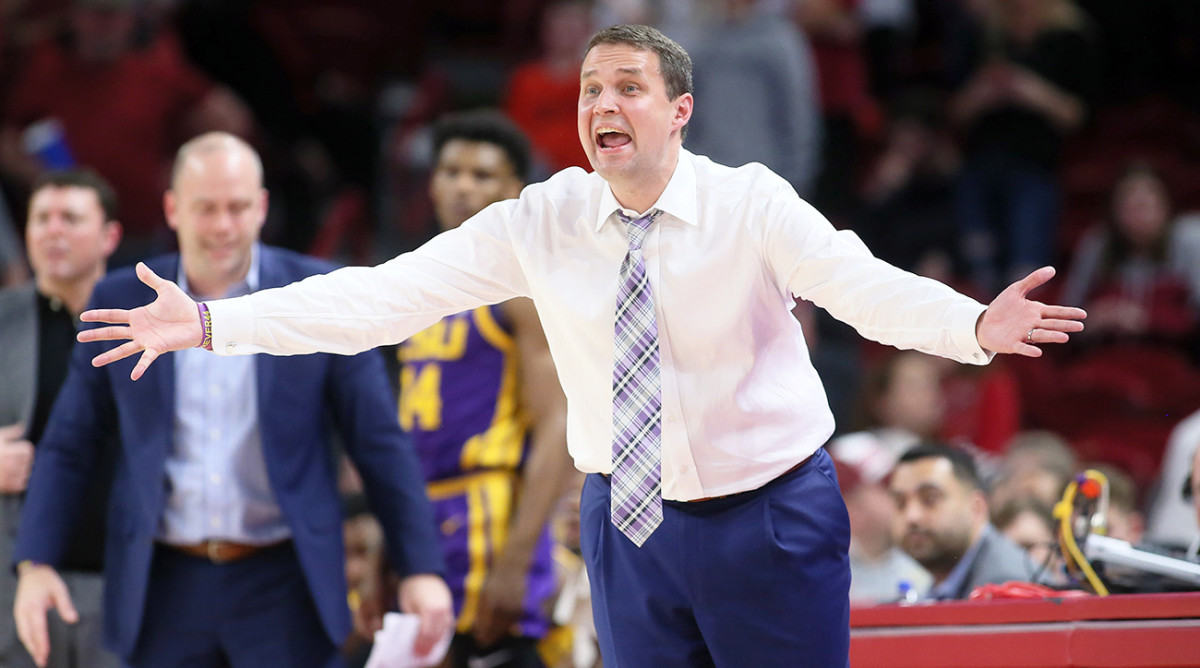 Christian Dawkins has spoken, and he has the tapes to back him.

The wiretapped audio of Dawkins talking to LSU coach Will Wade and Arizona coach Sean Miller, among others, will be available to a worldwide audience March 31 on HBO at 9 p.m. EDT. It’s part of the documentary, “The Scheme,” which chronicles Dawkins’ wild ride from aspiring agent to central figurine in the federal investigation of corruption in college basketball. I watched an advance copy of the movie this week.

The audio—some of which was not entered into federal court and has never been heard before—will provide pertinent, first-hand information for NCAA investigators working to finalize cases involving LSU and Arizona. Much of that information comes from the mouths of the coaches themselves. That’s a significant development.

Then it will be up to LSU and Arizona to decide how they want to justify the continued employment of Wade and Miller. And for Iona to reiterate why it hired Rick Pitino, a prime target of the FBI investigation.

The schools’ justifications weren’t great the first time. And unless they come out with the truth—“we’re just trying to win here and we really don’t care about anything else”—they won’t be very good this time, either. Only a delusional fool would believe anything else.

“You listen to those calls and it’s clear,” said documentary director Pat Kondelis. “The schools, they would have to see this and recognize how damning it is for the coaches. I don’t care who gets fired, but it was significant in regard to who got charged and who did not.

“Who does a majority of the talking in the calls? It’s not Christian. The coaches are asking him for help, talking about who they could make offers to.”

This film is the first time Dawkins has been interviewed about the scandal. He is cocksure, unvarnished, unafraid and compelling on camera. He also says Wade and Miller are flat-out lying about not paying their basketball players, or doing business with him.

Dawkins on Miller’s 2018 press conference denial of all wrongdoing: “Sean should have his own movie agent or manager. He should be an actor.” Asked if Miller was lying, Dawkins said, “Yeah, that wasn’t true.”

Dawkins on Wade: “Just the audacity, you’ve got to take your hat off to him, bro. … Will Wade is definitely a f—— gangster for what he did.”

Yahoo Sports reported some of the wiretaps last year, most notably the infamous Wade “strong-ass offer” recording. The story was accurate then, and the audio verifies it now.

But hearing it with your own ears, as opposed to reading a transcript on a screen, drives home the reality of what is happening. Tone of voice, the comfort Dawkins has with Wade and Miller—they increase the impact.

It should land especially heavily in Baton Rouge, where Wade has evaded direct questions about what he says on tape for more than a year. When he met the media at Southeastern Conference spring meetings in late May 2019, the questions about the “strong-ass offer” tape were met with a weak-ass response: ”I have not heard the recording, so I don’t know. I don’t think any of us have heard the recordings.”

Now we’ve heard the recordings. Among the coach’s comments:

“I went to him with a f—— strong-ass offer about a month ago. F—— strong. But the problem was, I know why he didn’t take it now, because it was it was f—— tilted toward the family a little bit. But I mean, it was a f—— hell of a f—— offer. Hell of an offer. Especially for a kid who is going to be a two- or three-year kid. I’ve made deals for a lot of players who are as good as him that were f—— a lot simpler than this.”

Dawkins’ on-camera interpretation of the conversation: “They ain’t talking about a scholarship offer, bro.”

The Wade-Dawkins conversation actually begins with some byplay between the two about Jaron Blossomgame, a former Clemson player Dawkins was working with on behalf of ASM Sports Agency leading up to the 2017 NBA draft. Dawkins makes joking reference to Blossomgame going undrafted and coming back to school to play at LSU, which prompts this response from the coach: “We could compensate him better than the rookie minimum. We could give him more than the (NBA) D-League.”

“God bless us all,” Dawkins says with a laugh.

So it would seem to be time for Wade to offer the explanation he has steadfastly avoided offering. LSU, which has stuck with Wade, might be interested in offering an explanation of its own. But on Wednesday, athletic department spokesman Robert Munson told Sports Illustrated, “At this time we are not commenting on the documentary.”

The audio in the movie pertaining to Miller and Arizona is more voluminous but somewhat less certain. Miller is not careless enough to talk about a “strong-ass offer.” But he did discuss with Dawkins the alleged market price for Naz Reid (who wound up at LSU), and the language surrounding the recruitment of Nassir Little (who was involved with Miami but wound up at North Carolina) was certainly interesting.

Miller asks Dawkins which AAU operator he should “focus on” in recruiting Little. Dawkins responds, “They definitely want to get some [expletive] for themselves because they have been taking care of the kid, and they [expletive] like …”

Miller cuts in: “Miami doesn’t have an advantage over us in that area, do they?”

Dawkins responds: “Well, I’ll say this, what Miami does have is Adidas.”

Adidas, of course, was busted for bankrolling numerous recruiting deals in the first federal trial. You can decide for yourself what Miller meant by “an advantage.”

When the documentary is aired nationally, you can count on this: lawyers and school spin doctors will line up to take shots at Dawkins’ credibility, saying he is a young shyster who is now a convicted felon. That’s true. But so is this:

The coaches took his calls—and made calls to Dawkins. They didn’t run the other way from him. And in the recordings, they sure sounded comfortable speaking with him.

One of the more interesting moments in the film was when Dawkins described the FBI sting unfolding on him in a New York hotel room, being pressured to roll over to the feds to avoid prosecution—specifically, they wanted information on Pitino and agent Andy Miller. Dawkins did not cooperate.

(Kondelis said that Dawkins was an open book for the vast majority of their filming but “stopped short on multiple subjects. Specifically Rick Pitino.”)

In the middle of the interrogation/negotiation with the feds, Dawkins says in the film that his phone goes off. He looked at the screen, It was a call from Sean Miller.

“Christian knows where the bodies are buried,” Kondelis said. “Without a doubt.”