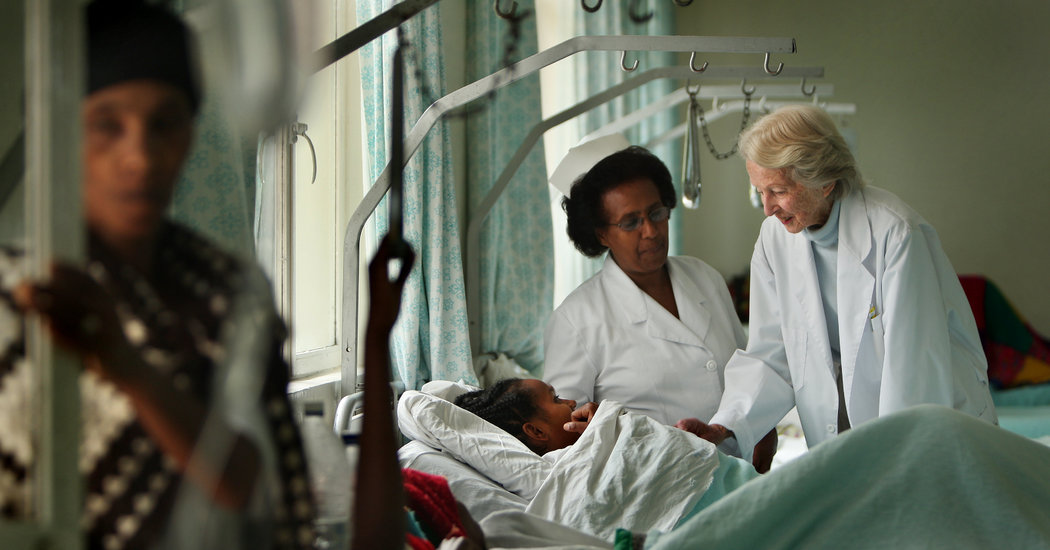 Elinor Catherine Nicholson was born on Jan. 24, 1924, in Sydney. One of six children, she graduated from the University of Sydney School of Medicine in 1946. She met Reginald Hamlin while working as a resident in the Crown Street Women’s Hospital in Sydney.

Twice nominated for a Nobel Peace Prize, Dr. Catherine Hamlin won the Right Livelihood Award in 2009, an international honor given annually to those providing solutions to the most urgent problems facing humanity. In 2012, the government in Ethiopia awarded her honorary citizenship in recognition of her dedication to the country’s people.

In 2014, she told The New York Times, “We’re trying to prevent these injuries and wake up the world.”

At her 90th birthday party in Addis Ababa, her son, Richard, referring to her patients, said: “Catherine has one son and 35,000 daughters.”

In addition to her son, Dr. Hamlin is survived by her sister, Ailsa Pottie; brothers, Donald and Jock Nicholson; and four grandchildren.

Last year, Prime Minister Abiy Ahmed of Ethiopia inaugurated a statue of her and her husband, who died in 1993, at the hospital they co-founded in Addis Ababa.

On Thursday, Mr. Abiy said, “Ethiopia lost a true gem who dedicated more than sixty years to restoring the dignity of thousands of women.”

At her birthday party, Dr. Hamlin spoke about the need to improve the world’s maternal care, saying: “We have to eradicate Ethiopia of this awful thing that’s happening to women: suffering, untold suffering, in the countryside. I leave this with you to do in the future, to carry on.”