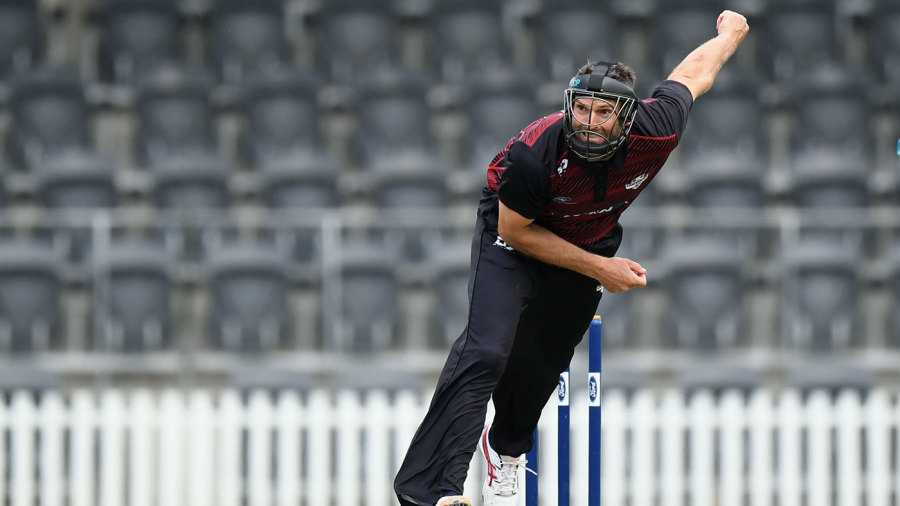 Canterbury and New Zealand bowling allrounder Andrew Ellis has retired after to end a career he had started in 2002-03. Ellis played 15 ODIs and five T20Is in 2012 and 2013.

“Elly has been the heart and soul of the team for a long time,” Canterbury captain Cole McConchie said. “I remember coming into the side and he really took me and the other young players under his wing. He was the utmost professional and his legacy here at Canterbury will stand the test of time.

“He has a massive heart and has been a great all-rounder for us for years. He’ll be very much missed around the group. I just want to, on behalf of the whole Canterbury side, wish Elly the very best of time in life after cricket”.

In the 10 years that Ellis spent in the domestic circuit before making his international debut, he had to battle five stress fractures to his lower back. A surgery in April 2010 finally helped him play consistently and make his way into the New Zealand side. He made his ODI debut against Zimbabwe in February 2012 and went on to play a home series against South Africa before touring the West Indies and Sri Lanka. He also played in a home series against England but managed only 12 wickets in the 15 ODIs at an average of 35.41, with best figures of 2 for 22.

His T20I career was even shorter, lasting five games in which he took only two wickets.

Ellis was the only player to be named the Men’s Domestic Player of the Year twice by NZC, in the 2014-15 and 2016-17 seasons. The 2016-17 season was the highlight of his career as he lifted the Plunket Shield and The Ford Trophy in his first year as captain.

“Early on in his career Andrew showed signs of his determination to get the very best out of his ability as a genuine all-rounder,” Carter said. “When Andrew was at the top of his game he was demanding and, in a positive way, a pain in the backside with his continuous questioning and pushing the boundaries to get better and better. During my involvement with him he was always working hard on improving his skills and was the selfless team man who you could put into any situation to win or save games for Canterbury.

“The game has been fortunate to have Andrew Ellis as a part of it and I congratulate him on his outstanding achievement of playing over 100 games in each format.”

“Elly will always stand out to me through his work ethic and desire to improve and better himself, especially early in his career when he would often be in hitting balls on the bowling machine at either end of the day. These out of sight and unseen practice hours built his resilience and technique for a very successful career across all formats.

“Above all, Elly was keen to help other people get the best out of themselves and this is always a great legacy to leave – he was stubborn, committed and a very successful Canterbury man.”

Ellis was also involved in a bizarre incident in February 2018 when Auckland’s Jeet Raval struck an Ellis delivery so hard that the ball hit the bowler’s head and still sailed over the boundary for a six. Later on, Ellis urged New Zealand Cricket to be “proactive” in offering protective gear to players.

Lid on while bowling

Canterbury pace bowler Andrew Ellis, who got hit on his head by a ball that went for six in 2018, has been wearing a helmet this season

Will we see more of this in cricket? pic.twitter.com/8YuN3rUOHy

Later in November 2019, Ellis was seen wearing a helmet while bowling and fielding.