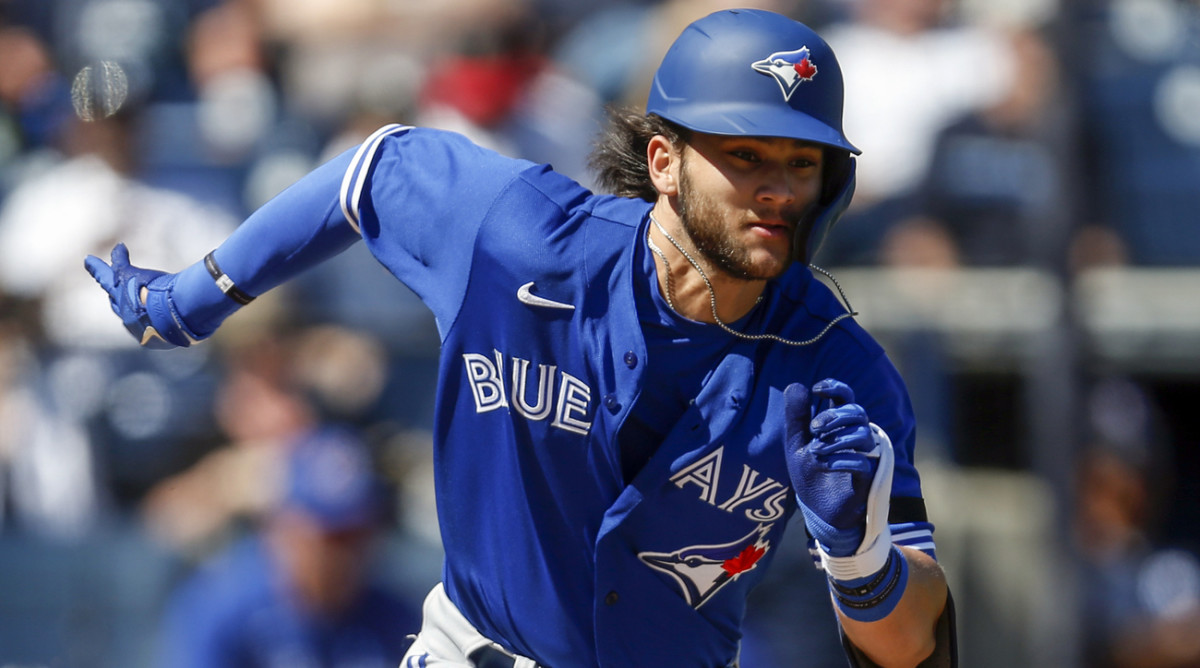 Are you the type to almost be out of bid bucks by July 4th? Shawn Childs is talking to you. Better manage your money to carry you through a dominating season!

One thing that has bothered me about fantasy baseball is the number of teams that have gone broke by mid-summer with their free-agent spending. I can’t understand it. Most top owners will never run out of money. I don’t know if it is a lack of a game plan, or they panic over a free agent that paints them in a corner.

On the other side of the fence, I do see too many owners that never spend enough money. Every team has different needs, which creates a large window to make some aggressive moves.

Start With a Plan

First, I want to explain about free agent bidding and give you a game plan for the season. In the high stakes non-trading leagues, they use $1000 of free-agent dollars to pick up players each year with every team having the same budget. When you are out of money, you are out of moves.

Many home leagues use a $100 budget, but they may allow zero bids to help a team from running out of moves.

There are about 26 weeks in the baseball season. A fantasy owner needs to gauge the free-agent market every week and decide what to bid on each free agent. There will be a wide range of prices for the same player in all the high-stakes leagues. The most challenging thing is pinpointing a reasonable price to secure the player you want without overspending too much. Coming up with a bid comes from feel, player news, team needs, experience, or even knowing your competition.

A fantasy owner could be in two leagues and want the same player in both leagues. On one team, you might need to play that player. On the other roster, you might want to add him to your bench. The team in need makes an aggressive bid, and the other side makes a token bid.

If you have a problem, you need to make moves. You can’t take the free-agent money with you, but you want to leave enough of your budget to manage for the whole season. The money doesn’t do you a lot of good in August if you’re out of contention.

If I work backward from week 26, we can get an idea of how much money we might need to make the last week of the season.

Going into Week 26, I would like to have more than $10. I probably won’t need to make ten moves (each move has a $1 minimum), but I might want to bid a couple of dollars to ensure I get the players I want.

With a month to go, a sharp owner can manage with $40 to $60. It leaves you enough money to make a move or two. With about $20 left in free agent money, you don’t leave yourself a lot of room for error. A team that is in contention might be able to block you with just over minimum bids.

A fantasy owner might want to have $100 to $200 left in their free agency budget with two months to go in the season.

Of course, if your team has been relatively healthy all year, you don’t have to spend your money. By bidding heavily early, you are being aggressive and getting players you want.

During the season, every fantasy team will have times when they need help. If you have problems early in the season, you will have the best opportunity to fix it. There will be pitchers who come out of nowhere and players getting jobs after getting called up from the minors.

A fantasy owner might not give a hot player a second look in April if he likes his current group of players. Many times it takes a couple of months to realize that some players you have invested in on draft day aren’t going to turn the corner. When that happens, you have fewer options in the free-agent pool to replace someone who is struggling.

Every week there is a player or two that gets hot and is worth a shot as a short-term cover. Many times these hot players will fizzle out the next week. Sometimes players play well and keep their job for an extended period. These players fall into the buy and hold category.

When deciding to bid on hot players, you must take history into account when placing your bids. If a 32-year-old part-time player suddenly gets more playing time, you need to take in his past resume when deciding his future fantasy value.

Is he going to turn into a stud at age 32? It’s possible, but most likely, that player isn’t worth a huge bid.

Each player is different. Every situation is different. One week you have a second basemen go on the injured list, you see one quality fill in. You might make a substantial bid.

Another week the same thing happens except two other teams have similar problems. Your equal bid might not win the player that week. When you have more eyes looking in the same area of the player pool, you know the price is going up.

Early in the season, you might not know much about the other owners in your league. You should get a feel for who is sharp at the draft table, but you might not have enough information to make an accurate evaluation. The main thing you are looking for is someone who is on the same page with you. If you get a sense that someone is in the market for similar players, you know that they will be onto some players you want on the waiver wire.

When the first couple of bidding periods run, you should be able to get a feel for some of the owners in your league. Are they holding their money? Are some owners extremely aggressive? Is anyone picking up players who won’t have any value for a month? The more you play, the better you should be at knowing the styles of your competition.

If you have a feel for your league, you might have a better idea of when you need to make a strong move if you need a player. All it takes is one player being extremely aggressive to throw a player’s free-agent value out the window. If someone does this, you know they won’t have a lot of ammo as the season goes on. Every team has the chance to make a few big moves. If you make a significant investment, you need to make sure you understand why you are doing it. A panic move can be deadly for your fantasy team.

A couple of years ago, I made 53 moves for the year on one high-stakes team, but I overspent by $773 on those pickups. I could have had all my players for $227 or about $5 per player. Some moves were me being aggressive, others were me panicking, and a few were me misreading their market value. In this league, there were a lot of teams that were holding their money, leading to a depressed market for free agents.

Each week you can see where you overspent on some players. When you see this, you need to adjust your thought process on bids for specific players. If I’ve been placing bids for a couple of buy-and-hold double starters and I noticed I’m bidding unopposed, I might need to lower my spending. If I’m bidding something in the $30 range with runner-up bids just below my total, I might need to raise my bid on the next player that fits that profile over the next couple of weeks.

As for the players that hold their money and never end up spending it, I would suggest you reevaluate your game plan. Maybe some owners don’t have a lot of time and don’t like to micromanage their teams, but you need to stay on top of the free-agent pool early in the year. Your money won’t help you when you are out of contention late in the season. The idea is to serve your team’s needs to stay in the hunt after the All-Star break.

Baseball is a marathon. You need to keep grinding. Sometimes teams, which look like runaway winners, have late-season problems. If you don’t play hard all season, you might miss on a winning opportunity.

In the first half of the year, there are more buying opportunities. You have more competition for players, but you need to spend money if you need players. If your team is underachieving, there isn’t much you can do. You try to be patient and hope the slow starters turn it around.

If you have no significant problems, it is nice to have the most money over the second half of the year. I see way too many times a team having a lot of free agent money in August and have no chance of winning. Everyone has a different idea about how to play, and they put up the entry fee.

When you prepare for this upcoming fantasy season, I suggest you take a look at how you spent your free agent money in the past. If you run out in August or early September, I would make some adjustments to ensure that you have enough funds to last all season.

As bad as you think you need someone, you have to look at the results of having no money. A dollar player can turn into a solid pick up just as fast as your $400 supposed superstar can be a flash in the pan.

Everyone’s goal is to win, and you decrease your chances when you run out of free-agent dollars. When you are hot for a player, take a deep breath. Try to make sure you aren’t running up the price of the player you want in your mind. Try to be a week early, and it will save you tons of free-agent capital.

If you feel the need to spend over $400 on the next Juan Soto or Bo Bichette, you need to do a little more homework in the offseason to make sure you own this player on draft day. If you find yourself out of contention in midsummer with a boatload of free-agent cash, roll up your sleeves and get your hands dirty when you are still in the game.