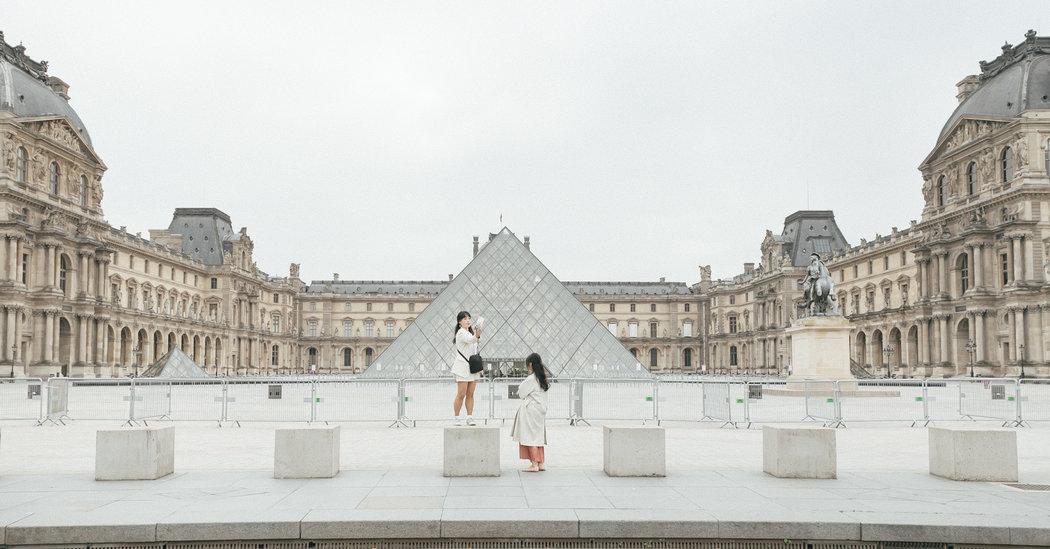 Coming soon: Cash for the crisis

As the coronavirus pandemic’s global death toll approaches 8,000, rich countries are preparing to shovel out billions of dollars in emergency relief to their banks, businesses and consumers. Here are the latest updates on the virus and the markets.

In the United States, the Trump administration has called for a $1 trillion infusion, a quarter of it in direct checks to millions of Americans, while the Federal Reserve said it would backstop a separate $1 trillion funding source that is used by companies to cover payroll and day-to-day operations.

In Europe, where leaders have agreed to close off the Continent to nearly all visitors, hundreds of billions of euros have been pledged. “We have never in peacetime faced an economic fight like this,” Britain’s finance chief, Rishi Sunak, said on Tuesday while announcing a £330 billion aid package.

But giant cash infusions aren’t without risks. Economists say that Italy should spend far more than the 25 billion-euro package it has proposed, for example, but Italian officials worry that doing so would further shake the foundations of their banking system (whose wobbles have long menaced the global financial system).

In other coronavirus news:

‘We’re all in this together’

President Trump has recommended that Americans stop unnecessary travel and avoid gathering in groups of more than 10, but that may not be enough to stop the outbreak from spreading like wildfire.

Medical experts say that strategies adopted so far by China, Singapore and Hong Kong — such as early intervention, painstaking tracking, enforced quarantines and meticulous social distancing — offer a better model for keeping the epidemic at bay.

Donald G. McNeil Jr., our infectious diseases reporter, echoed that conclusion in a conversion about the American response with our colleague Melina Delkic. Here are some excerpts.

You’ve said this is a crisis but it’s not unstoppable. How do we stop it?

It’s basically urgent that America imitates what China did. China had a massive outbreak in Wuhan, spreading all over the country, and they’ve almost stopped it. We can shut off the roads, flights, buses and trains. I don’t think we’ll ever succeed at doing exactly what China did. It’s going to cause massive social disruption because Americans don’t like being told what to do.

Is that what some countries are missing? This sense of collective action and selflessness?

That is absolutely what many Americans are missing — that it’s not about you right now. When I was a kid, my parents were in the World War II generation and there was more of a sense of, hey, we did something amazing; we ramped up this gigantic society effort. It was this sense of we’re all in this together.

We’ve got to realize that we’re all in this together and save each other’s lives. That has not penetrated yet, and it needs to penetrate because we all have to cooperate.

The sad thing is: Most people — this has been true in every epidemic I’ve covered, whether it’s Zika in Puerto Rico or AIDS in South Africa — don’t believe in the disease until they see someone get sick and die from it, someone they know.

Racing to find a cure

So far, no antiviral drug has proved to be effective against the coronavirus. But — and yes, good news still exists — many of the most promising drug candidates are already approved to treat other diseases, including cancer.

The coronavirus is invisible to the naked eye, so what will historians see when they look back on the 2020 pandemic?

Surgical masks, of course. Our chief fashion critic, Vanessa Friedman, dived into why they were invented (in the 1890s) and widely adopted (during the Spanish flu epidemic of 1918), and how they became shorthand for racism during a blame game about how the recent outbreak started.

China: In the latest tit-for-tat move between Beijing and Washington, the Foreign Ministry announced that it would expel American journalists working for The New York Times, The Wall Street Journal and The Washington Post.

Germany: The Defense Ministry said it was investigating how a laptop sold on eBay for $100 was found to contain classified software for a surface-to-air rocket system used by the air force.

Snapshot: A physicist in the American Midwest is trying to disentangle the structural dynamics of birds’ nests using bamboo skewers, above.

What we’re reading: This Harvard Business Review article about two new mothers who take very different paths going back to work in Sweden and the U.S. “Reading the two stories side by side shows just how dismally work-family policies in the U.S. measure up — if they’re there at all,” says Francesca Donner, the director of our Gender Initiative.

Cook: This rosemary, olive oil and orange cake is great for what our Food editor Sam Sifton calls “procrastibaking,” though “anxiety baking may be the better term of art these days.”

Watch: Videos of young performers spread on social media in the U.S. after an actress invited theater kids to share songs from shows that were canceled because of the pandemic. Our reporter called the project “a rare river of uplift in a moment of global distress.”

Smarter living: Working from home (in your pajamas!) can be great. And it doesn’t have to be lonely, says a writer in Berlin.

The pandemic is having a big impact on the world’s wallet. To understand the fallout, Times Insider spoke to Jeanna Smialek, who covers the Federal Reserve from Washington. Below is a condensed version of the conversation.

On Sunday, the Fed slashed interest rates to almost zero. How could that affect us going forward?

The move should help consumers borrow and spend. For example, it should make mortgages cheaper. But at the end of the day, nothing the Fed can do at this point is going to offset the full shock of the coronavirus, because its tools are just not well suited to making up for lost work hours or helping employees who have missed out on paychecks.

Can nations work together to help the global economy rebound?

Central banks do not have the firefighting power that they had going into the 2008 financial crisis. Many central banks, like in Japan and in parts of Europe, already had very low or even negative interest rates. And so they just have less room to act to soften the economic blow.

What matters right now is what happens to the companies getting clobbered in the moment. Is this a short-term blip that is painful but not devastating? Or will this kill companies, thereby having greater repercussions for financial markets, and be much more long-lived in its pain?

If there’s one takeaway for readers on the global economy, what should it be?

It’s been said by every person on the planet at this point, but the single best thing for the global economy is for this virus to be contained. More than any fiscal or monetary package, the public health response here is most important.

P.S.
• We’re listening to “The Daily.” Our latest episode is about the coronavirus outbreak in Italy.
• Here’s today’s Mini Crossword puzzle, and a clue: Units of a molecule (five letters). You can find all our puzzles here.
• Here’s how The New York Times Magazine made its most recent print edition interactive.