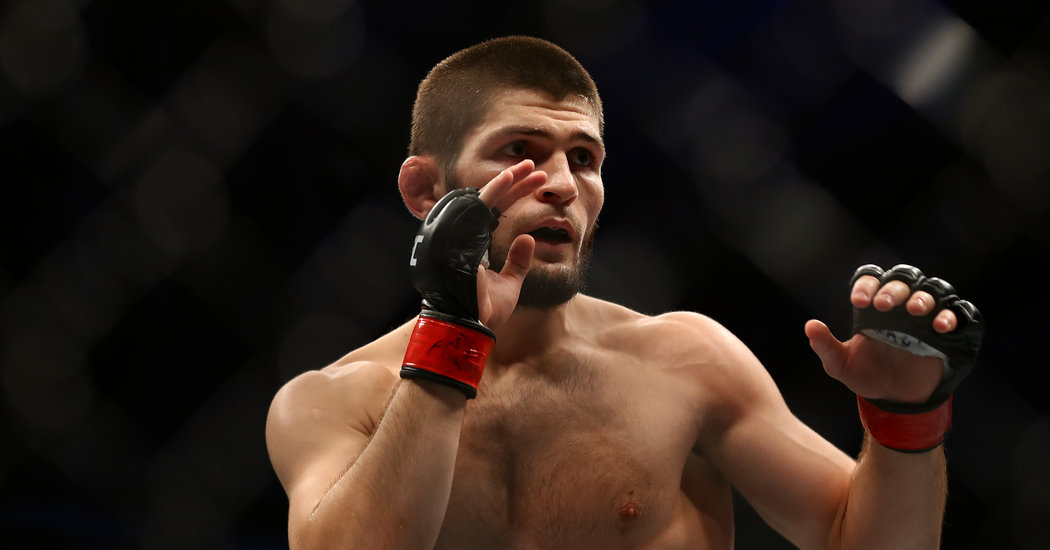 If the heavily hyped U.F.C. lightweight title fight between Khabib Nurmagomedov and Tony Ferguson is going to take place as scheduled on April 18, it won’t happen at Brooklyn’s Barclays Center.

The New York State Athletic Commission told The New York Times on Wednesday morning that the coronavirus pandemic would keep the event out of New York.

“Out of an abundance of caution and in line with recent guidance issued by the Centers for Disease Control and New York State, the New York State Athletic Commission informed the U.F.C. that U.F.C. 249 cannot be held in New York,” the commission said in an email message.

The pandemic has led many other state commissions to suspend combat sports altogether. Nevada has halted all pro boxing and mixed martial arts events through the end of March, and California has a similar moratorium.

The U.F.C. has resisted moving or delaying fights, in hopes of salvaging bouts that have been popular on pay-per-view, ESPN and the network’s streaming service ESPN+.

Dana White, the president of U.F.C., has been adamant that Nurmagomedov and Ferguson will fight April 18, even as the promotion postponed a London event set for this weekend and two more U.S. shows that were scheduled for early April.

“We’re hoping that this all clears up by April and this fight’s going to happen,” White told ESPN on Monday. “No crowd, whatever it takes.”