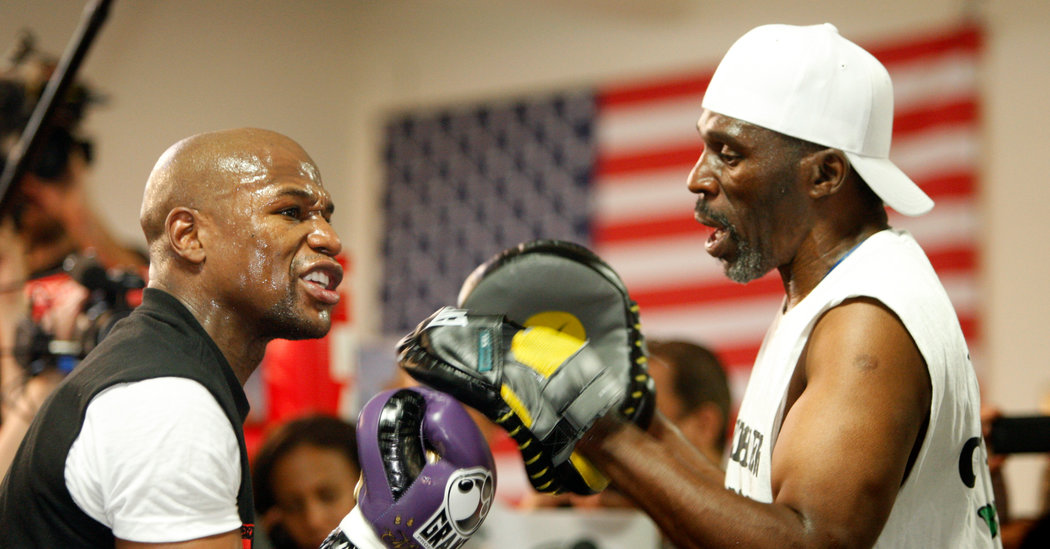 Roger Mayweather, who was a world champion boxer in two weight classes but became better known as the trainer of his nephew Floyd Mayweather Jr., died on Tuesday in Las Vegas. He was 58.

Floyd Mayweather announced the death in a statement. He did not specify the cause, but said his uncle’s “health was failing him for several years.” Roger Mayweather had a number of long-term health problems, including diabetes.

Roger Mayweather, whose nickname was Black Mamba, had a record of 59-13, with 35 knockouts. He won titles at 130 and 140 pounds in an 18-year career that began in 1981. He fought well-known opponents like Julio Cesar Chavez and Pernell Whitaker.

The Mayweathers were one of boxing’s most celebrated families: Roger’s brothers, Floyd Sr. and Jeff, who survive him, were also professional fighters, and Floyd Jr., who won world titles in multiple weight classes, was named “fighter of the decade” by the Boxing Writers Association of America in 2010.

Roger Mayweather was born on April 24, 1961, in Grand Rapids, Mich. He made his pro boxing debut in 1981 with a first-round technical knockout of Andrew Ruiz after going 64-4 as an amateur.

When Floyd Mayweather turned pro in 1996, Roger began winding down his career as a boxer and became his nephew’s trainer. He held that job until early 1998, when Floyd Mayweather Sr. was released from prison and took over. But Floyd Jr. fired his father in 2000 and brought his uncle back.

Roger Mayweather was suspended for a year and fined $200,000 by the Nevada State Athletic Commission after an incident during a junior welterweight title fight between Floyd Mayweather and Zab Judah in 2006. When Judah fouled Mayweather hard twice near the end of the 10th round, Roger Mayweather entered the ring and got into a scuffle with Zab’s father and trainer, Yoel Judah.

Josie Harris, the mother of three of Floyd Mayweather’s children, was found dead at 40 last week in an automobile in Valencia, Calif.

“With all the boasting and stuff that Floyd did,” he added, “Roger was a reality check.”