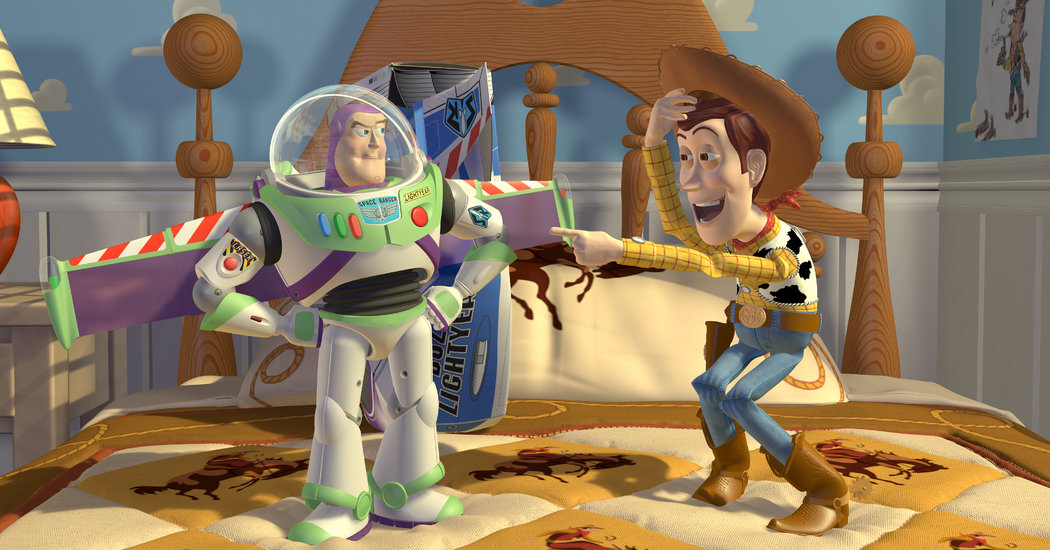 SAN FRANCISCO — Pat Hanrahan was a young biophysics student at the University of Wisconsin-Madison in the 1980s when he decided to give up his work with microscopic insects and join a small group of computer scientists in their quest to make a movie.

The group was led by Ed Catmull, a computer graphics pioneer who had become the chief technology officer at a new company called Pixar. The movie was “Toy Story,” the landmark animated feature released in fall of 1995.

On Wednesday, the Association for Computing Machinery, the world’s largest society of computing professionals, said Dr. Hanrahan and Dr. Catmull would receive this year’s Turing Award for their work on three-dimensional computer graphics. Often called the Nobel Prize of computing, the Turing Award comes with a $1 million prize, which will be split by the two pioneers of what is often called C.G.I., or computer-generated imagery.

Their work changed not only animated movies but Hollywood special effects, video games, and virtual reality.

“Both Pat and Ed have had a pervasive influence on multiple industries, both through their technical contributions and their leadership,” said David A. Price, the author of “The Pixar Touch: The Making of a Company.” “Many of the foundational techniques in 3-D computer graphics came from Ed or from people he was led.”

When they started, the young researchers hoped to make a full-length feature entirely from images generated by a computer. Dr. Hanrahan did not think they would reach this goal, but he felt they might as well get started.

“I didn’t think it would be possible in my lifetime, but I could spend the rest of my life working on it,” Dr. Hanrahan, 64, said in an interview.

After joining Pixar in 1986, he oversaw the development of a graphics system called RenderMan, building on more than a decade of work by Dr. Catmull and others. RenderMan played a key role in the making of “Toy Story” and the many Pixar features that followed, generating increasingly realistic 3-D animation. But its effect on the movie business extended well beyond characters like Woody and Buzz Lightyear.

In the late 1980s, Dr. Hanrahan and his Pixar colleagues licensed RenderMan to other movie makers. They also released the RenderMan Shading language — the computer language that allowed anyone to modify the technology. As a result, the technology improved much faster.

Even before the release of “Toy Story,” RenderMan was used to create special effects for seminal films such as James Cameron’s “Terminator 2: Judgment Day” and Steven Spielberg’s “Jurassic Park.” Later, it fed the creation of movies like “Avatar,” “Titanic” and the “Lord of the Rings” trilogy.

In the early 1970s, Dr. Catmull was a Ph.D. student at the University of Utah under one of the founding fathers of computer graphics, Ivan Sutherland. When he moved to the New York Institute of Technology on Long Island and later Lucasfilm, the Northern California movie production company that made the “Star Wars” films, he brought an academic’s sensibility, encouraging his engineers to share their work with the wider community of researchers.

“I had such a great time at Utah,” Dr. Catmull, 74, said in an interview. “I wanted to take a lot of the same principles and apply them to the next place.”

At Pixar, that attitude continued. Though Pixar was owned by Steve Jobs — whose belief in corporate secrecy became famous the world over as he built his other company, Apple — Pixar engineers like Dr. Hanrahan regularly published academic papers describing the underlying details of their work.

“Almost every project was owned by the community of computer scientists,” said Michael Rubin, the author of “Droidmaker: George Lucas and the Digital Revolution,” who worked alongside Dr. Catmull at Lucasfilm. “A product like RenderMan was not just something made by Pixar, for Pixar. It belonged to the community.”

This accelerated the development of software and hardware like the specialized computer chips needed to generate 3-D images. These graphics processing units, or G.P.U.s., drove the 3-D computer games that became ubiquitous in the 1990s and 2000s. Later, they played an essential role in the design of virtual reality and artificial intelligence technology, including the techniques that underpinned self-driving cars, facial recognition services and talking digital assistants like Alexa.

Much of this work was driven by new computer languages that allowed anyone to build new software for these chips — languages similar to the one that fed RenderMan. They also could trace their roots back to Dr. Hanrahan. After leaving Pixar in 1989, he continued his research as a professor at Princeton and Stanford, where he and his students helped develop those languages.

Dr. Catmull eventually became the president of Pixar, and after the Walt Disney Company acquired Pixar in 2006, he helped remake animation at the nearly 80-year-old movie studio.

“There is no one who has had such a profound and widespread effect on computer graphics as Ed Catmull,” Mr. Rubin said.