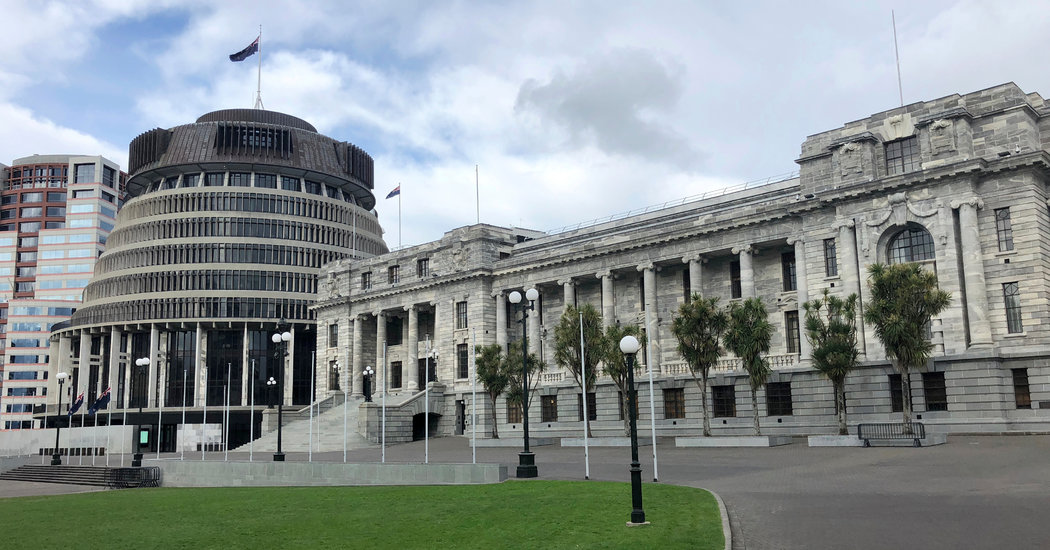 Lawmakers voted on Wednesday to liberalize New Zealand’s abortion law and allow unrestricted access during the first half of pregnancy, ending the country’s status as one of the few wealthy nations to limit the grounds for abortion during that period.

Members of Parliament also greatly loosened restrictions on abortions in the latter half of pregnancy, with language that opponents say amounts to no meaningful limitations until the moment of birth.

Lawmakers voted 68 to 51 to approve the bill, which would take effect a day after receiving assent from the governor-general, Queen Elizabeth II’s representative in New Zealand, which is considered a formality.

New Zealand’s existing law on abortion, adopted in 1977 and amended a few times, treats termination, even early in pregnancy, as a crime, though officials say that no one has ever been prosecuted for it. The new law would remove it from the criminal statutes, and provides no penalties for violation.

The existing law does allow for some exceptions — about 13,000 abortions a year are performed legally, the government said — as when a woman’s physical or mental health is endangered. Critics claim that has made it common for women to feign mental illness to obtain abortions, and for doctors to play along.

But even then, the approval process has been difficult and slow.

“The current framework requires women seeking an abortion to maintain a fiction about their mental health,” said New Zealand’s justice minister, Andrew Little, a member of Parliament from the Labour Party. “They have to consult multiple practitioners, multiple health professionals. And what that has done in New Zealand is caused women, those who get an abortion, to get it much later in the pregnancy than is desirable.”

Amy Adams, a former justice minister and National Party lawmaker, called the law “outdated and incredibly paternalistic,” and spoke of women she knows who have had abortions.

“I have seen them face the delays, the difficulties, the struggles, the judgment, the abuse, frankly, and feel marginalized and criminalized because of our law,” she said in Parliament on Wednesday.

The issue cut across some of the lines that usually divide the liberal Labour Party, leader of the governing coalition, and the conservative National Party, the main opposition. Public opinion surveys show that most New Zealanders favor liberalizing the law, but even some lawmakers in that camp said lawmakers went too far.

The new law will allow a woman to obtain an abortion on demand up to 20 weeks into a pregnancy. Beyond that point, abortion would be legal only “if the health practitioner reasonably believes that the abortion is clinically appropriate in the circumstances.”

But the bill does not say what counts as appropriate. It states only that the practitioner must consult with at least one other colleague, and take into account “all relevant legal, professional and ethical standards,” the woman’s physical and mental health and “overall well-being,” and the age of the fetus.

Agnes Loheni, a National Party member of Parliament who opposed the bill, said: “It will allow for abortion up to the moment of birth. It is a broad, ill-defined, vague section with no regard to the unborn child.”

Simeon Brown, another National Party lawmaker, said the new law would allow abortion in cases when a fetus could survive outside the womb, or for sex selection. And he complained that the bill’s supporters dismissed any objections as religiously based, and denigrated those that were.

“I’m opposed to this bill not because of the tenets of any religion but because of scientific, philosophical and ethical principles,” he said.

Advocates of the bill argued that neither women nor their health care providers would pursue late-term abortions lightly.

The law does not prohibit abortion for the purpose of sex selection, but states that Parliament is opposed to the practice, and directs the government to study the issue and report back on it within five years.

The vote in Parliament came after a failed attempt to hold a national referendum on the issue. It culminated years of political battles over attempts to loosen the law.

Most countries in Africa, Latin America and the Middle East have abortion laws that are as restrictive as New Zealand’s has been, or more so. But among the most highly developed countries, only Poland and South Korea do, according to groups that study the issue.

Ireland had the most complete ban in Europe until the law was changed in December 2018. Australia’s most populous state, New South Wales, decriminalized abortion last September.