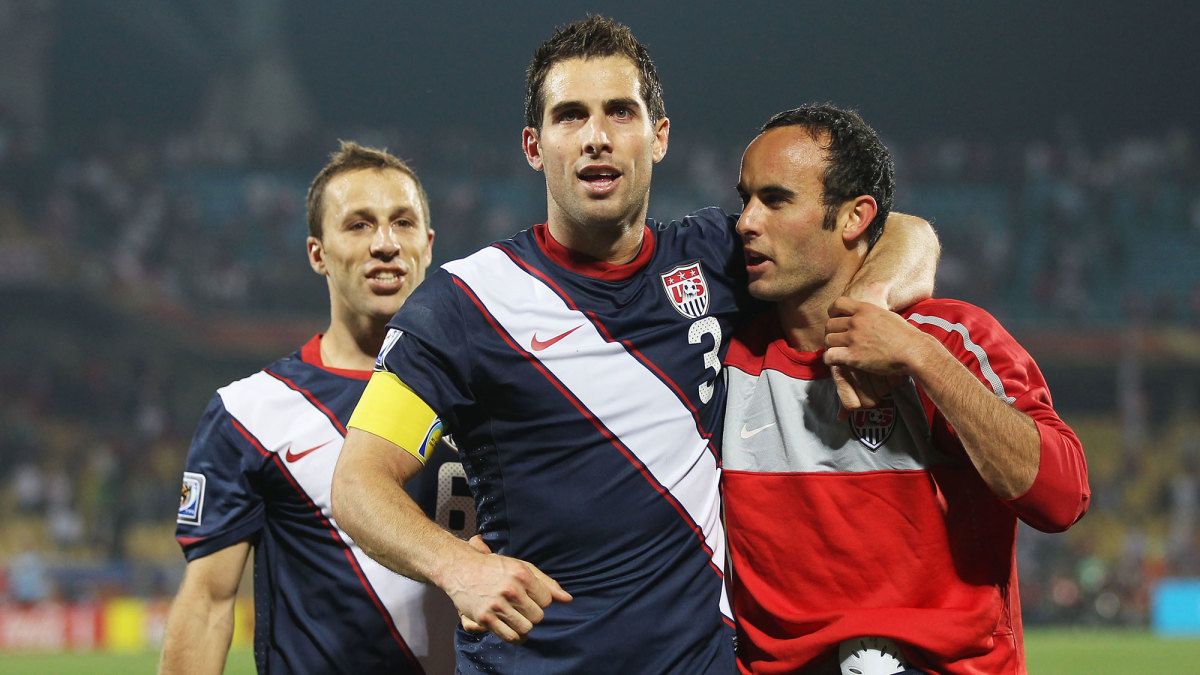 The present is on lockdown. The future is uncertain. So let’s cling to what we have—celebrating and dissecting the past. Watch reruns of memorable matches, resurrect old debates and hope that maybe, hopefully, National Soccer Hall of Fame voters can get it right this time.

Because one way to ensure the past is forgotten, and tougher to talk about, is by barring the door to the place where it’s commemorated. FC Dallas and the U.S. Soccer Federation built a lovely museum in Frisco, Texas, that could use some inductees.

Starting Wednesday, voters from across the American soccer landscape will get their crack at this year’s NSHOF ballots. Voting should last about two weeks, giving selectors time to study the candidates’ qualifications and maybe, while they’re sitting at home, cue up some old video of Jaime Moreno bossing MLS defenses or Steve Cherundolo bossing the right flank. Those two are probably the most egregious Hall of Fame omissions by a group of voters who’ve become incomprehensibly stingy in recent years.

Last year’s sole inductee from the player ballot, Abby Wambach, was somehow left off by 19% of voters despite being (at the time) the leading goal scorer in the history of international soccer. Guess you really can’t please everybody. Only three players were inducted in 2018—including new U.S. Soccer president Cindy Parlow Cone from the veterans ballot—and there was only one the year before (and of those five, just one, Brad Friedel, was male). While the bar for U.S. internationals seems inexplicably high, the barrier to entry for foreign-born MLS stars is total. There isn’t a single one in the Hall, despite the presence of NASL legends like Pelé, Giorgio Chinaglia and Franz Beckenbauer. Their omission represents a wholesale deletion of a massive part of the American soccer story.

U.S. Soccer and the NSHOF are in the process of examining the voting rules and procedures to see if they can be improved. Changes probably are on the way. Meantime, unlike just about everything else in sports at the moment, this show must go on. So here’s a look at the ballots, procedures and nominees, some of whom deserve overdue induction.

This is the highest-profile ballot—the one that features players who’ve been retired for three years (but not more than 10). To be eligible, a player must have been capped by the USA 20 times, or spent at least five seasons in a U.S. first-division league (MLS or WUSA/WPS/NWSL) and earned one Best XI nod.

The voting pool comprises Hall of Fame members, all present and former USMNT and USWNT coaches, active MLS and NWSL coaches with at least four years experience, MLS and NWSL commissioners and members of management, the USSF president (Parlow Cone) and CEO (vacant). That group numbers 225 people. They’re joined by approximately 75 members of the media.

Each voter may select up to 10 players for induction. Any candidate listed on 66.7% of ballots will be elected. Anyone who fails to secure at least 5% of the vote is dropped from the ballot.

David Beckham – A very strong case can be made that Beckham belongs in the Builder category (see below). But however he gets in, he deserves to get in. Beckham represented a turning point for pro soccer in America. He also won two titles with the LA Galaxy.

Carlos Bocanegra – The defender earned 110 caps, played in two World Cups, captained the national team, won two Concacaf Gold Cups, and was a stalwart Premier League and Ligue 1 starter during a 10-year European career. He barely missed induction in 2019, appearing on 64.6% of ballots.

Steve Cherundolo – He’s called the “Mayor of Hannover.” Any American player whose soccer exploits result in fans from a city in one of Europe’s big five leagues nicknaming him “mayor” warrants immediate induction. It should be a rule. Cherundolo was omitted on an embarrassing 48.3% of ballots last year.

Frankie Hejduk – One of American soccer’s great personalities who also happened to be a massive contributor to the 2002 World Cup run, a three-time Gold Cup champion, and the captain of an MLS Cup/Supporters’ Shield double-winning team. Frankie was fun. Vote him in.

Jaime Moreno – Two players have totaled 100 goals and 100 assists in MLS regular season play. One has the league MVP award named after him and one day should have his own wing in the NSHOF. The other is Moreno, who was disrespected last year with just 36.5% of the vote. The only explanation for that is that the other 63.5% just don’t watch soccer. This is the Bolivian legend’s last year on the player ballot.

Steve Ralston – He was unfortunate to earn just 36 caps, but Ralston won two Gold Cups, scored the game-winner in a World Cup qualifying victory over Mexico, and put together a legendary 14-year MLS career. He retired as the league’s all-time assist leader and still ranks second. At some point, domestic league dominance has to be enough to get your foot in the NSHOF door.

Hope Solo – Solo was the best in the world at her position for a decade. That warrants a slam-dunk induction, despite her antics. Solo won the Women’s World Cup, two Olympic gold medals and was U.S. Soccer’s women’s athlete of the year in 2009.

This ballot is for players who’ve been retired 10 or more years. Otherwise, the criteria are pretty much the same as the player ballot. They become more flexible when counting caps earned prior to 1990 or when assessing performance in leagues that existed before MLS.

The voting pool for veterans is limited to members of the NSHOF. There will be 86 ballots sent out. Voters can choose up to five players, and the top vote-getter will get in as long as they appear on at least half the ballots (more than one can be inducted in case of a tie).

Taylor Twellman – Like Beckham, Twellman sort of falls between categories, and this may be something the NSHOF addresses in the future. Meanwhile, his on-field prowess (111 goals in 195 MLS games) and off-field contributions (concussion advocacy, broadcast) warrant induction. Last year was Twellman’s final shot on the player ballot and he garnered just 27% of the vote.

Steve Zungul – Indoor soccer is an oft-forgotten but significant part of the American soccer story. Between the NASL and MLS, pro soccer survived inside and there, Zungul dominated. The “Lord of All Indoors” defected from Yugoslvia in 1978 and went on to win eight championships, set Gretzkyesque scoring records and, upon his return to the outdoor game, win the last NASL MVP award in 1984.

There are nearly as many builders in the NSHOF (150) as players (154), which seems odd. It reflects the decades when many toiled outside the spotlight to keep the sport alive at the amateur and grassroots levels, prior to the modern era that began either with the original NASL or in the 1990s, depending on one’s point of view.

Eligible builders must be at least 50 years old and should have spent at least 10 years contributing to the sport (or seven if they’re a referee). The voting bloc (125 members) is larger than the veterans ballot but smaller than the players ballot. It includes all NSHOF members, the MLS and NWSL commissioners, USSF president and CEO (vacant), USSF director of officials, and members of MLS and NWSL management.

Voters can choose up to five candidates. Like the veterans ballot, the lead vote getter is elected as long as they’re on 50% of the ballots.

Francisco Marcos – The behemoth that is now the USL, which features nearly 130 teams across three leagues, was started by Marcos in the mid 1980s as a humble indoor circuit based in Texas. From there, it grew through various names and iterations to become the organization that governs a large swath of lower-league soccer in the USA.