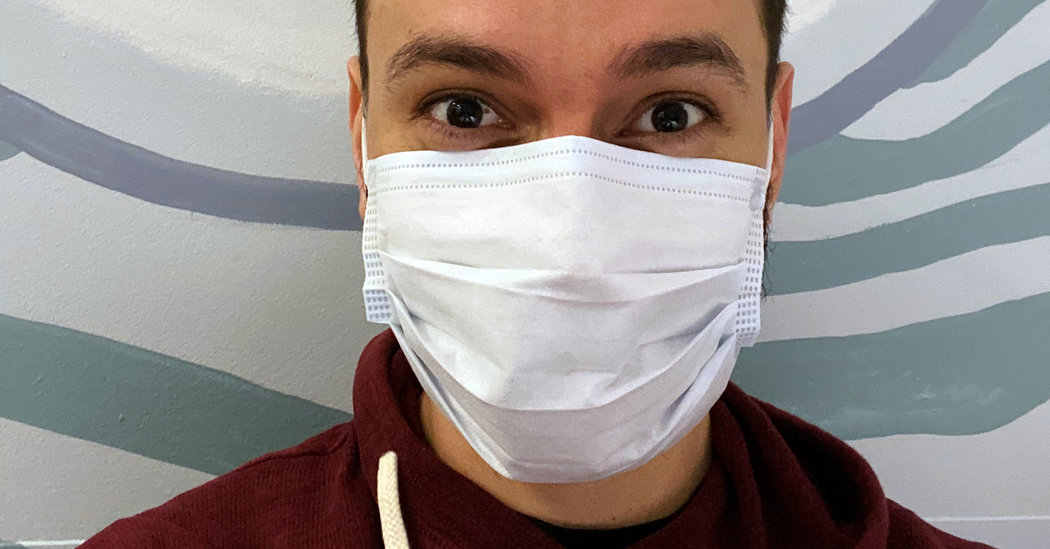 Almost a dozen calls with five health care providers over five hours. Two hours of hold music. Two hours in a hospital. Four days of anxiously checking an online portal for results. And lots of confusion.

That’s the winding path through bureaucracy that took me from placing my first phone call last Wednesday to getting my positive coronavirus test results on Monday night. Five days in limbo.

I’m 33 years old and healthy without any existing respiratory conditions, so the illness itself is perfectly manageable. It feels like a medium-grade flu, with some extra coughing and chest pain.

But the process to get me here was a maze of inefficiency, and I’m one of the fortunate ones.

Enormous numbers of people across the country — even those who have severe symptoms or who are especially vulnerable — are facing roadblock after roadblock as they try to get answers.

On Wednesday, I woke up with a cough and the chills. The first thing I did was Google my symptoms.

I brushed it off, thinking it was all in my head. But after taking my temperature a few times throughout the morning, a fever started to show: 99.9 degrees. The coughing continued and I was soon at 100.2.

After some prodding from my roommate, I called my doctor’s office. Someone took down my symptoms and put me on hold, after which I was told that I should call urgent care to get a test.

“Is there somewhere you can refer me?” I asked.

“Just Google ‘urgent care N.Y.C.,’” the woman on the phone told me, adding that I could also try CityMD, a local walk-in clinic, because it was doing tests.

I called a CityMD location, but was told that no, in fact, it was not giving the test. Again, I asked for a referral to someplace that was.

My roommate was now pitching in, calling the Centers for Disease Control and Prevention in one room while I called NYC Health and Hospitals, the city’s public hospital system, in the other. After about an hour on hold, she got through to someone at the C.D.C. By then, my temperature was 101.7 degrees.

My roommate handed the phone to me and a woman on the line took down my symptoms and demographic information, then put me back on hold. A few minutes later, she came back on the line and told me that someone would call me back with more information and, in the most topsy-turvy interaction of the day, advised me to call my doctor’s office and tell it to visit cdc.gov to learn correct protocols.

When the C.D.C. called back, a person said someone would call me every few days to check my status; I haven’t heard from the C.D.C. since.

The whole time, I was still on hold with NYC Health and Hospitals. After a few more minutes, I got through to someone who also took down my symptoms and demographic information. But this time, I received some concrete information: isolate for 14 days.

I hung up and I thought I was done; I had my orders, and my roommate and I were ready to hole up with our two cats. But about an hour later, NYC Health and Hospitals called back and wanted to schedule a test for me and my roommate the next morning.

Why we were given the test is still a mystery. We’re two young, active people, only one of whom had symptoms, and none of which were severe.

Many people would never even get to this point: I’m fortunate that I could work from home; that I had the flexibility to sit on hold for hours; and that my workplace allowed me time off the next day.

Ever since I got my result, I’ve had friends — one of whom has an underlying medical condition — also try to get tested, and none have been successful.

About 50,000 people have been tested in the United States so far, according to estimates by the Covid Tracking Project, an internet community effort.

South Korea is testing about 10,000 people every day.

On Thursday, my roommate and I walked 40 minutes from our Lower East Side apartment to a hospital because a nurse had instructed us not to take public transit or a taxi. (How would someone in poor health have managed?)

We arrived at a special entrance, a metal gate on the side of the hospital, and, as instructed, we called the nurse to tell her we were there. She met us outside and handed us each a mask before walking us to a locked waiting room designated as a coronavirus area.

Here, hand sanitizer was not in short supply; I counted three dispensers in the nine-seat waiting room. (I disclosed that I worked as a journalist for The New York Times only when asked during intake.)

After an hour or so, we were escorted to a standard hospital room, which had to be cleaned so thoroughly after each test it could only be used once an hour. A doctor we couldn’t see called us from a separate room to ask about our symptoms and potential exposure. We finished the call, and a few minutes later, she entered the room wearing a hospital gown, gloves and a breathing apparatus.

She explained that we’d each be given four nasal swabs — two in each nostril — to test for both the flu and for Covid-19, the disease caused by the coronavirus. I had read that the test feels like the swabs are stuck so far up your nose they hit your brain, but it was nothing that dramatic. A quick swirl around the nose.

The doctor disposed of her gown and gloves, then knocked on the door so a nurse could open it from the outside. She left, then called back a few minutes later to tell us to continue to isolate and call 911 if symptoms worsened.

We walked home in our masks and we haven’t left the apartment since.

We were told results would be available after two to three days. Four days later, around 6 p.m. on Monday, they were posted online.

Even the results process was botched: I was later told that test results were not supposed to be posted online.

I notified my workplace, along with everyone I’d had contact with over the last week, and … that’s about it.

For people with Covid-19 who have mild symptoms, there isn’t much to be done. Take medicine if you have a fever, and do not leave home. The biggest battle we’re facing right now is cabin fever.

But our experience revealed that the institutions charged with helping us were just as confused as we were.

Multiple people told us that they were doing their best, but they just didn’t quite know what to do — though, to be clear, every nurse, doctor and health care worker we encountered was tremendously helpful, and the hospital staff could not have been more comforting.

But finding solid guidance took hours of time and lots of energy, and for people without my privileges, the process would be exponentially worse.

Still, there are signs of improvement. In New York, Gov. Andrew M. Cuomo has pushed to increase testing, and the number of tests jumped by more than 500 between Monday and Tuesday morning this week. The state opened its first drive-through testing center, in New Rochelle, with more centers on the way. And Mayor Bill de Blasio announced on Tuesday that by Thursday the city would be able to test 5,000 people every day, instead of just several hundred.

Through it all, I did manage to find a bit of humor in my situation: I found out I had the virus on my birthday.