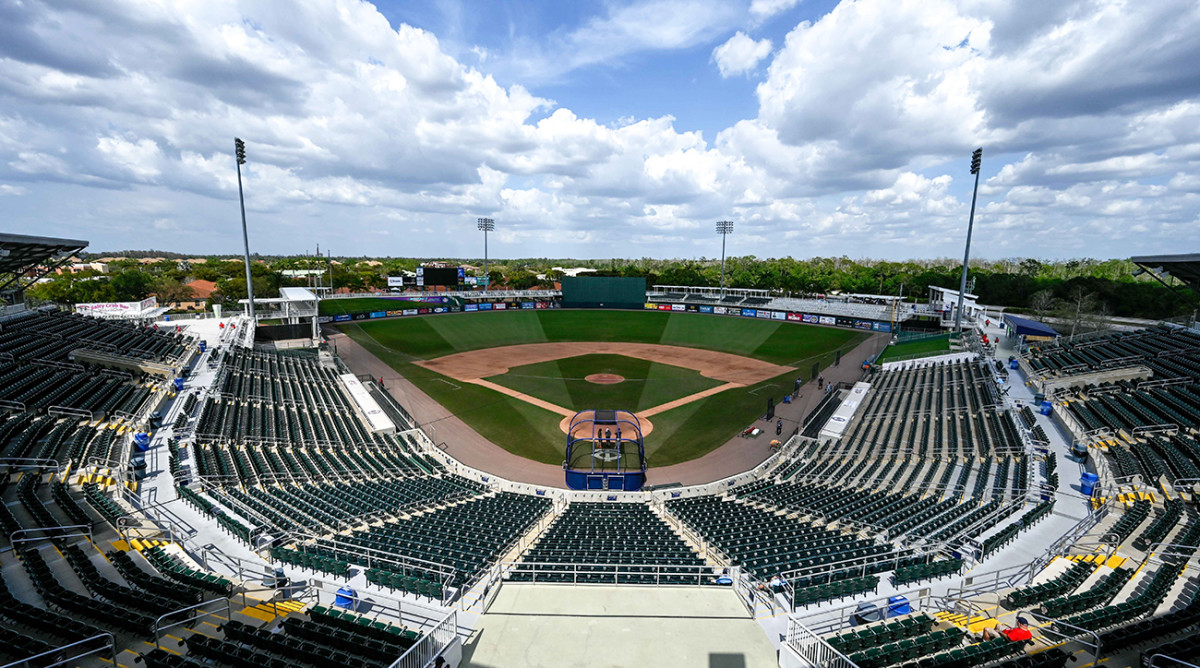 Donny Breek awoke in his room at the Minnesota Twins Player Development Academy around 10 a.m. on Wednesday, a late hour that would have felt like a rare luxury just last week, when spring training was still on and early workouts were daily.

Now, camp is closed due to the coronavirus outbreak. All minor-league players have been sent home—all, that is, but Breek, who is from the Netherlands, and a handful of others. This tiny set of mostly foreign players have been moved to the Twins’ Academy in Fort Myers, Fla. They cannot travel home; they are not able to hold workouts; they cannot play baseball. Instead, they do what they can to fill their days on their own.

On Wednesday, Breek showered and went down to the cafeteria for breakfast, where he could see his few teammates left in town. There are roughly a dozen of them: German, Russian, Venezuelan. The last Americans—a few who had been held back for injury rehab when the others were sent home last week—finally left this morning. The rest of the day? There are no team activities. There are no activities, period.

To fill the time between breakfast and lunch, Breek played video games. He’s had a few on rotation lately: MLB The Show 20, Apex Legends, UFC, and Call of Duty Modern Warfare. At 1 p.m., he went down for lunch, and after that, he faced the choice of more gaming or some Netflix. (He’s re-watching Breaking Bad.) He planned to call his parents for a little bit after that. He’ll have an early dinner, maybe 5 p.m.—why wait? Then, a workout in his room, some more television or gaming, and finally, around midnight, bed. “Hopefully, I fall asleep right away.”

It’s a weird existence—experiencing a global pandemic as the last players left at a team complex. But its daily routine (Netflix, gaming, at-home workout) is strikingly similar to that of countless people, around the country and the world, suddenly looking for structure in isolation.

“I’d rather be home, to be honest,” says Breek, a pitcher who has spent the last two seasons in the Gulf Coast League. “It’s just not ideal… but it is what it is.”

Last Thursday, MLB shut down spring training and announced that opening day would be delayed. Teams sent minor-league players home soon after. (Most clubs allowed major leaguers the opportunity to stay at their facilities if they so choose, at least at first, and to move out on their own schedule.) But President Trump had already placed travel restrictions on Europe, and with no idea of when they’d be allowed back in the U.S., teams were reluctant to send players from those countries back home. Now, these minor leaguers are some of the only people left at team complexes, camps turned into ghost towns.

As recently as Tuesday, their numbers were a tiny bit bigger. Breek spent the evening hanging out with the guy who bunked in the room next door to him at the Academy: Seth Pinkerton, a 23-year-old pitcher in rehab for a knee injury. Pinkerton is from Ogdensburg, N.Y., a small town near the border with Canada, and was held in Florida because he wouldn’t be able to receive the same level of medical care at home. But around 9 p.m., Pinkerton got a call from Alex Hassan, the team’s director of player development. He, too, was going home. After Wednesday, there would be no American players left at the Academy, injury rehab or not. Only those who could not return home due to travel restrictions would be left.

“It’s been a chaotic 24 hours,” Pinkerton said from the airport on Wednesday afternoon, on a layover on his way home to New York and eating for the first time all day (Snickers bar). “I thought I might be staying there for the duration, and a few hours later, I got the call—get your bags ready, you’re going home.”

Pinkerton’s last few days in Florida had been somewhat eerie, too. Since he was in injury rehab, he was allowed to access the training room, unlike other players. But there were strict rules in place. He had to disinfect his hands immediately upon entering. If he played catch, he had to keep track of the ball and use the same one, rather than picking up whichever one happened to be lying around. “It’s kind of crazy,” he says of the situation. “It was crazy, I should say.”

As for Breek, and the few foreign players left with him at the Academy, they can only take it one day at a time. His family tells him that they’re fine for now back in the Netherlands, where public life has shut down much as it has in the U.S., and he tries to do just what they’re doing.

“I try to do everything really slow to get through the day,” says Breek. “Whatever you can do to keep yourself busy.”