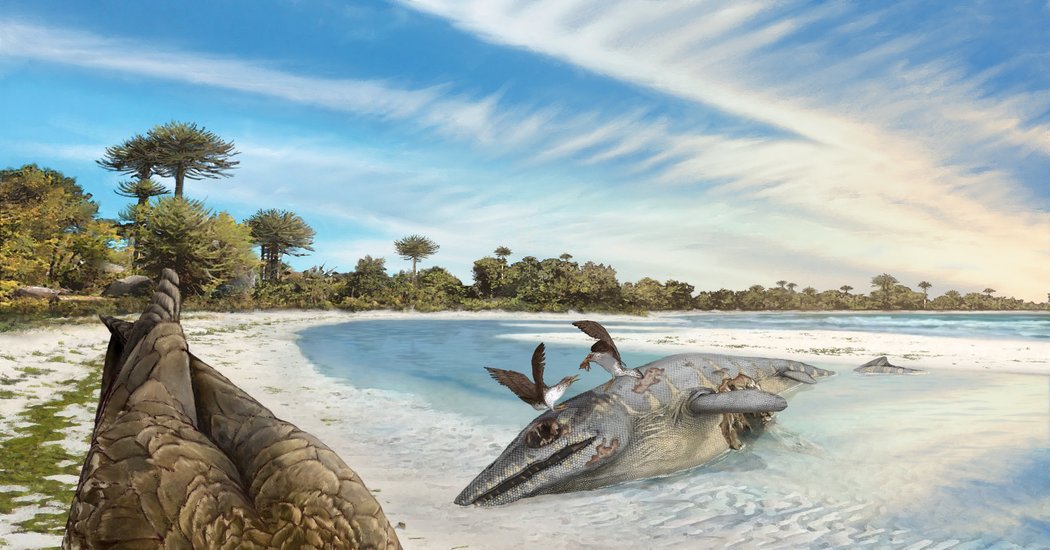 Based on its bones, the Wonderchicken was likely a small, ground-dwelling bird — about the size of a male green-winged teal.

Dr. Field’s previous research suggested that only small creatures survived the asteroid impact and its fallout, and that ground dwellers did better than birds that lived in trees, perhaps because of the wildfires that followed. That the Wonderchicken’s relatives survived to become today’s birds supports these hypotheses, Dr. Field said.

The fossil also helps to shed light on the path evolution took after this worldwide shock. The Wonderchicken’s skull “looks like if you took the skull of a chicken, added the skull of a duck, and divided by two,” Dr. Field said.

The back of the Wonderchicken’s skull was duck-like, and it had a chicken-like beak. This suggests relatedness with today’s waterfowl and land fowl.

Trevor Worthy, a paleontologist at Flinders University who was not involved in the study, said that “until now, we have had no fossil birds that can be considered the ancestor” of the duck and chicken group, or of the group that contains ducks, chickens, and most other birds. The Wonderchicken, Dr. Worthy said, “appears to fill that gap.”

It also supports an image that many paleontologists love: “that modern chickens and other fowl are living fossils, hardly modified since the days of the dinosaurs,” Dr. Bhullar said.

Thomas Stidham, a paleontologist at the Chinese Academy of Sciences who was not involved in the study, said that this is an “exciting discovery.” But other, less complete modern bird fossils from a similar time period have been found in the Northern Hemisphere. The Wonderchicken “helps to support those other, more fragmentary records,” he said.