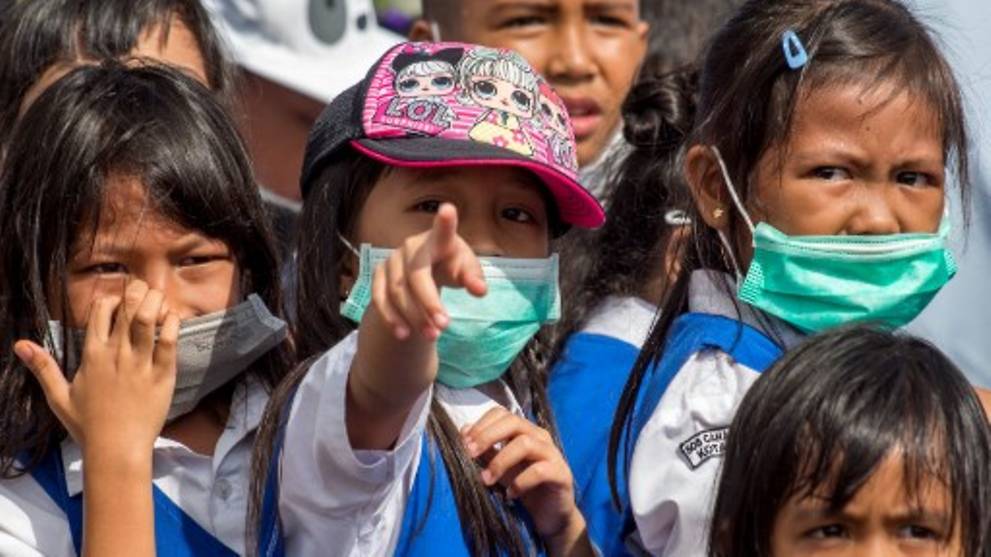 JAKARTA: Mr Fachri Muchtar developed a cough and had difficulty breathing after staying in a packed lodging in Jakarta’s Old Town for an event in early March.

He visited a referral hospital for COVID-19 in Jakarta on Sunday (Mar 15) and was immediately taken to the emergency ward for a blood test and X-ray.

The 21-year-old university student was then led to a decontamination room with five other people, who were all coughing.

By evening, his test results came back and he was told that he was a COVID-19 suspect patient.

“I was placed in another room with five other people. There were only three beds, so I had to sit in a wheelchair for the entire night.

“I was only given a bed the next morning,” he told CNA.

Mr Muchtar waited until the afternoon before he was tested for COVID-19. “A cotton bud-like device was inserted into my nose to take a sample of my mucus,” he explained.

He was told to go home and self-quarantine before returning to the hospital again on Tuesday afternoon for the second swab test.

Mr Muchtar was among the 1,592 people who were tested for COVID-19 in Indonesia as of Wednesday, according to statistics on the Health Ministry’s website.

National spokesperson for COVID-19 Achmad Yurianto said on Tuesday that the government is equipped with 10,000 test kits.

The number of laboratories to test COVID-19 will also be increased to at least 12 nationwide next week from the existing four, he added.

Just two weeks ago – when Indonesia reported its first COVID-19 cases – only one laboratory in Jakarta was allowed to conduct such tests for the entire country.

As the number of cases rose – the current tally stood at 277 with 19 deaths – worried Indonesians showed up at the referral hospitals, hoping to get tested for COVID-19.

Most have their symptoms checked and were turned away without taking the swab tests, leading to confusion and complaints among those who need to be assured that they are not infected with the coronavirus.

However, Mr Yurianto, the government spokesperson, explained on Tuesday that not everyone can get swabbed for COVID-19, and only doctors can recommend if a patient should be tested.

“We know that during the last couple of days there’s a panic where everyone wants to be tested.

“The swab tests, COVID-19 tests, can only be done if requested by a doctor. Not everyone can ask for it.”

A COVID-19 referral hospital in Jakarta also told CNA that swab tests will only be conducted if the patient’s medical tests show clear signs of the coronavirus infection.

WITH NO SWAB TESTS, PATIENTS UNCONVINCED THEY ARE VIRUS-FREE

Many patients have expressed frustration that they did not qualify for COVID-19 testing.

Their worries were compounded by a perceived lack of transparency surrounding coronavirus cases in Indonesia.

Ms Karoline Sinaga, 30, went to a hospital on Mar 3 when she developed a mild fever following her return from South Korea, one of the countries badly hit by the pandemic, in late February.

She was offered a “COVID-19 package” consisting of a chest X-ray and a blood test, but not the COVID-19 swab.

“I asked why I didn’t get the swab test and they replied saying that the COVID-19 package only has these tests,” she told CNA.

The doctor later explained to her that she did not need further tests because her blood test result and X-ray were normal. She did not show symptoms of COVID-19.

“I was both cautious and relieved,” she said, adding that the doctor had asked her to monitor her health for the next 14 days and to return to the hospital if she developed any symptoms.

The checks cost 1.4 million rupiah (US$91.87), which was covered by Ms Sinaga’s employer, a mining and energy firm.

Another 25-year-old woman, who preferred to remain anonymous, shared a similar experience.

She first went to a hospital in Jakarta on Mar 13 to treat her flu and cough, and witnessed a COVID-19 suspect patient being escorted out by personnel in hazmat suits.

She went to another hospital for a COVID-19 check-up the following day for peace of mind.

“Based on my blood test result and X-ray, the doctor said I was fine, despite an increase in white blood cells which he suspected was due to bacteria infection,” she said, adding that she did not have to undergo a swab test.

“While relieved that my test results were fine, I’m still not convinced that it is entirely safe for me to go home,” she said.

Ms Sinaga said the criteria for COVID-19 swab tests are not widely publicised by the government, which caused confusion among the people.

“It’s understandable (that people are confused), because the government has not educated the public properly on the procedure, and costs,” she said.

Mr Muchtar, who was still waiting for his COVID-19 test result, said he was disappointed by the government’s lack of transparency in sharing information on COVID-19 cases. There is a perceived lack of coordination among various agencies handling the outbreak.

“In my opinion, this is actually causing panic, because the information out there is confusing,” he said.

A health expert from think tank ThinkWell Global said that it is reasonable for the government and hospitals to only conduct swab tests on potentially positive COVID-19 patients.

Mr Hasbullah Thabrany told CNA that it is inefficient to test everyone.

“The cost is expensive, and it may cause people who have a high chance of having the disease to not being able to get tested,” he said, adding that this is about managing limited resources.

Mr Yurianto, the government’s spokesman for COVID-19, has urged people to self-isolate at home if they only display mild symptoms.

He acknowledged that people might be worried but they should not panic and rush to the hospitals.

“We will definitely serve them … but before we conduct a definitive test, self-isolate first at home. Wear a proper mask, conduct social distancing,” he said in a presser on Monday.