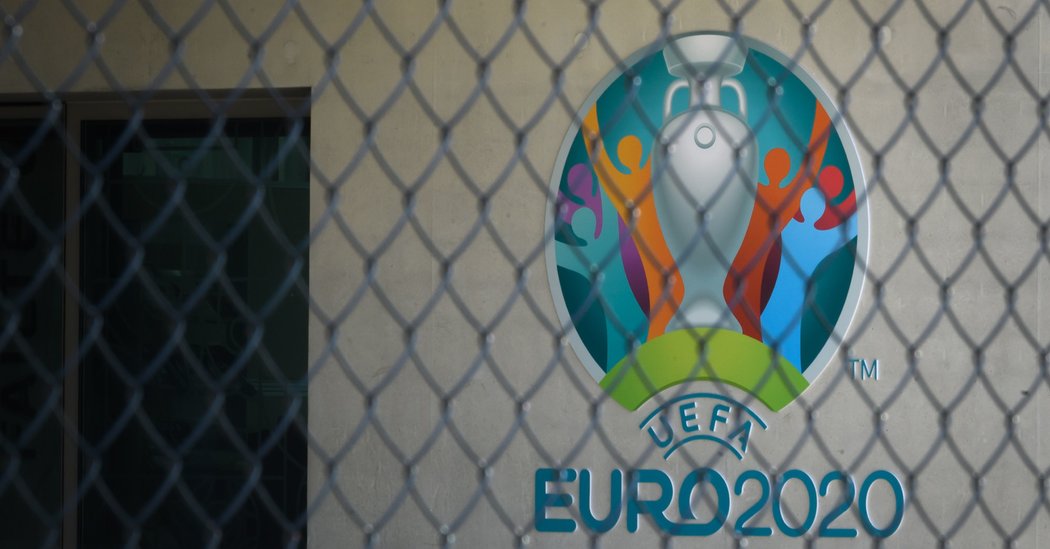 MANCHESTER, England — Power, it turned out, was the problem: Who had it, who wanted it, who would get to keep it.

Remove that, and present those who scrapped and bickered and threatened to paralyze soccer over it with something they could not barter or bully, and suddenly all the hard, red lines turned a soft, dusky pink. The powerless are in no place to argue over problems.

In the space of five days — though it has felt far, far longer than that — soccer has discovered a spirit of “unity.” Gianni Infantino, the president of FIFA, the game’s governing body, has noticed it. So, too, has Aleksander Ceferin, his counterpart at UEFA, the organization that oversees European soccer.

Somehow, it has only been a week or so since they were together in Amsterdam, at UEFA’s annual congress, the former offering an olive branch and the latter responding with a flex — posturing and peacocking that now seems to belong to another place, another world.

Back then, over there, FIFA and UEFA were at loggerheads, over control, over money, over everything. They were not the only ones: the clubs had their agenda, the leagues had theirs. Neither seemed especially concerned by what the players wanted, and nobody ever bothered to ask the fans. The organizers wanted more tournaments, or more of their tournament; more games, more prizes, more of everything, more of anything.

And then, as Juventus and Inter Milan and Real Madrid and Arsenal went into lockdown because of the coronavirus, and then as leagues across the world shuttered the doors, it became obvious the issue was no longer that there needed to be more, but that there would not be any, not for some time. There was no use, now, squabbling over power, not when it was clear, even to them, that something else was in control.

That powerlessness has yielded soccer’s new sense of unity. Over the weekend, representatives of all the sport’s stakeholders pored over contracts and ran numbers and held talks; just as important, it seems some of them might have listened, too. By the time UEFA convened the first of its conference calls this week — first with Europe’s leagues and clubs, then with the Continent’s national associations — the framework of a plan was in place.

In turn, that creates the space and slack in the calendar not only for UEFA to possibly complete its own current club competitions — the Champions League and Europa League — but for the continent’s national leagues to find a conclusion to their current seasons, too.

Ideally, UEFA said, that would be before June 30, the date at which the “current sporting season” ends and — more important — a whole raft of contracts expire. If not, UEFA will look at adapting the qualification processes for next season’s Champions League and Europa League to create yet more space.

There is an acceptance, of course, that none of these plans may be possible, that this season may yet have to be annulled entirely, or finished prematurely. There is no pretense of a return to power.

For its part, FIFA has postponed its revamped Club World Cup, scheduled to be held in China next year; it has yet to set a date for when it might be played. A few hours after UEFA’s declaration, Conmebol — the South American federation — confirmed it would move its showpiece tournament, the Copa América, from this summer to next, too. The Africa Cup of Nations, originally set to be played next January in Cameroon, has been postponed indefinitely.

Now UEFA, together with Europe’s leagues and clubs, must begin figuring out how to play the rest of this season to some sort of satisfactory conclusion, just what to do if that is not possible, and how to help those leagues and clubs whose very existences are threatened by a shutdown that could last for months.

“I felt that today at this meeting it was the meeting of solidarity. It was a great feeling to see how much solidarity European football showed today. I would say this is the biggest crisis that football faced in history. But it’s also a possibility to reset some things.”

When it announced its emergency meeting last week, UEFA made clear to the various invitees that everything would be on the table, that there would be no red lines, no taboos, nothing set in stone. Ceferin’s optimism is such that he clearly — and to some extent justifiably — believes that the approach has worked.

Yet so many of the things now under consideration were judged completely unthinkable only last week: a major confederation — or three — shifting its grandest occasion; Champions League fixtures being played on weekends, traditionally a sacrosanct time for domestic action; FIFA’s agreeing to delay a competition that Infantino has spent years promoting and selling around the world.

But this, sadly, was not the test. That is still around the corner, as the clubs and leagues try — as much as they can, given that the spread of the coronavirus is still wildly unpredictable, that there is no way of telling when sports may be able to resume, or, crucially, when a beleaguered and possibly broken public will have any tolerance for it — to find a way to finish this season, and play the next, in the space of a year and three months.

The red lines might have disappeared, but the straight lines have not. There is “flexibility” now, as Ceferin said, but only so much. UEFA did not have to name a date for the Euros to be played; not yet. It could have simply said it was not to be played this year.

Instead, it has effectively set a deadline. It is now, for example, not possible to use this as an opportunity to prepare global soccer for that other great jolt coming down the line — this one self-inflicted — when Qatar hosts the first December World Cup, in 2022. Playing the European championship this winter might have given the game a chance to align its seasons two years in advance: to play full seasons in 2021 and 2022, each of them finishing in November, in the buildup to that tournament.

That option, now, has disappeared. There may well have been good reasons for that; none of these solutions are easy. But nor are they urgent. If there is one thing soccer’s administrators are not lacking, all of a sudden, it is time.

Now there is pressure on the clubs, on the leagues, on UEFA itself, to find a solution that enables next summer’s Euros to serve as the crown on a full domestic and continental campaign. That will be easier said than done. UEFA has, even in its moment of magnanimity, even when it is not in control of events, managed to set the timetable. Perhaps, after all those years of practice, power does not cede easily after all.