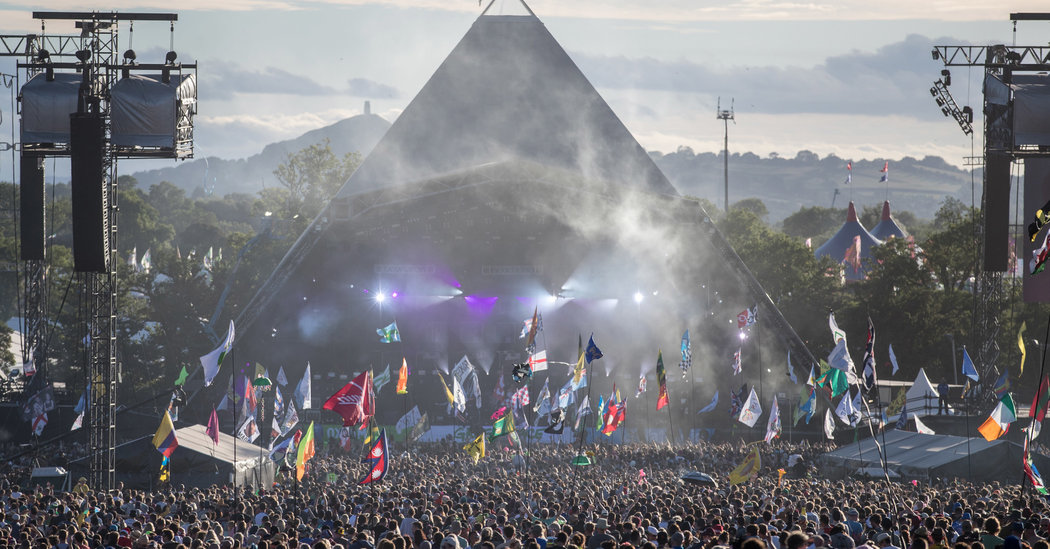 LONDON — Glastonbury, one of the world’s most prominent and pioneering music festivals, announced its cancellation on Wednesday in a statement on Twitter.

“Clearly this was not a course of action we hoped to take for our 50th anniversary event,” said the statement, signed by the festival’s organizers, Michael and Emily Eavis. But with the coronavirus pandemic growing, they added, “this is now our only viable option.”

The move comes two days after Prime Minister Boris Johnson of Britain urged the public to avoid large gatherings and to self-isolate. Museums and theaters shut their doors soon afterward, but many had hoped matters would improve in time for the summer festival season.

“We are no longer able to spend the next three months with thousands of crew here on the farm, helping us with the enormous job of building the infrastructure and attractions,” the statement added of the festival, which is held on a farm in southwestern England.

The festival, which is attended by about 135,000 people, was due to take place from June 24-28 and be headlined by Kendrick Lamar, Taylor Swift and Paul McCartney.

All ticket holders will be guaranteed a ticket for a festival in 2021, the statement said, though is not clear whether the acts on the 2020 bill will perform at Glastonbury next year.

The cancellation follows a move by organizers of the Coachella Valley Music and Arts Festival, the giant pop festival in the Californian desert, to postpone this year’s event until October amid concerns about the coronavirus.

For decades, Glastonbury has been the most important event in Britain’s musical calendar. Michael Eavis, then a 34-year-old farmer, started the festival in 1970 after sneaking into the Bath Blues Festival, the first such music event he had attended.

“It just turned me on, the whole thing,” he told The New York Times in 2015. “I had the land and I had the farm, and I thought it was a wonderful idea.”

Tickets to the first festival cost 1 pound — about $1 — and came with free milk from Eavis’s cows and an ox roast. It was supposed to be headlined by The Kinks, but they were replaced at the last minute by Marc Bolan, a glam rocker, who arrived at the site in a car covered in velvet, Eavis told the BBC in 2008.

Since then, Eavis has run the festival through financial troubles, as well as people knocking down the security fence to get in for free, each event increasing the festival’s mythical status. It has been headlined by a who’s who of British music, and more recently by acts like Beyoncé and Jay-Z.

Today, the festival is mainly run by Eavis’s daughter, Emily.

Glastonbury’s organizers said in the statement that there would be “severe financial implications” as a result of the cancellation, “not just for us, but also the festival’s charity partners, suppliers, traders, local landowners and our community.”

But their statement ended on a hopeful note. “We look forward to welcoming you back to these fields next year,” it said. “Until then, we send our love and support to all of you.”