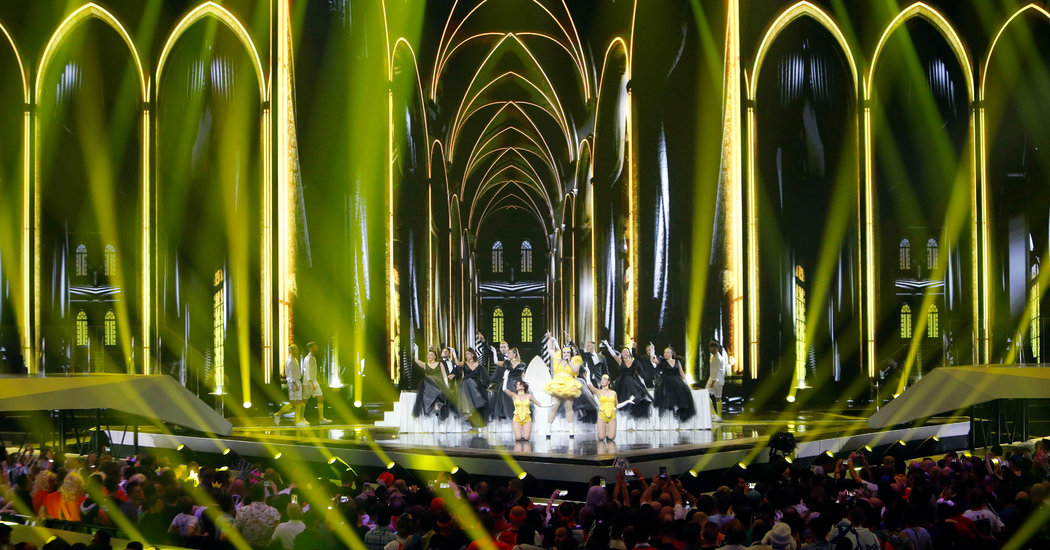 LONDON — The Eurovision Song Contest — Europe’s longest-running, most popular and perhaps its campiest talent competition — has been canceled because of the coronavirus pandemic.

“Over the past few weeks we have explored many alternative options to allow the Eurovision Song Contest to go ahead,” the European Broadcasting Union, which organizes the event, said in a statement on Twitter on Wednesday. But no solution worked, it added: “It is impossible to continue with the live event as planned.”

The final of this year’s contest, which would have involved acts from 41 countries, was scheduled to be held in Rotterdam, the Netherlands, on May 16. The country, like much of Europe, in an effort to stop the virus.

This year will be the first time the competition — known for its over-the-top acts — has not taken place since it started in 1956, said Chris West, the author of a book on the history of Eurovision.

Some countries have chosen not to take part in the competition before, West said in a telephone interview. Turkey has boycotted Eurovision since 2013, when it expressed dissatisfaction with the voting rules. In 2018, the head of Turkey’s public broadcaster said the boycott was also partly because some past winners, including the drag queen Conchita Wurst, had gone against Turkey’s social values.

Eurovision is mainly a television spectacle, with people around Europe — and to a lesser extent in Australia and the United States — gathering for viewing parties and casting telephone votes to choose the winner. Juries representing each country also contribute.

Last year’s contest, won by the Dutch singer Duncan Laurence, was watched live by over 180 million people. Thousands of fans also travel from around the world to watch the finals, which are held in the country that last won the title.

“I do think it’s the responsible decision,” West said about the cancellation of this year’s event.

The atmosphere would have been altered by the coronavirus crisis anyway, he said. “It would be rather different — a bit like football matches played to empty stadiums — it wouldn’t be the same thing.”

West said that the European Broadcasting Union could have tried showing recordings of the acts and have the public phone in votes. But even that might be untenable, he added, as it would still require the host and judges to gather in television studios.

The statement from Eurovision’s organizers said discussions would be held with the Rotterdam and Dutch authorities about the 2021 contest.

Almost all of Europe’s major cultural venues are now shuttered in response to the coronavirus pandemic, and many major events have been canceled or postponed. Eurovision’s announcement came just hours after the Glastonbury music festival was canceled for the year.

A few events are still holding out, including the Cannes Film Festival, which is scheduled to run from May 12-23.

On Saturday, the French newsmagazine Le Point published an article in which an anonymous member of the festival’s board was quoted saying that this year’s film festival would not take place. But the organizers have denied that any decision has been made.

“Despite some sensational headlines, there is nothing new to say,” Aïda Belloulid, the festival’s spokeswoman, said in a text message. She said a decision would be made in mid-April.